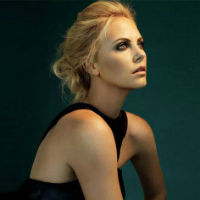 Standing at five feet and nine inches, Trisselyn finds herself at a slightly higher than average height for a woman, though this advantage is often accentuated by the slight heel in the boots that she wears. Blonde tresses flow down the woman's shoulders, reaching just past them to frame her rather gaunt countenance. Olive-toned skin wraps around Trisselyn's hazel eyes, her expression never quite forming a smile. While not lacking entirely in warmth, the woman's lips often form a pursed expression, her eyes studying those about her. Ever curious, the quality shows itself in Trisselyn's demeanor, her shoulders often hunching forward and towards those that she is engaged with. Often enough, however, the woman will keep her distance, preferring always to be far from others, as if observing them with a clinical, detached methodology.
Personality
___________________________________________________

Detached - When Trisselyn finds herself in times of study, often times she will temper her curiosity and not immediately approach the target of her curiosities. By no means one to rush herself or become overly engrossed, Trisselyn's obsession does not get in the way of the clinical approach that she takes when attempting to understand the world around her.

Intelligent - Behind the ever patient and calculating eyes of Trisselyn exist a cool intellect that ties into the very nature of her being. This intelligence leads her to make rational decisions rather than impulsive ones, emotions find themselves taking the back seat in favour of an unwavering dedication to reason. This mask of reason is only impeded when the woman is genuinely surprised, or if her ability to pursue that which she wants to study is taken away from her.

Obsessed - The mask of reason that Trisselyn dons does not get in the way to her unwavering dedication to furthering her knowledge. Best demonstrated in her pursuit of mastery over the arcana, Necromancy, Trisselyn's time, effort, and her very existence are dedicated to the pursuit of perfection above all else. She believes in perfection as a standard rather than something to aspire for, she will often abandon her reason when her own mistakes create a sensation of frustration. Self-directed anger is often the only sort of anger one would see emerge from this woman.


[img]https://s-media-cache-ak0.pinimg.com/23 ... e34b48.jpg[/img]
For Trisselyn, life had never truly felt complete. As a child, she had always felt rather out of place. A quiet individual by nature, Trisselyn found herself living a reserved life. Rather than enjoying time playing outside with her fellow children, she sought instead the seclusion of her home, the journey that a book could offer infinitely preferable to one taken with her feet. Going through her primary education in the Warrick region of Rynmere, Trisselyn's family was then uprooted when her father was informed of a business opportunity for him in Viden. With little left in Rynmere to continue on with, Trisselyn's family took her along on the journey, arranging a carriage to take the three to the frozen city of the north.

Twelve days into the journey, Trisselyn heard the wheels begin to grind to a halt, her father calling out in frustration as he exited the carriage to see what had transpired. However, as he did, the vehicle was assaulted, bombarded by a dozen bodies as they shambled forward, throwing it to its side. Wheels continued to spin as all three of the passengers were pulled to the outside world by rotting, disgusting husks. Neighs could be heard, curdled with blood and obviously agonized. Thralls fed upon the bodies of the carriage's horses as they fell to the ground, a tall figure looming over the fallen bodies of Trisselyn and her family. Reaching forward with one hand, the figure pulled at the Weave of mana, willing Corrosion to rip apart at the flesh of Trisselyn's fathers, anguished screams filling the air before, suddenly, there was nothing. Falling to the ground only to rise moments later, the fallen corpse of Trisselyn's father shambled over to her mother, whose tears were ignored, her body torn apart by the grisly visage of Trisselyn's father.

With the death of her parents, Trisselyn knew that her life was over. She looked forward at the curious face of death, her features utterly broken, dried tears caked against her cheeks as she stepped forward to face her to-be killer. She said nothing, expecting death, but instead, she found courage. She looked resolutely upon the visage of the destroyer of her family, uttering four words to him, "Take me with you." The request, born of Trisselyn's desperation, piqued the man's interest. He acquiesced, taking Trisselyn with him on his journey. The child did not go to Viden that day. No, she followed this being, this Lich, as she'd later find out, to the ends of the earth.

For years, Trisselyn acted as a servant to the Lich, who introduced himself as Gavin, learning nothing from the man but pain and rejection as she watched him invoke the powers of Arcana that he so selfishly kept to himself. Life had become a thrill for her, however, as she watched this being's work so close up. When Trisselyn turned 16, her tutelage in the art of Necromancy began in earnest. First tasked with the re-animation of animals, Trisselyn's powers grew with time, thralls raised from humans and beast alike, the practice of re-animation turned into a beautiful art that was represented by the mimicry of life. As part of her understanding of Necromancy, Trisselyn pushed herself towards the field of medicine, acting as her own doctor for the years to come.

When the Necromancer grew into adulthood, Gavin took a backseat in her education, instead commanding her to teach herself, for the will of Ellasin the Necromantress needed carrying out. Trisselyn was assigned to be Gavin's eyes and ears in the city of Etzos, where she begins her journey, seeking to find a place in the city with her talents and keen intelligence. Gavin's watchful eye is ever present in Trisselyn's eyes, but she had learned to not rely on him, reporting to him twice per season on her findings.


It has four walls and maybe a bed.