A fantasy RPG forum with Immortals, Magics and where players RP in a dynamic, changing world called Idalos.

Staying updated with the latest news! 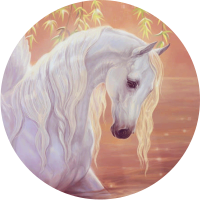 The Rebirth Cycle has Cylus (30 Trials) and then Ashan (123 Trials) which are open for you to play. All new threads from February 1st 2022 - May 31st 2022 should be timestamped within one of those two seasons.


We're rolling into the new Cycle. The Rebirth Cycle marks the winter and spring season of the Arc, and begins with the season of Cylus. Long cold days leave the world in a constant state of twilight. Living outdoors becomes extremely difficult due to the icy temperatures and flora and fauna suffer during this time. Grass dies making livestock, who need to eat more to survive the harsh conditions, difficult to feed, and a lot of trees fall into dormancy, slowing down their metabolism and energy consumption in order to survive the season until the sun comes up again.

While the days slowly tick on, the sun begins to sink to the horizon before finally being blocked by one of Idalos' slow orbiting moons. The stationary effect of this moon, however, is partly due to the Ellune and their dormant ruler, Treid. His influence over the moons, and his less than favorable views of Faldrun, prevent the moon from showing any light for 30 trials. A curse he enacted to punish Faldrun for his backhanded and wicked ways, Treid was incapacitated by Audrae before he could remove it. Now the world suffers sunless for 30 trials an Arc, until the light of Ashan touches it once more.

Cylus lasts a total of 30 trials (days). It is the deepest winter on Idalos. However, each region will experience the effects of this seasons differently.

As Cylus closes out, Ashan begins, and slowly, the world begins to see spring. The first few weeks of Ashan are rigidly cold. Though the sun finally makes its appearance from Cylus, it takes many trials before the ice melts away into puddles, blooming flowers and grass. Ashan experiences a cold period, lasting for a quarter of the season before the temperature finally heats up enough to begin sowing crops for the Arc. Ashan is mainly known for it's spring weather, gentle breezes, and the rebirth of plant life. Barren trees slowly sprout buds of leaves and flowers, releasing a green haze of pollen while green grass grows slowly from the wet soil. Dead leaves from the previous season are swallowed up during this cycle, providing nutrients for new life growing from the ground.

Ashan lasts a total of 123 trials (days) while experiencing pretty moderate weather. Later in the season, rain clouds become a common thing, depending on the environment. The temperature begins to heat up while the green haze of pollen dies away and the budding plant life fully sprouts into bushy trees, thick grass, and lively, colorful flowers. As the season closes, the temperature rises, ushering in stronger storms and much hotter weather.

All active threads from the Cold Cycle of 721 are now grandfathered. New threads must be timestamped as Cylus or Ashan 722 or be a Memory thread, if applicable (only playable on a season before you began playing your PC). If your PC lists their age in their CS and has a birthday this cycle, be sure to update their age.

We are enormously sad to bid farewell to Maltruism as a staff member. He has been on Standing Trials for many years and is an absolute rock when it comes to staff. However, sadly, real life means that he is no longer able to give the time he wants to and, so, he's taken the decision to step away from staffing. It is hard to describe his contribution, it's so vast, and he will be very sorely missed. In typical Malt fashion, he's got Etzos to a point where we can run with it's story and we very much hope to see him have some time to play his pcs. He has our enormous gratitude.


Global Event!! Here There Be Dragons 2: There Are Still Dragons! !!

Following the events of Ruin's Dawn, the return of dragons and death of Immortals are still rumours to the general populace. If there is an IC reason for your PC to know, then they do - but for most it's just growing more and more likely. Specifically, we have:

Immortals There are conflicting reports but it is more and more likely that Immortals died. By the end of this cycle it will be commonly accepted who died and Valtharn becoming an Immortal. Thetros being returned to his Mortalborn state and the existence of the Ascension Fracture in the ruins of Anox's Folly, in eastern Nashaki, are both still very vague rumours and you'd need an IC reason for knowing them.

PCs There were people involved in the waking up of dragons and their names start to be known in relation to this.


Cities & Areas Open and Supported by City Mods
The following Cities are Open and have City Moderators presiding over them. This means they will have active Calendars, Events, and will moderate threads for players. These city moderators are on hand to provide active support for their cities.

North
Viden - Is still closed - we didn't get to it, sorry! Will be reopening next cycle with Avalon and Pegasus as mods.

East
Scalvoris - Pegasus, Avalon & Vulpes~ Please note this is the city we advise new players to begin
The Eternal Empire ~ this will be opening this Cycle (we're aiming for March) under the auspices of Basilisk and Vulpes. Watch for announcements!

Cities Under Active Development
The following cities are under active development, with the intention of opening in the future.

Viden is getting a facelift

If a city or area is not on the above lists, it is currently not moderated and/or not being actively developed. However, you may still post in that city by posting in the regional wilderness, adding the [City Name] at the front of the post title.

Unmoderated Cities
We are aware that people may want to write in currently unmoderated cities for all sorts of reasons. Therefore, we've made it easier for you to do so.

If you'd like to see more active / open cities - consider applying for staff? There's all sorts of roles and the more of us there are - the more we are able to offer city-specific moderation!

Rather than something every month, which I realised will overlap with this - I'm going to put the Community Updates here.


Currently, staff are working on the following:
word count: 2750