The air within the Four had lightened considerably as remaining hours of the day dwindled, Patrick had retired to the bar for that considerable eve since the cycle drew to a close. Many of the locals were outwardly gracious that the heat would finally pass, and with it a cycle full of harvest and snow followed afterwards. There were a lot of things learned the past couple of seasons for Patrick, as well as a few new things he had to appreciate just as much as the locals did. Only they didn't revolve around the weather or cycle's end...

No just the end of a nightmare in his dark and lonely world, now that he sat at the bar with a mug of ale in one hand. Patrick often wondered what'd he do if he ever figured out how these blessings worked, but never did he plan on one of them being an additional gift granted from the Immortal that freed him. Qylios. What did She ever see him, he could never quite wrap his mind around the matter at all. He was impulsive and rash at times, hardly considerable towards others unless they were friends; hell he wasn't exactly 'leadership' material the more he thought about it.

Plus with all the blood metaphorically dried on his hands...

He felt it an honest mistake but seeing the glowing halo around his wrist, Patrick couldn't help but breathe a sigh in regards to his feelings on the matter. They were contrary to the truth really, what Qylios saw in him during the showdown on Faldrass was enough to impress. While he might not have felt worthy of the blessing, it had been given to him regardless and he reluctantly accepted it. Often at times he felt overwhelmed by the ring around his wrist, as the Celarion mark glimmered too brightly for his standards.

Or perhaps that was just his eyes playing tricks on him, either way he still had a brother to resurrect and no means of finding a pendant...

"It's gotta be a sign y' know," A local fisherman seemed to remark to his peers at a table behind Patrick. He had little inclination to eavesdrop on them, that is until this 'sign' seemed something of value to regard anyways. "I mean de guy's always ravin' on 'bout tha fact he's from Rharne, but do y' think he could actually 'be' the one t' find it?"

"Doubt it," another scoffed at the fisherman, "pretty sure he didn't get off Faldrass if he was caught in the thick o' it."

"No he did! So far as Oi know e'ry body was evacuated!"

"Aye! E'ry one got off but apparently it was close, dem folks at Smooglenuff manor all played a role innit."

"S'why the Rharnian's gotta be the one, y' know that'd come back fer his sword eventually!" Patrick admired this guy's favoritism but at the mention of a sword, his curled lips loosened as he lowered the mug and eased backwards some.

"Y' really tink that ol' tings what he's here for?"

"Why not? Qylios favored him at the end of the event, and from what Oi hear he's got a dead brother he talks to. Pretty much exactly what the old fisher's tale goes!"

"Aye, I remember!" Another chimed as the thought seemed enthusiastic. "The sword o' light which'd been hidden away in the mountains, Oi'll bet that's where the guy's gonna go next if he's lookin' fer it."

The Rharnian couldn't help but grin just a little as he relaxed and started to drink from his mug a bit more, his brother suddenly appeared in the seat next to him at the bar. "You look a little amused." He pointed out with arms folded as he rested against the bar, or more or less pretended to since ghosts really didn't sit or lean into things...

"They think I'm some kind of hero, looking for glorified lost treasure." Patrick remarked quietly as he sipped from his mug.

"So what if they're right? That sword could be worth something one way or another." The Echo responded with a curious look to his younger brother. "You can't tell me you're not curious about it."

"Oh, I am curious..." He admitted to the older sibling. "Whatever this sword is, it's clearly connected to somebody from Rharne. How it ties me into the myth is beyond me, but regardless it's something I plan to investigate."

"Really?" Dominek looked at him speculatively as though he were surprised.

"Like you said it's worth something," Patrick reiterated with a hinted gesture of a shrug, "besides if it's really something meant for me, then it could be useful for the difficult fights to come." And he had a great deal of them of that he felt sure of, the main one being the fight between him and that Ishkahl thing he encountered. Where was the sword hidden again? The mountains they said? It'd pay to be extremely careful where he wound up, since his first visit there resulted in meeting that girl who liberated him of his Spark.

Plus if he actually possessed such a sword and it really did have this power over light they mentioned, then maybe it'd be the perfect too for him to use now that he was a free agent. Imagining him possessing such a weapon he couldn't help but grin a little wider, and the itch for adventure nearly stirred him out of his stool. "Tomorrow we start preparations, we'll leave for the mountains shortly after we're ready!" He remarked with another tilt of his mug as he started to guzzle the rest, his brother Dominek lightheartedly chuckled as he watched Pat finish off the ale in seconds.
word count: 1005
"Freedom is everything."

Re: Shadow Touched With Light 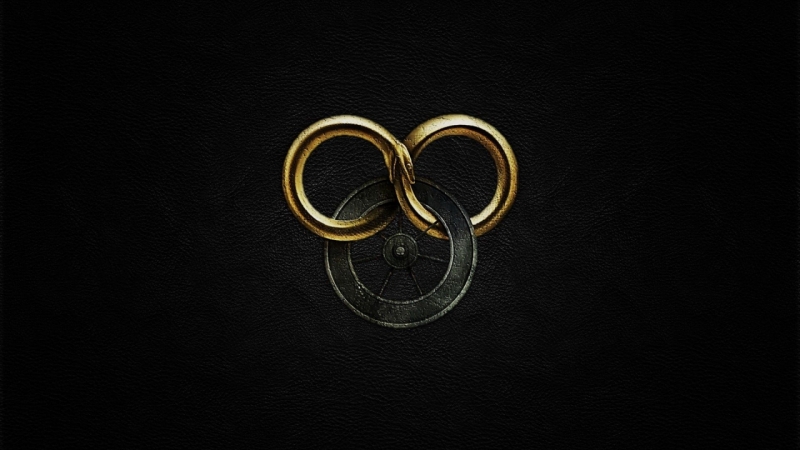 
Overview
I have no idea what the context of this thread is but I'm just imagining Patrick like pulling a sword from a stone now, King Arthur style.