His renewed onslaught caught her by surprise and she barely managed to block. The hit made her arm shudder, the energy pulsing through her arm so that it dropped, leaving her open for his attack. She moved her sword to counter it, but it still glanced through and landed a stinging blow on her hip. Elyna retreated, paused for a moment before grinning, holding back laughter that had risen out of no where. She looked up, meeting his dark gaze “I’m sorry, that was a low blow, attacking when we were talking,” she tilted her head to the side, keeping both weapon and shield lowered. Her shield arm was still vibrating, so she shook it out again before giving up and putting the wooden block down, resting it against her legs. She raised a hand in defeat.

“So…what do we know? Is there anything that’s for certain?” There was a dead man on the steps, that seemed the only accurate knowledge, she pushed her hair out of her eyes, “do-,” she hesitated “would you think…will you come back to train more often? I like your style, it’s different to some of the others I’ve encountered,” and she had enjoyed their match. Her breath started to even out, she flexed her free fingers before pressing them across her body where the wooden blade had struck. They should have maybe worn padded armour. She could already feel the bruise rising in a lump and bit back a smile. Maybe there really was something wrong with her. She was a glutton for punishment.
word count: 274
Top Malcolm struck the face of his shield victoriously before putting it down, though he was sure had they been using real weapons, he would have come away a lot worse off. Still, Elyna was humble in her defeat, "You were quite right to take the opportunity," words partnered with a half-smile, one that saw his eyes narrow mischievously, "sometimes you have to play dirty in order to win."

Again the conversation fell to their work mystery once more and with little more to offer on the subject, Malcolm raised his shoulders in a measured shrug, his right hand closed over the left shoulder as he once again rolled it forwards in order to try and get comfortable. Wasting no time following the match, the knight went about cleaning up after the two of them and took up Elyna's sword and shield along to his own to return to the keep, "I'm sure I can make time," he agreed, "does this time suit you best, or is their a break more convenient?"

Malcolm liked training of an evening, it always saw that he slept well, something he had found hard to come by as of late. Perhaps that had been the reason he had decided to start getting back into shape, or as he had led his wife to believe, it was because he didn't want to look too rusty when Marcus came to visit, due early next season. With the gear packed away, the knight was free to gather his things and head home, but not without offering his apologies first, "Vaughn," he said gently, "it's not you, he's always pleased himself," Malcolm offered a kind, yet somewhat disappointed smile before pulling his cloak over his shoulders to fasten about his neck, "how does three days from now work for you?" Malcolm asked, he wanted to give his shoulder some time to recover and leave the schedule for Elyna to decide on.
Last edited by Malcolm on Tue Oct 08, 2019 11:33 am, edited 1 time in total. word count: 336
Top

Her grin, now that it had been coaxed out, was set to remain for a few moments longer and she replied without thinking; “but they’ve just spent so much time cleaning me up.” Elyna shook her head at herself. She’d been a bit rougher around the edges than she cared to admit, being an Airman had smoothed some of those parts of her.

“An evening suits me fine,” she agreed with a polite nod. She would make sure she was early enough to practise her archery first as the year started moving through the warmer seasons. There was so much practise to do and so little time. She was keen to see what could be learnt from a varied style of fighting that Malcolm presented. Elyna returned to her pile of belongings, again, as she turned away from him she felt an undeniable sense of relief. Impossible to pinpoint but she felt drawn to him and yet reluctant to engage in equal measure. He seemed pleasant enough and perhaps he would be a good friend or mentor and yet…something told her to keep him at arms length. A safe distance. She watched his movements as he kindly collected their gear. Where had this suspicions living come from? And the temper that was always straining to be set free. Elyna had never been an angry person, always restless. The Skyrider struggled to know herself these days and it only served to make her more frustrated. She couldn’t trust herself anymore.

She retrieved her jerkin, hooking it over her arm after fastening her sword belt back into place and Malcolm surprised her again. Perhaps that was what kept her on edge, she couldn’t predict his words or actions. Her surprise was clear before she remembered to blink, “Oh…” she swallowed, “well three days is fine.”

The words hung for a moment in the air and let out the breath she had been holding, “it wasn’t Vaughn,” she couldn’t accept an apology that was so unnecessary. “We were ill-suited, I think at the end of the day…I…” she shifted her weight between her feet.

“I…we both could have…” she stopped struggling for the right words and lifted her shoulders, shrugging in defeat, “It's impossible to always be your best self.”

She would settle for simply feeling like herself, at all. Elyna found herself wondering how far she'd have to travel, or how much time would pass before she found that sense again. What if it never came back?
word count: 435
Top

Experience Award: General Lore: Specific Lore Notes: You’ll be swore for the next few days, but no significant injury due to strain.

Experience Award: General Lore: Specific Lore Notes: Similarly, no injuries save soreness over the next few days. Malcolm should be painfully aware of the difference between now and his youth. It might behoove him to seek out a masseuse or begin practicing and stretching to limber up his muscles.


► Show Spoiler
Well done guys. I really enjoy the interplay you both have off eachother. The technical terms used in archery and throughout the thread were never too heavy handed. You played out a conversation amidst combat very visually. It was always galling to watch people swing away at each other and rant long diatribes. Keeping dialogue short and terse throughout the combat helped suspend the reality of the moment. Looking forward to more from you two.
word count: 278 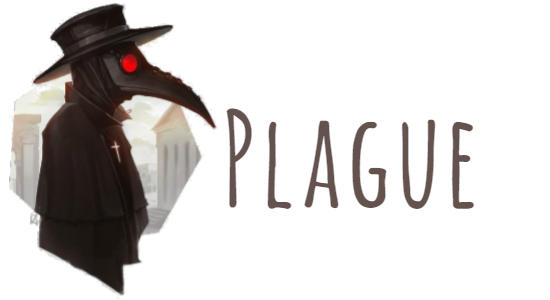