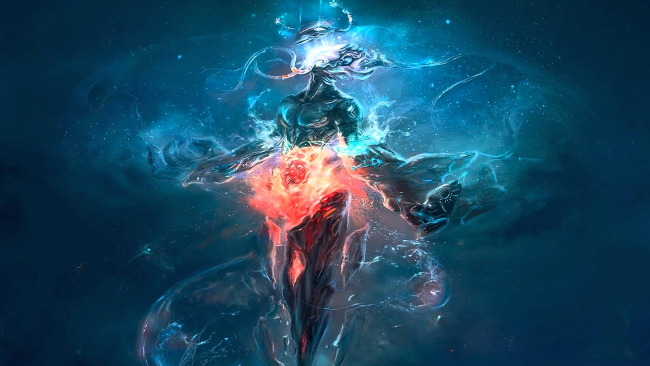 Immortals were born of need. The Originals designed them to divvy up the tasks which the Originals now saw as too much for them, an idea and process conceived by Delana. Each Immortal was originally designed to be a copy of the Original that made it, but more limited. For whatever reason, it didn’t happen that way; each Immortal was created their own individual.

They became less the proxies their creators tasked them to be and more children, the creation having far more scope and self determination than the Originals had ever thought or intended. Each Immortal was born from creation with a specific set of Domains to oversee, their own set of relationships, opinions, and ideas…enough so that it became hard to tell which Original each had sprung from.

It should be noted that all Immortals are capable of taking on a variety of appearances. Some take full advantage of this, others less so. Please see individual Immortal pages for appearance.

The Shattering ended the Originals unexpectedly, they were destroyed one by one within moments of each other, leaving the Immortals to care for Idalos. Soon after the Shattering, some of the Immortals pushed their limits and discovered that they were not anywhere near the equals of the Originals in power. No Immortal could create another Immortal, and the act of creating a new mortal races brought Fracturing, the lattice of glowing white scars racing along the Immortal’s form. Although they could hide it from each other and mortals with effort, it was a reminder of their own limitations. They do not know how close they have come to sharing the fate of their predecessors; a fate which even the Immortals still do not fully understand.

The Immortals persist in the present day and age, plotting against each other and ruling the Domain(s) they were granted from the beginning. Some see this as responsibility, others as a blessing, still others a curse. Each Immortal has cultivated an identity built on centuries of time and interaction with each other. While they take the form of mortals, their minds and souls are beyond a mortal’s complete understanding. Each Immortal is still coming to understand themselves and their roles in Idalos. Most cannot maintain the distant god-like structure of their parents and struggle with how divided they should be from the society that defines them, and provides them with the worship and devotion they need to increase in power.

The truth of Immortals is that they are capable of being myriad in one. Like the Originals, their powers are vast and, largely, immeasurable. When an Immortal walks on Idalos in a mortal form, they might be walking in their true form, or using a body which is simply an avatar of their true self, or even mortal bodies constructed to place some of their essence into. However, it must never be forgotten - the Immortals are gods and, as such, their power is immense. Their power is so much greater, mortals on Idalos are unable to tell what the nature of the form in front of them is when faced with an Immortal. Even if it is merely an avatar, the power differential is so huge as to be overwhelming. 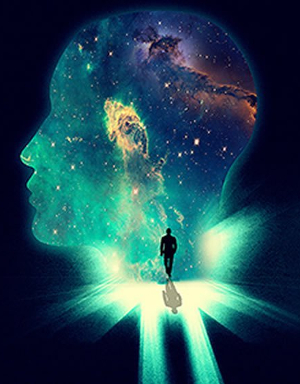 An Immortal is always much faster, stronger, and hardier than any of the mortal races ~ apparently impossibly so. The bare minimum for an Immortal is beyond the upper limits of mortality, and then some.

They have the choice to appear however they wish, including growing, shrinking, or altering themselves as necessary, with some choosing, at times, to take massive shapes, others to appear like the races who worship them. Even the most peaceful of Immortals has combat experience and abilities well surpassing the limits and skills of mortal practitioners. Those that excel in combat are more terrifying still, their abilities like none ever seen before. Even the greatest mortal warrior, mage, medic or smith is as an untrained novice when faced with an Immortal, especially one whose Domains those skills fall under. No mortal disease, infection or illness will harm an Immortal

There are a number theories which are prevalent regarding the vulnerabilities of the Immortals. The form they are walking Idalos in confuses this issue even further, as it seems that there are different rules depending on whether they are wholly walking the earth or presenting as an avatar. It is believed that one must kill the whole of the Immortal, if the death is to hold.

Should the Immortal be walking Idalos in an avatar form and the avatar dies, a Major Fracture is created at the physical location where it happened. Depending on how much of the Immortal was in the avatar might well impact what happens to the rest of them. Some suggest that this might explain the permanent state of Treid, but that is ~ as all of this is at this point ~ conjecture.

It is theorised, following reports of Cassion’s Gambit that an Immortal can inhabit their Champion. If that body is killed then the Immortal simply withdraws and the Champion dies. This leads to the question of - what happens to the Champion if the Immortal is killed while a portion of them is inhabiting the Champion’s body? The current theory is that the Champion's mind and memories, [i]as they were at the moment of becoming the Immortal[/i] snap back into the physical form.

An Immortal does not have the same choice as a mortal might. Raskalarn can never free herself of being a conqueror (nor would she even consider it), and Kata can never be restored to sanity. The Immortals are tied irrevocably to their domains, forced to be the people the Originals made them as. While many Immortals recognize this contradiction to their power, the lack of freedom to change, they have no way to move past it.

Immortals are not capable of killing each other. If they were, not as many would have survived to the current arc. Frustratingly, Immortals are actually built to support each other. When even one additional Immortal is present, the regenerative powers of each Immortal are magnified immensely. It is literally impossible for an Immortal to slay another when in each other’s presence, without some intervening means. This does not, however, stop them from being able to inflict grievous harm, capture, paralyze, or otherwise incapacitate their brethren if needed.

Devotion gives an Immortal strength, be that direct religious devotion or more obscure forms of such.While an Immortal does not need Devotion to exist, it does give their own powers a significant boost and allows them to mark more souls as their own, and under their purview. That same reliance is a weakness. Intent, so necessary for an Immortal to draw additional power, can be turned against them and twisted into a weapon.

It is believed that one of the only ways to kill an Immortal is to have a mortal do it, should they have a pure enough will to do so. Immortals are strengthened by the actions, intentions and devotions of mortals. The more they have directed to them, or falling into their Domains, the more powerful they become ~ so it makes sense that as they can not strengthen each other, so they can not harm each other. Yet, mortals can do both.

The Devotion to kill makes mortals dangerous and powerful, but not so much so that it outweighs the power they can add to an Immortal’s strength. Immortals must walk the line between seeming enough of a god to discourage attacks and accessible enough to engender worship.

Immortals can perish, but their Domains remain. Even those marked by an Immortal will keep the mark upon their soul, even if there is no Immortal to advance it. Although it is not known whether this has ever happened, it is believed there is a way for a marked of exalted or higher to ascend to the position of the previous Immortal, giving themselves completely over to the power and ‘becoming’ the new Immortal. The identity of the Immortal would meld with that of the chosen. If Famula was killed, an exalted of hers or champion could take her place, and become a new Famula. It would be Famula, no longer the mortal follower but a composite identity. The follower is absorbed into the Immortal. The Immortal will keep their new face and body in their physical avatar, thus changing their outward appearance to mortals, but would become a composite of both the identity of the Immortal and the former follower. Note on playing Immortals for prophets: Immortals are more akin to gods than mortals. They are distant, sometimes alien, and struggle for their sense of identity amidst the short-lived mortals they stand over. Their motivations are not always clear and their emotions do not always escalate or deescalate in a way that a mortal might expect. When playing the Immortals remember that they are apart and above the mortals, not at all mortals themselves. Much as they try, an Immortal can never understand and can only act as though they belonged among the normal populace

Q & A Thread: If you have any questions or spot any issues, please check out the Q & A Thread!