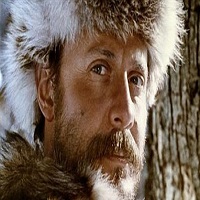 Sitting around the campfire one evening, you hear a tale of a very powerful Spirit which resides in the Volcano in Faldrass. One of your fellow travellers talks about how there was an attack on Faldrass last arc where groups attacked the home of Baron Smooglenuff and attempted to sink Scalvoris into the sea. The tale that your companion tells is of a group of heroes who fought off the attack but that also, beneath the Volcano, there lives a group who protect Scalvoris from attacks. Can it be true? Is there someone really called Smooglenuff? Could such a group exist? .... only investigation will allow Oram to find out.

This is a small, roughly finger-sized eagle-bone whistle with a fipple mouthpiece and a couple finger holes for varying pitch (although using them is optional for using the item's ability). Tier 7 quality.

Blowing the whistle has an effect similar to the "Hold the Line!" ability from the Favored Celarion mark. It dispels fear in those who can hear it and renders them immune to further fear-based effects for ten bits, and also enhances stamina for that time. It does not increase shield ability, but in compensation, the whistle affects animals as well as mortals, assuming these can hear the whistle's sound.

The effect resists fear from mundane sources, as well as Competent or lower Domain-based fear effects, and mark-based effects that are at Favored level, but not higher.

The whistle does not require any particular skill beyond the ability to blow it, although musical skill may make the instrument's tone less strident, as by default this is loud, piercing, and unpleasant (though not alarming, assuming its ability is being used). One does, however, need the ability to blow with full breath, and to close one's lips over the mouthpiece.

The ability can be used once per trial per competence level in Leadership (i.e., once at Novice, twice at Competent, thrice at Expert, etc.). Approval

This is a Tier 8 open-faced bascinet helmet that is fashioned to resemble an acorn, suitably cut away and hollowed out to accommodate the wearer’s head. It has the following abilities/properties.

1) Autumn Armor. Oram can use this item to summon an armor that resembles a scaley covering of autumn leaves, as in the Autumn Armor ability from the Valeus mark. This armor has an aventail, leggings, and full-length sleeves ending in mitons; the only parts of Oram’s body not protected are his upper face, fingers, and feet. Unlike the standard ability, Oram can not summon and dismiss this armor at will, but only three times for up to one break each. The armor provided by this ability is Tier 6 scale mail in composition, and of Masterwork quality for reference.

2) If Oram uses this ability outdoors between 1 Vhalar and 43 Zi’da, the armor blends in so well with the surroundings that it effectively increases his Stealth skill by one proficiency level while activated. Approval

Oram is a member of the Fire Forged