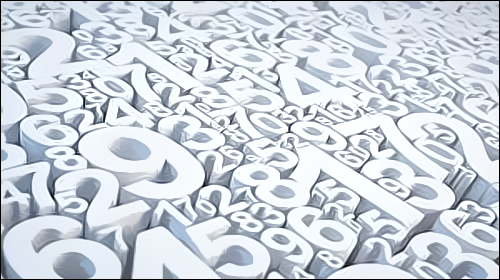 This skill has been impacted by the Skill Scale Down. The impact of this for this skill is as follows:

Mathematics is a science based upon studying quantity, structure, space and change. Considering the differences of opinion between mathematicians in Idalos, mathematics does not have a strict definition with most people perceiving it in their own ways.

Mathematics is a very important science, not just by itself, but to many other sciences, as well as arts. Some of the particular skills that require a degree of knowledge in mathematics to be successful are: Business Management, Cartography, Science, Gambling, Logistics, Medicine, Navigation, and Tactics. Of course, math is present in many other skills, and these ones were just examples.

The Fields of Mathematics

Pure mathematics deals with things mostly relating to logical deductions and proof for the same. It is said that this form of mathematics is what makes mathematics an actual science, considering many theories of applied and mathematical logic do not match the definition of science, having no possibility for experimentation, and relying solely on theoretical assumptions and the logic of mathematicians.

The study of quantity is of numbers. The basics revolve around natural numbers and integers(both natural and negative numbers, which, because they are not found anywhere in nature, are not natural numbers. Integers include every number without decimal points.), and every arithmetic operation which uses only them. Arithmetic operations are the skeleton of quantity, with them being the core which every non-schooled person in Idalos believes to be all of mathematics. The mathematicians in Idalos are constantly working on a new theory that is based upon numbers more complex than the ones the general public learns in their education. The name is still in discussion, but the academy in Viden strongly believes it should be called the Number Theory, or the Theory of Numbers. It talks about rational numbers, which in them contain all other numbers, and the so called 'real' numbers, which are believed to contain any number any person can ever think of or imagine. Of course, like with everything else, there are exceptional mathematicians that believe that there even more numbers than those branded as 'real', and that those numbers are representing everything that exists, even magic. Those people are generally not believed, and, unless they are of great patience, are mostly driven to madness by the ignorance of their colleagues.

Many mathematical objects, such as different functions and sets of numbers exhibit a certain structure in them. That structure is what this field of pure mathematics studies. It is essentially there to study groups of certain elements(certain mathematical objects within the group, an element can be anything, from a number in a certain pattern, to a complex equation within an even more complex problem.), and the ways those elements interact within those groups, as well as how those groups operate. Some of the study in structure is based on different combinations certain elements can provide within the group of those elements. This branch of structure is the one that lets people with enough knowledge be skilled code-crackers, and this branch also focuses on learning to define certain patterns in all things. Structure also focuses on geometry, or aspects of objects, which can be seen as elements to the group that is the object itself. The object can be anything, from a graph, to a circle, to even a certain equation which has multiple problems within it.

These two branches of pure mathematics are mostly put in one branch by scientist in Idalos, considering they have a lot of similarities. They both study natural phenomenon, except that change requires motion and dynamics, while space studies objects as they are stationary. Change can be said to not only focus on the natural phenomenon, but on the change of theoretical situations as well.

In the study of quantity in applied mathematics, mathematicians try to utilize their knowledge of numbers to the best extent, working as accountants or bankers. Not many mathematicians actually focus on applied quantity. Then, opposite to quantity, many mathematicians are very much focused on applied structure, as it yields the most results in day-to-day life. Structure can be applied to many other sciences, especially physics and chemistry, as well as social studies. In other natural sciences, applied structure focuses on learning about certain patterns of equations, as well as groups of objects required to do what that science requires you to in an acceptable fashion. In social studies, it mostly revolves around learning patterns of behavior, be it behavior of one individual, or an army. Applied structures has a great meaning in espionage, considering it is used to crack codes and cyphers, most likely by finding a pattern and the key to that pattern within the code. Individuals that get to a high level of mathematics and at it focus on the applied mathematics, specifically structure, are very highly requested for many jobs that are not your regular teacher or scientist.

This study of mathematics is the one most looked down upon, and the people that focus on it are considered to be less intelligent than the people that study 'real' mathematics. The people that focus themselves on this sort of mathematics are usually lost in their thoughts, and filled with creativity and art, considering abstract mathematics does not have the usual strict boundaries the other branches of maths do. Abstract mathematics deals with things not from this reality, and it is mostly focused on explaining the things most people think cannot be explained. Of course, every mathematician can study all three fields of mathematics during his life, and master them all, but most do not. Especially the ones that focus on the abstract mathematics. It is the most unique, and the most different from every other science there is, as it invents its own rules. There is no proof required to prove an abstract theory, because such theories cannot be proven, not by anything, because, according to pure mathematics, the abstract deals with the ever-changing parts of nature. Mathematicians of this sort often try to explain how domain magics work, as well as explaining the Immortals and Mortalborn.

When a person reaches a breakthrough in abstract mathematics, other mathematicians will usually not even care, as those breakthroughs can usually be beaten back within trials. The most common question that beats back most mathematicians for saying out loud that they believe they reached a breakthrough in this field of mathematics is "What if", because most things cannot be proven within the abstract, they cannot have an answer to that question. The abstract mathematics shares similarities with both the applied and pure mathematics, considering it is mostly theoretical, but those theories are about the common situations in which people in the world of Idalos are placed. However, if a person manages to find proof for his abstract theory, and that proof is actually real, and accepted by mathematicians across the world, that theory stops being abstract, and become either a part of the applied mathematics, or the pure. That is another reason that stops most mathematicians from entering this field of craziness.

This person has begun dealing with mathematics, and they mostly know what it means to study it. They can see that there are patterns in the world, they just cannot quite connect the dots and deduce what the patterns are. A novice mathematician has really low, if any, chances of discovering something new. They have the basic education almost any Idalosian would receive as a teen.

Competent mathematicians usually know what they are dealing with in maths, and they can see differences in patterns across the world. Most people at this level choose to focus their further education on only one of the fields of mathematics, but there is nothing wrong with doing all three. Competent mathematicians delve into the deeper and more complicated areas of study, such as pattern-defining in structure, or the theories of numbers in quantity. Competent mathematicians can often find a job as a tutor, or even a regular teacher, though they are not yet capable of teaching at an university level of study. They are more likely to reach a breakthrough, though this can occur only if the mathematicians is specifically focusing his time on one area of maths. And still, it is rare, and most would not believe that the breakthrough is real.

Expert mathematicians are capable, and know about most of the fields that maths studies, though they have not studied them all themselves. Experts, if focusing on a single field on mathematics (ie. Pure), are expected to discover at least a single theory during their studies. If they are not choosing a single field to focus on, they still have average odds of reaching a breakthrough, they just may not be believed by the mathematicians that focus on the field the breakthrough was in. Experts can be hired to work in almost any job that revolves around mathematics, and they can do them pretty well. Experts are also believed to be good enough for a role as a professor on university-level studies. This job however, is mostly given to master level mathematicians, simply because of the more experience they must have had. Expert mathematicians are often heard saying that something just comes to them, without them knowing how, and that they develop theories in the most random of places. Some believe that their Immortal has given them the knowledge, some that their sacred mortal ancestors did, and some just believe that they are "that good", there is no way of knowing who is right.

Master mathematicians know almost, if not every, branch of mathematics at a high enough level that they are able to teach it. They are the ones that reach breakthroughs in mathematics, and they are the ones that are believed when they say a theory is correct or wrong. A master mathematician that focuses on a single field of maths (ie Pure), have reached the status of a legend in that specific field, though they may be overcome by expert level mathematicians in other fields. If you have questions about anything regarding mathematics, a master mathematician is the one that will know the answers. They can do multiple simple equations in their head at the same time, while writing a third one down, and the level of their understanding of patterns and the world is incredible. Master level mathematicians are often very skilled in other skills, considering they have reached the point of knowledge, where they can logically deduce things about other subjects without having any previous knowledge in them. Because maths is logic, and the master mathematicians know and use that fact.

The collapsible below has examples of Skill Knowledge for this skill. If you are unsure of what Knowledge is, please check the Knowledge Primer for details. Please remember that our Peer Reviewers will be checking to make sure that your Knowledge claim is appropriate to what you have learned in the thread and ensuring that you are not duplicating knowledge.

A guide to knowledge can be found here (this link takes you to the site) and the person reviewing your thread will do so following the steps laid out in the Peer Reviewer Guide. If you wish to use one of these knowledge in your request, please ensure that it is appropriate to your thread.