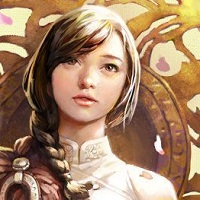 Languages Spoken: Fluent: Common
Appearance
Karissa is an average looking human girl, with dark brown hair that is usually fixed in a braid. She has a lean build and stands at 5'5 feet tall. The young girl often wears a cloak over a white blouse and brown pants, with a pair of dirty booths on her feet. All in all, there is nothing in particular that would make it easy to spot her in a crowd, which is how she prefers it.
Personality
When it comes to small talk, Karissa is not one to stick to unimportant topics. While she is friendly and approachable, she does not enjoy trivial conversations and prefers speaking with a purpose. Karissa is not a rash person and insists on knowing the full picture before making any important decisions. If she is made to make a judgement call on insufficient information, the frustration on her is usually evident. Secretive by nature, Karissa is the type of person who thinks before she speaks as she understands how dangerous words can be, especially since she was raised in a family that delves into arcana.
History
At first glance, Karissa appears to be a normal human girl who has lived in Ne'haer her entire life. However, she is actually a member of a family that practices arcana. Her parents are both members of the Seekers, and while they did not push her into the same path, having an interest in magic has always come as a second nature. Karissa's mother, a sorcerer of the Seekers, introduced her to Roslyn Havel who agreed to take the young neophyte under her wing. It was her mother's suggestion to focus on the discipline of Empathy since Karissa was, by her mother's definition, attuned with her emotions.

While she goes to her parents for advice, her parents are fairly strict about her being independent of them. They want her to learn on her own and make her own mistakes, even if they can't sometimes help but inquire about her progress. Fortunately, Karissa has a good relationship with Roslyn, whom she has grown to idolize.

As a neophyte, she was given her first conduit: a bracelet that was once the conduit of her mother. It was confusing for Karissa at first but she slowly learned how to passively use the discipline. It was interesting to the young girl because she soon learned to temporarily feel other people's simple emotions. Of course, it was also overpowering, because as long as she wore the bracelet, she couldn't help but take in the emotions.

To train her, she would be brought to the city and made to walk amidst crowds. This was both exciting and frustrating, and when she finally learned how to use the practice actively, she found that she wanted to get even better. She was just recently promoted to the rank of acolyte. Karissa is eager to start on her first task as an acolyte, and is also contemplating on the second arcana that she will strive to learn.
Housing
Karissa resides in a 400 sq. ft. house in Ne'haer. It includes the basics, such as one bed, two chairs, one table, two knives, a set of six plates (assorted), one chest, and a fireplace. It is not a particularly neat place, as a few sheets of paper with random notes on them scattered about. There is also a brown cat that comes and goes as it likes, using an open window as its entry point.
Knowledge & Skills