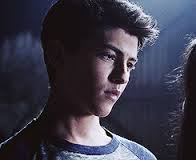 Partners:
Appearance
Vicious is 5 feet 8 inches. Vicious has a muscular body. He has a scar on his left eye. He wears all black clothing. He has brown hair and brown eyes. Vicious loves the outdoor but he loves to stay clean, so whenever he can while he travels he will stop by the river and have a good washing.
Personality
Vicious is a good guy. He is honest,adventurous,quiet, very calm, he has a determined attitude, and very gentle especially towards animals and kids. Now there are some things that he has a problem with like he is selfish,greedy,aggressive(Only when he wants to be.) he has a problem trusting people and sometimes he can be a little arrogant. Vicious loves nature which is why he rather travel then stay in the city. The only time he goes to the city is when he needs to pick up more supplies. Vicious has a heart for animals and would rather have them around then people.
History
Vicious never knew his real dad, yeah he had a father figured in his life which was his step dad but it never was the same.Vicious had a great life, he lived on farm he would try and play with the animals and he would go have adventures in the woods that was near by the farm. When Vicious turned 10 years old, a group of thieves came into the house and killed everybody in his family. Vicious and his half sister were the only two survivors. The thieves took the two and brought them to their camp, there they decided to raise them as their own. Vicious and his sister Tamara hated the thieves so much that they never listened or did what the thieves were telling them to do. During the years Vicious and Tamara began training from combat, to hunting to even fishing when the thieves were never around. While they were doing some training Vicious was plotted his revenge against the thieves . As he was plotting one day it all went down hill, some of the thieves were messing with his sister and it went into a all out brawl. Tamara began to fight for her life. Vicious was running to help her when a two of the thieves blocked his way. Tamara was losing the fight and so she pulled a knife from her pocket and stabbed one of the thieves that was fighting her. One thief tackled her to the ground and began to choke her. She was trying to fight back but he was choking with enough force that she died. Vicious was furious and shocked all at the same time. Vicious pulled out two knives from each side of his pocket and stabbed both thieves that were blocking his way and ran towards the others fighting for his life and with every open view he got he would stab the thief. When he was done he saw all of the thieves dead on the ground. Vicious began to walk towards his little sister and began to hold her with tears rolling down his eyes. He began to dig a burial for her and laid a flower on her grave. He then noticed that the thieves bodies were still laying on the ground in the open where people can see. So Vicious dug a big hole, laid the bodies in the hole and covered up the hole. Vicious realized that he was free and began to pack up everything that he could and made his journey through the woods.
Housing
Nature is Vicious's home. He would rather stay out in the woods rather then stay in the city.
Knowledge & Skills

Hunting: How to kill a bear
Cooking:How to cook bird
Knowledge: Nature