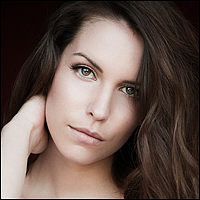 The Story So Far...
Currently, Nora just arrived in Rynmere after many days on the sea. She is eager to meet her children and husband again and see what they've made of the farm her husband settled into. Documentation
Name: Noreasa (Nora) Evermoore
Age: 29 Arcs
Race: Human
Date of Birth: 9th Day of Cylus, 687th Arc
Marks: None
Factions Joined: None
Languages Spoken:
Fluent in Common
Conversational in Rakahi
Partners: Rikum Evermoore
Children: Via and Ayran Evermoore
Appearance
Nora is as common looking as humans can get. She is nothing extraordinary and doesn't stick out in a crowd of people. Her hair is a soft, vibrant, chestnut color that falls in gentle, natural waves around the middle of her forearms and back. Hazelnut colored eyes peer out behind brown lashes and shine warmly in the sunlight. Nora is the appearance of a wise woman with the bonus of a strong, nurturing aura. She doesn't have any tattoos marked on her flesh, however, she has fallen victim to war times. Tiny scars litter her body; red and purple, they've never appeared to be fully healed. Dressed in cotton garbs, Nora blends in with the common folk of the city well enough. Though, her children are another story...
Flaws And Virtues
Exemplary
Even before kids, Nora has always taken it upon herself to show others how to do something properly. She has always tried to be the role-model for someone to follow after. Sure, she doesn't always make the best choices, however, she tries her best to show others the right way, even if the “right way” is following your heart.


Perceptive
Noreasa has always had a keen eye for subtle details, even if it's so much as a rip on someone's outfit or a scar on their forearm. Due to her cautious behavior, Nora has learn to be perceptive of small details. She may be a commoner but protecting her home and family comes before all other things, even her life and sometimes, it's the small details that could save them from death.

Comforting
If someone is in need of advice or a shoulder to cry on, Nora is often the go-to person. Having kids only strengthened the natural caring, comforting aura she has and it is amplified by her motherly experience. She is a great friend to have, especially during times of stress for she is the steady ground for someone to safely place themselves for a while.

Rebellious
Nora tries to teach her children the right way of things, even if sometimes that means you must go against the voice of reason. Noreasa has always been a rebellious spirit, opting instead to follow her own path even though so many voices told her otherwise. She is not one to take commands so easily and has an attitude that can put people in their place with just a few words.

Proud
If there's one noticeable flaw that Nora possesses, it is her Pride. She takes a great many things personally; her family, her work, her life. When anyone tries to make an example out of any of those things, Nora can be either very giddy or seething with rage. She puts her best into everything she does, thus, her pride is her greatest flaw of all.
History
Nora grew up around the comfortable, protective walls of Ne'haer. Her family life was normal, common as her parents looked after a bar within the city, a family business that she herself undertook for a short time after her father passed. Being an only child, Noreasa never had to compete for affection and it was always readily given along with a helping hand and wisdom from her mother.

During her early year, Nora was an avid student. She studied what she could in school and made friends with her neighbors and residents within the city. It was much to say everyone knew of her, though that was the kind of personality she had. Nora wasn't she and she didn't hold back from achieving what she thought she could. Her ambition kept her buried in books, eyes searching to the future for her dreams at one day leaving the city and traveling, maybe to Desnind— the city so many Sev'ryn seem to speak of. It mystified her, however, all of that came crashing down with the passing of her mother.

Nora was only 15 when the news was given to her by a heavy hearted, scruffy and tired looking man: her father. Ne'haer was a peaceful, giving place and as the news of her mother's death spread throughout the city, many came to pay their respects. It was a blurry day, one that Nora can't very well recall. That was the turning point in her future. Due to the lack of help, her father had to hire help which they could hardly afford to pay so, to cut costs, once she finished her schooling, Nora spent most of her time tending the bar.

The entertainment they had was something that always kept her occupied there, along with her father's well weathered demeanor and clumsy hands. He was becoming unable to tend to the bar any longer, surrounded by noisy, drunken voices, loud music, and laughter. Not only that but the burden on his heart from the loss of her mother seemed to take a toll on his health.

So she retired him. Made him quit his work and spend his days at home, relaxing and letting her provide for him. Nora ran the bar like no one would expect, picking business up better than her folks had, though most assumed it was because the sailors wanted to come dote on the pretty, single woman. It wasn't until one day that she came across a man sitting just beyond the class outside, seated and waiting for her to serve him that her heart skipped a beat and an unfamiliar flutter pressed into her stomach. Rikum was his name, and he had glanced upon her with shining eyes that changed color just from looking at her. She was captivated and knew, in that moment, that he had arrested her heart. She wanted him.

It didn't take long before the two became acquainted, friends, then began courting each other until the day came where Rikum had to leave for the city of snakes. Ivorian was too long of a trip and she knew even as he set sail that bad things were in store for the both of them during their separation.

Many seasons past away before the loss of her father greeted her one cold morning. It was to be expected and though it didn't hurt any less, Nora found some relief that her father would not suffer any longer. She never understood it, how her parents could be so captivated by one another, but her reflection on the feelings she held for Rikum showed her more in that moment than anything anyone could tell her in her life. Love. Love was powerful.

So Nora continued on, selling her family's home and downsizing, waiting for the day when Rikum would return and preparing herself for unfortunate news, for she felt it in her bones that something ominous lingered in the air. However, as time went on, nothing seemed to surprise her. No war, no violent acts, no death. Settling comfortably within the city, she was content to wait out her days until Rikum returned.

And he did, with more than she could have hoped. Adventure, he saw in his time away from her and brought back not only an irreplaceable ring but nel... lots of it. She was dazzled to say the least, impressed by his treasures and the fact that he still thought of her even while they were apart.

So they married on the gentle, business waters of Ne'haer, bound by love and wrapped around rope that would tie them together for the rest of their lives. Now, presently, after the birth of their two children, it was decided that the tensions between Ne'haer and Sirothelle were becoming too strong to trust the continuation of peace and, to avoiding being drafted into service, Rikum took the children with him to Rynmere, a kingdom he had chanced upon in his time away from her. While Nora settled things with the family business, selling what was left of her childhood, she boarded a ship with the rest of her belongings and sailed to where her family resided, anxiously waiting to be close to them once more.

Though the ominous feeling still lingered, ever close, like a shadow following slowly after her...
Housing
Nora and her family live in a small house as of right now, nestled on ¼ acre of land. Their house is tiny, being only 400 sq ft to accommodate 4 people makes living together rather tense at time. However, there are plans in place to expand the house and while it is small, it is never too cramped unless it's dinner or bed time. The children occupy the bed while Nora and Rikum sleep together on the couch; Rikum taking the floor more often than sleeping next to her. While saving their money for expansion, Nora has applied to turn their tiny farm into a business, offering fresh produce and classes while Rikum and the kids help out around the farm.
Knowledge & Skills Date of Birth:
5th Saun, 685 (31)
Skills:
Agriculture - 30
Fishing - 30
Seafaring - 20
Animal Husbandry - 20
Relationship to PC:
Husband
Appearance:
6'1"
210lbs
Scar on left shoulder, curving down across his back to his right hip.
Personality:
Rikum is, as most Biqaj are known to be, very charming and laid back. He is not one to have a carefree attitude, though, stress is not something that burdens him often. He is a good father, looking after his children with a careful eye and teaching them new things when possible. Rikum and Nora have been in love since they first met, chancing upon each other in the bustling streets of Ne'haer. Needless to say, their love for each other is quite obvious, as is their protective attitudes toward their children. Though Nora is more than capable of handling almost any situation, Rikum will take up arms if any stranger seems to aggressive towards his family. Appearance:
5'4
115lbs
Personality:
Via is a shy, quite girl. Unlike her parents, she prefers solitude over social gatherings and cherishes any time alone she can get. When she's not alone, she's tracking her kid brother down and dragging him out of trouble. Their neighbors know them well and even some of the city guardsmen remember who they are. Via isn't the kind to cause trouble unless she knows something is wrong. She doesn't speak her mind too often and is more of an observe to conflicts than a mediator or trouble maker. Appearance:
Missing baby teeth, new teeth
4'1"
63lbs
Personality: Ayran is every bit like his father. He actively seeks out socialization and is often trying to play pranks on the man. Though he loves his mother, it's obvious enough that his father is his current favorite. When he's not being forced to help out on the farm, he's off playing with the other neighboring children or seeking adventure somewhere.
Threads
me
Last edited by Noreasa on Wed Aug 03, 2016 4:40 am, edited 14 times in total. word count: 2355