Opposites attract, or so they say.

This area is unmoderated. Please click on "Forum Rules" at the top of this page or go to the "Unmoderated Areas" forum to see the rules for playing here.
Forum rules
Post Reply Request an XP Review Claim Wealth Thread
12 posts 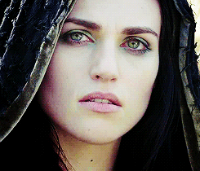 Now that she was beginning to calm, Cerys could feel the gentle tendrils of emotion that the other boy was exuding of his own free will. The curiosity was evident, and perhaps the most potent of them all, for it was a distinctly strong desire that she could feel within the Acolyte, one which, after a moment of consideration, Cerys realised was directly related to interest and learning. At first, she could not comprehend what he might be curious about, in this dull, dreary part of the world. Ne’haer (even what little of it she had seen) was nothing compared to the dangerous excitement that one was met with every single day in Viden. But then, the Neophyte realised that the only things to be interested in where others around her.

It was almost required, Cerys thought, for an Empath to be interested in those around her, but there was no reason why those not attuned to empathy couldn’t share this interest… especially when someone was interesting. A swell of self-importance built up inside the girl at that. Not for a single moment did it occur to the brash girl that another person taking an interest in her might not be a positive thing. Ducking her head as she continued the carnage in front of her feet, Cerys allowed a smile to slip onto her features.

When the Acolyte stood up, the smile fell away and was replaced by a questioning glance: for a second, she thought that he could no longer stand the torrent of emotion that she was constantly being told was raging through her, especially since the unexpected loss of Tomás. But then he continued to seemingly support her, and to offer advice over how to handle her mistress. “Easier said than done, Dromus,” she replied as she pushed herself up from the ground and stood, facing her new companion.

“To… graduate, to elevate myself from Neophyte to Acolyte, I need her help. If Roslyn never thinks I’m ready to continue without careful supervision, then I will never…” frustrated, the Videnese-born girl dragged her fingers through her hair, letting out a noise that was somewhere between a grunt and a sigh. “They’re not my betters. Or if they are, they are only as such in title, and not in skill or power.” Cerys had never been interested in other branches of Arcana, but she had often been told of the extreme difficulty of Empathy. It was a fair assumption then, that others had it far easier than she did. It was another source of her mixed resentment and pride.

Dromus started walking and Cerys, after a moment of hesitation, soon fell into step beside him. She ignored (and succeeded in suppressing) the wave of irritation that threatened to surge forth at the man’s casual insult that she needed supervision. “I have nothing better do do, I suppose,” she shrugged nonchalantly, as if it was her choice that she was joining him. “Where are we going? What do you need to do?” Cerys: A Transfer From Viden
Cerys: An Empath
Cerys: Potentially Useful Freak
Seekers: Knowledge Means Potential
Attunement: Examining A Source With The Sight
For an unfinished thread, this was still a great read! If you have any questions or concerns about your grade, please PM me.
word count: 82

"All we have to decide is what to do with the time that is given us.” ― J.R.R. Tolkien
Top
Post Reply Request an XP Review Claim Wealth Thread
12 posts