Apologies for my sudden disappearance. I got kidnapped. I'll be back shortly!
word count: 13
Top 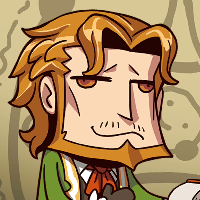 Alright, it looks like the Grand Hunt and Roast was delayed to this season. I'm thinking of having Nauta have a go at it again so probably checking in here if there is anyone interested in participating/helping him.

While as a chef, Nauta would be more interested in the Roast part of it, hence me needing someone to do the Hunt part for him, I have no problems with sending him out to hunt again as well along with any foolhardy people which would go out to the...woods...brrr... Just send me a PM my way and we can work out the details if you are interested.
word count: 110
But I don't want to cure cancer. I want to turn people into dinosaurs.
Top

Not to upstage Nauta's offer of a hunting party...

But I have two new developments in town this season.

1.) As a result of this thread, and per the PM I got warning me of this development...

Mal's Hyx totem will be Totem Rebelling well into Ymiden, but it doesn't become a problem until around the 20th when he spends more time in town. This leads to a massacre, as a very vengeful Hyx begins hunting for Vuda and those who support him--everyone, essentially, as it cannot differentiate. Players are free to encounter this eight foot tall fox-like monster between the days of Ymiden 20th-38th, but they should be warned that it possesses some of Mal's combat proficiency, as the creature is an extension of Mal's psyche. If someone wishes to kill or injure the Hyx, all they need to do is PM Mal to coordinate.

This critter is not a totally mindless killing machine, and has a basic goal, but it is very easy to provoke.

Nonetheless, if you make a few tries, and are a good sport about his self-serving interpretations of the rules, and the likelihood of initially being cheated of 20-30 gold, I guarantee you a prize well worth the money.
word count: 299

It has only just dawned on me to inform my scheming player base of one last aspect of the "Step Right Up" contest.
I think some of you are perhaps feeling like there's some great renown to be had by waiting and waiting to come up with the foolproof plan, allowing you to make one grand successful post where you solve the game and go off with your prize.

Well, there's some truth to that, but it's worth noting that this will ultimately be graded as a multi-player, modded thread. So there's good cause to fail a couple times, and join the rest of us humble players that accept being less than perfect, and needing a couple warm-up runs to achieve success.

You need three "worthy" posts to gain the max 20xp possible. Now as a modded thread, it will be graded by me, and I will be bringing my well-documented malice fully to bear on your posts. So if you think you can guess right the first time, then do two follow-up posts where you are standing around drinking and watching the rest of us, think again.

I want "worthy" posts where you run into trouble and have to overcome it. And this is best achieved by throwing poorly-thought-out, reckless, or even foolish attempts at my contest for our amusement.

In the end, I promise you, your willingness to look the fool will be rewarded.

Incidentally, if someone has a different idea for a prize to be awarded, I am willing to listen to suggestions.
word count: 267

Looking for an exotic pet? New slave that's legal in Etzos? Or maybe even a test subject for horrible magics?

Come on down to your local Mutant Auction, now selling 4 'quality' mutants and one corpse for your experimenting needs. Come quick though and bring all your money as the competition will be steep!

Mods (*cough* Malt please *cough*) greatly welcome to either partake or do a single bombing~!

Is anybody here interested in a thread with me? I don't have any Saun threads yet!

Doran knows alchemy and chemistry, and he can fight, and you can also get points for the Points Bank for being in a thread with him because he's a Mortalborn!
word count: 48

I'm always down for a thread. I need to start being a little more active. The question lie in what.


I suppose I should also extend the same offer. If anyone wants to hit me up feel free.
word count: 39
Common ~ Ith'Ession ~ Lorien
Dear Mods,
Mod bombs are welcomed and encouraged!
Top 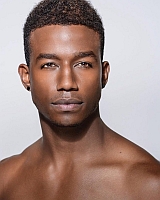 Hello everyone, just decided to come and make my presence known, I've been inactive for a long while, and I thought I should come back. Though I'm not really sure I could juggle a million billion threads at the moment, if anyone is interested in throwing something together, don't be shy and hit me up for something. Since I assume that Rocan has been in the city for quite some time, I don't mind writing during any point that's in the current season.
word count: 88
Top

Prepping for some mischievous nit-picking has made me aware you were officially in Rharne 9 months ago.
Well, that gives you either the option of having taken your time, and only arrived this season, which would make a post at The Great Parhn Gate something you could indulge in.

OR...you could have gotten here quickly, as it only takes 30 trials by sea, and arrived last season, or even before that; in which case you could consider yourself already established.

I'm not going to retroactively nail you for room rental costs...lol...but you'd better get a job soon, because the free ride is over!! 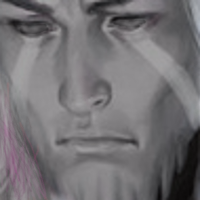 This snake-person will be joining the city once his profile is finished! Glad to be here!