"Let The Next Issue be Raised!"
Welcome to the Etzos OOC forum! This is the place to make all your observations and complaints, so I can duly ignore them.

You can also post links to pertinent or simply amusing things.
I will make Etzos-related announcements here, but they will all be of an OOC variety.

This is not an RP forum, though there will probably be posts involving RP subjects.

For instance, announcements and links for newly completed locations, the advance notice of moderated quests, even amusing RL stories that I hope to bore you to death with, are all likely entries to be dumped here.

But don't let me have all the fun! You are invited to match my self-indulgent drivel with all the half-baked verbal delirium you can contrive to heave up on the page as well.
word count: 143

My first actual in-game victims!!
Lakia and Delta. Master and Slave.
Sorry, but Narric is far more safely ensconced in the city's outer perimeter, not in the actual claws of the howling wilds.
So his predicament is considerably less perilous.
Once you have decided where you will be encamped in relation to the city, I can consider what sort of unexpected developments you may have to deal with.
Naturally, I could mod something for you, since there is not a great deal of competition for my time.

The Bounty Board does not list every conceivable bounty hunter type of job that might be available in Etzos. If you have an idea of your own, feel free to drop me a PM about it. Most likely, I will have no objection, or will at least be able to give you a slightly altered version that will by-pass this objection.

I envision the Bounty Board as being a gathering place for anyone in town that has a request for assistance of this sort. Any tough-looking PC looking over the board is likely to be approached by some poor soul lacking the skills to take justice into their own hands.

I may or may not play some part in the adventure.

Pay for the job, however, WILL be decided by me...Sorry.

Some water related questions that came up in my head as I was working on posts:

1. Does it rain enough in Etzos for that to keep the crops watered, or is it necessary to irrigate them to keep them going (presumably via irrigation channels from the river)?

2. Does the reservoir and hoist system run out into the farmland at all? If not, where do the animals and farmers get their drinking etc water from?

3. Is the river tidal, and if so is it just the current that changes, or is there a tidal bore to look out for?

4. What goes in eventually comes out. What sort of sewage system does Etzos have? Surface or underground? Contained for processing or just running straight into the river?
word count: 129
Top

Etzos is in a basically temperate zone, so it's not often that there are drought conditions.

Still, there would definitely be irrigation available to have been dug from the river to any farm site west of the city.
However, some might opt to bring water from the river and use rain barrels and such, because aukari raiders do like to slip in and poison the irrigation channels from time to time.

I would be inclined to say that there is no tidal effect so far up the river as Etzos.
If you check item #7 in Out and About, Foster's Bay may have some tidal reach, but it would hardly travel upstream that far.

There IS a sewage channel, but mostly only the wealthy and influential are able to afford access to it. A separate "reservoir" serves as a holding tank, which is flush drained every so often into a conduit that empties into the river well south of the city. Common folk simply have their privy buckets emptied into wagons which are carted to the river and dumped, usually by those serving some sort of crime sentence. These carts are taken out the East Gate now and then to be washed, as this is the location of the stables and mount training area, and tends to be rather pungent anyway.
word count: 226

Well, it is that time again...

The character registry is up for those abiding and surviving in and around Etzos during the coming Hot Cycle. Please fill out an entry before you get going too aggressively in plots therein.

I know there are some that only just registered during the last week of the Rebirth Cycle.
Don't know what to tell ya. You are certainly welcome to register again. I have a link to the Rebirth Cycle there if you want to just copy your previous entry.


WOW!! Special Notice and Kudos to Nimrah for putting hers up before I even finished this!... 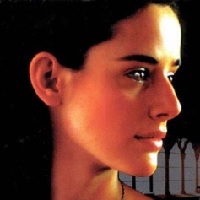 I'm wondering where to post questions about Etzos. (I mean ... many questions

I don't want to totally spam this OOC thread or your mailbox. The general Q&A thread for the whole game doesn't seem like the right place either. Perhaps they could be posted in an Etzos Q&A, but I can't find one. How would it be best to do?
word count: 73
Top

But you're right, it was not specifically intended for that.

"The Player's Soapbox" is the true intended destination of questions. As is my garbage can...

But you may still post your questions here. I really am fine either way.

I’ll write it here then. I feared the garbage can.
I'm a setting geek. You will maybe regret that you "offered" to answer here on the OOC ... sorry for this.
Here's a text with some questions in it ...

► Show Spoiler
The city is located on a flat plateau on top of a hill. In the valley below, at the riverbanks, there may be docks for the kind of boats that are flat enough for river traffic and come there to load and unload goods to or from the city. There is maybe some buildings where goods can be stored temporarily, maybe some homes too, maybe some fishermen and small boats. This is part of the farmland plains. Is it so?

There’s several avenues up to Etzos. There’s no trees on the slopes, only stone and low vegetation. There’s also no houses on the slopes. Is the city built exclusively on the flat top plateau ? Is it built as five flat “floors”, like flat discs stapled on each other, and you go up/down to the adjacent floors on stairways and/or ramps?

A traveller would first arrive to the perimeter. There’s no wall around it. (The wall comes on the inner side of the Ward ring. The perimeter is an open city area, and it’s totally flat. Is it built with a systematic layout, with well-ordered streets with pavement on, cobblestone for example, and no randomely windling streets? Or is it not meant to be imagined this way? Perhaps simpler streets, sand, mud, a more of an organically growing maze?

I imagine the timber and adobe houses to have dark/tarred timber and natural brick colors in red and terracotta hues, or possibly the brick is sometimes covered with grout and painted. How do you think of the timber and brick houses?

I imagine the pure wood houses may be on the simpler side, made of planks. I don’t know if they are grey, colored, or dark brown/black due to tar. How have you imagine them to look?

And I’m wondering if the houses are built in rows or stand-alone. It would make sense to me if the timber and adobe structures would more often be rows, but the wood houses would more often be stand-alone due to need to prevent fire from spreading from house to house. Don’t know if the two types of houses are built all over the areas or if there’s different sub-areas with different houses.

How many floors are the houses in the perimeter? How broad or narrow are the streets? And what’s the height difference up to the ward ring? Are the rooftops of the perimeter below the ground of the ward ring? Is there a slope between the rings, or is there kind of “a vertical wall”? Are the “discs” (or floors) of the city stone terrasses "carved" out in the hill, or are they huge constructions built of stone?

I’m under the impression people can enter straight into the perimeter, and although there can be soldiers around and random checks on new arrivals can occur, there’s no regular control; you can just continue in via one of the ramps. Is it really just to enter the perimeter, no guards, no control? Or have I misunderstood this?

I don’t know how the ramps up in between the perimeter blocks and up to the Ward ring are meant to be imagined. Are they are simply broader outdoors streets and you can move freely from (example) the people’s market into the south-west housing area and from there over next ramp to the barracks? Or can the areas only be reached via the Ward ring?