Shaking off the Cobwebs

Ordered to pursue therapy for his strange behavior lately, Woe meets Vera. (or not) Shaking off the Cobwebs 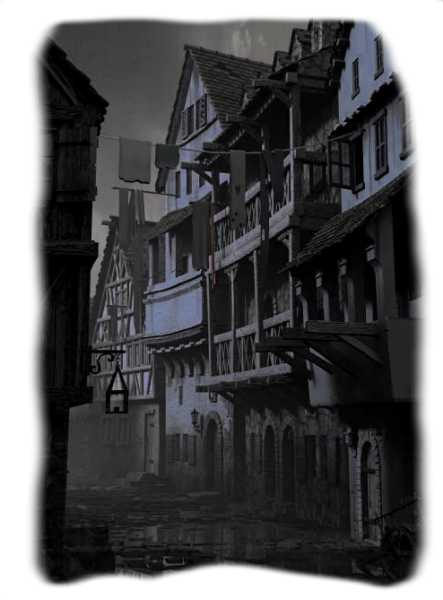 The ex-slave put on his regular getup, yellow shirt, black pants, black boots, gloves. His only concession to fashion was a crow-feather mantled cloak of black leather, which cinched around his shoulder with a small chain. His appearance thus set, Woe went out to do the business called for that day.

Woe wasn't pleased with the recommendation that he pursue therapy by his supervisor from the Dungeons. He was a fair mind at psychology himself, or so he fancied, and thought he could handle his own emotions well enough without outside aide. To his mind, self-respect and worth came from within, few other sources sufficed. If one depended on others for reinforcement, they were insecure by default.

Nevertheless, he made his way to the Infirmary near the University.

On the bright side, this might help him hone his skills at psychology, gaining some skill by osmosis from one who was better learned in the ways of the science than him. The ex-slave approached the receptionist who handled the intake of patients. "I'm here for therapy, ordered and paid for by the head jailer's office." He waited a moment for her to reply, then added, "I'm not sure this is necessary. I just wanted to note that my intake was not entirely voluntary."

There'd been a few things troubling Woe over the past few trials. From his failure to apprehend Emma Heen, even going as far as to let her free and remaining under his protection, to his 'gentle' treatment of Fridgar at the Dungeons, to his renouncement of Erastus upon hearing what he planned to do with the slaves he'd procured for him. It couldn't be denied that Woe had a bit going on at the moment, but he wasn't sure being sent to the madhouse was the best solution for it.

After waiting a few bits, he began casting about impatiently, waiting for whoever it was that would see him here.
word count: 345

Re: Shaking off the Cobwebs

”Please, take a seat by the chaise lounger. Make yourself comfortable… Woe is it? That’s an interesting name.” The woman’s voice came from the door opposite the one he’d entered. Having been pacing for a good several bits without pause, his eyes were on the ground, wringing his hands in nervousness.

Finally, he looked up to see a blue-skinned woman, an Eidisi. He’d seen maybe one or two of them in his lifetime, they being such a rare breed, even in their own cities. Yet they did get around, it was rumored, and tended to travel by way of preference. The woman was dressed professionally, with a tweed longcoat, skirt and white blouse. Her shoes clicked against the floorboards as she made her way behind the desk, and nodded then gestured toward the aforementioned chair.

He promptly stopped pacing, and went over to seat himself. At first he had trouble making himself comfortable, uncertain of how to hold himself in such a luxurious piece of furniture. This was surely not what he expected of a madhouse, or what they called an asylum. But then, it was only part of the place. One presumed those working with the insane enjoyed their comforts compartmentalized away from the rest of the madness.

They laughed nervously, before letting the other speak. Woe gestured that she should begin. He had little to say in any event, or so he thought. ”Well, Mister Woe. It says here you are part of Erastus’ household? You used to be his servant, correct?”

Woe nodded, ”Yes. I was brought up a slave. And he was kind enough to free me.” The man lied about kindness. It was more a matter of utility, and making way for healthier, younger slaves that could fulfill his purposes better. Meanwhile, he kept Woe on a longer leash.

”I see. He’s a very good leatherworker. Did you know we get most of our bindings and some of our medical accessories from him? He does fine work with that special leather of his.”

”Now, what brings you here today?”

”I’m here on the recommendation of the head jailer.”

”The head jailer…” The eidisi woman frowned, looking down at her papers. ”It says you’re here at Erastus’ expense…”

Woe still squirmed in the chaise lounge, bending his neck to see over toward the paper she was looking at, only to get rebuffed when she covered it with a hand. ”Ah, yes. I still run errands from time to time. We are very close, you know?”

The woman smiled, her expression unreadable. ”Tell me about your friendship with Erastus. What’s the nature of your relationship?”

Woe shrugged, finding himself short of tongue, ”He’s more than a former master. He’s been a mentor, an employer. He treats his slaves fairly well, all told, but… I mean… Yes, he’s mostly a mentor.”

The woman took a moment to scrawl something on her journal, which was held open by paper weights. Woe was only left to wonder what she might’ve written. For all his understanding and experience observing the human condition, he had little in the way of formal training for study of the human or even eidisi mind.

”I see… Is that it, then? There’s no real emotional bond it’s all just, business?”

”Well, I…” Woe started, and then stopped. This was unfamiliar territory to him. Not used to the idea of having someone else bear open his feelings to explore his inner world. He’d mostly kept the door shut and locked tight. Although he often tried to be forthright and uncompromising. Not to say he was incapable of lying, he excelled at the deceptive rhetoric when out and convincing poor families to sell their children to Erastus as indentured servants. However… He lost the plot of where that train of thought was going, and just lay on the chaise, his mouth agape and trying to find words to continue.

”Very well.” the woman sighed, ”Is there anything specific that I should know is bothering you? Remember, I’m bound by oath to bear private witness to anything you say. Nothing you tell me need leave this room.”

Another sigh from her, ”Tell me about the Emma Heen job.”

Woe had to resist the urge to shoot up in alarm, at the very mention of his paramour’s name. The fugitive he’d taken under his roof, in a fit of uncharacteristic pity. ”I failed that bounty, obviously. She never made it to jail.”

The Eidisi smiled, as if reveling in another secret. An expression so well cultivated by her kind. ”Did you ever get close to her, or find any leads? How did your failure impact your work at the jail?”

”Well… As a matter of fact, I did find her, but she was too great a challenge for me. Far too quick with a knife. And this season isn’t ideal for hunting, exactly.” He said, looking out the narrow window in her office, to the moonlit streets.

”So… you failed to apprehend her? Did she wound you? How did you survive?”

Woe didn’t like the idea of being questioned so aggressively, and wondered if the Eidisi was as talented a psychologist as she’d been billed to him. Nevertheless, he went along with the story he’d concocted, after letting Emma Heen shack under his roof.

”She didn’t manage to hit anything vital, but I nearly bled out onto the ground. If it wasn’t for a passing guard, I would have died. I told them where they could find Heen. And so they left me, and allowed me to walk back to the city, while they went off in search of her. That’s the last I knew of her. Why, did they catch her?”

He threw in the last bit as an amateurish gambit to throw off suspicion. And he knew it was amateurish. The Eidisi sighed again, in her mysterious way, and then closed her journal after writing just a few more lines in it. ”That must have been a terrible experience. You sought healing then? Yes. Or you wouldn’t be here I suspect.”

She brought out a seal, and dripped wax onto a piece of paper that was folded up. Then, having applied the seal, pressed her signet against it. ”And there was also the episode with the Lotharro prisoner… Fridgar was it?”

”Aye. The one who escaped jail?” Woe said, his voice wavering. She was really hitting on the unsteady territory for him, and it set him just a slight bit off balance.

”Yes… You knew him from before, did you not?”

”I met him in the street, where he was wrangling some pet or another. I helped him out then, and we are somewhat acquainted.”

”Hmm.” She stared at him for a few moments, then turned away, and filed the sealed paper into her desk. ”Well, from what the jail master tells me, you were quite beaten up when they found you in his cell, locked up. How did he manage to get the key?”

”He took it off of me when I… entered his cell to administer punishment.”

She quirked a brow, ”Is that standard procedure for the jail? Why did you enter his cell?”

”He was being beligerrent, and riling up the other prisoners. I had to do something.”

”And that’s when he jumped you, and escaped.” She lifted her brows, ”It’s a good thing he didn’t go to the trouble of unleashing the rest of the prisoners…”

”Well… I…” Woe stammered, and then shook his head. ”Nevermind. I’m lucky to still be in a job.”

”About that…” She sighed, ”You’re to go on unpaid leave, for the remainder of Ashan. This is not an official punishment, mind, we don’t hold you resposible for Fridgar’s escape, or Emma Heen’s… There will be work available for you should you wish to take it, but for the next season, you won’t be tending the jails.”

Woe furrowed his brow. It was an outrage, he should’ve been outraged. Yet, he was also relieved. They appeared to have let him off the hook, entirely oblivious to his complicity in the release of those two criminals. She stared at him, seeming to notice the signs of relief. She jotted something into her journal and then applied powder and closed it shut.

”That will be all for today, but Erastus insists you come in for another session.”

Woe nodded, rising from the chaise, to stand. ”I will, and thank you. It helped to talk about these… experiences.” 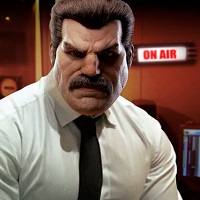 Re: Shaking off the Cobwebs

Woe
Knowledge:
Deception: Sticking to your story.
Discipline: Resisting the urge to spill the beans.
Meditation: Maintaining a semblance of calm
Psychology: Therapy: Taking notes while interviewing a patient.
Psychology: Relief can be interpreted in several ways, not all of them favorably.
Psychology: Talking through experiences can reveal underlying motives that escaped notice at the time.

Points: 10 May not be used for Magic

It is best to get help if your superiors say so. Hope that since you were nice to the prisoner Fridgar he did not throw a door at you. Failure is not always bad, but it is when you keep it stuck in your head. You may be lucky, but of course you are on mental leave. Woe knows the truth, and it may still dig at him what he did. Good work on the thread.