Scalvoris!
Well, so this thread got me thinking and so I just wanted to put it out there.

Scalvoris re-opened this season with a completely new look ~ more than that, it's story has moved on. The Pirate Lords are gone, there's a new Academy/ University, next season there's an expedition going into the Ice Caves of Ishallr etc. I love that there's lots going on. But did you know?.......

In Scalvoris, we have a range of city factions (five or six) that I'd love to see pc's getting involved in - they are for one so far, which is great considering it's our first season of being open.

There's also the Merchants' Guild, which I'd love to see PCs rising in.

Then, there's the military (got a couple of recruits, which is great), what's not to like there?

The Academy (got 1 pc professor so far and 3 pc students!)

The government - there are a load of positions there, all currently filled by NPCs. I'd much rather it was pc-driven, personally.

So, if you're wanting to play a pc that progresses in city factions / groups, someone who really wants to focus on being a business-owner or politics, all that kind of stuff ~ check out the Scalvoris Lore and see if it might be up your street. 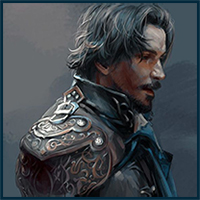 Slight change of plans. Ae'garn is headed your way for next season.
Although with your okay, i'll make his official arrival in the next season thread, this is the journey there.
http://standingtrials.com/viewtopic.php?f=249&t=6167

Open for anyone else travelling from Andaris of course. Definitely some rocky seas ahead, maybe a small band of pirates, who knows.
word count: 64
Top

Excellent! Delighted to see you!

Pegasus wrote:Excellent! Delighted to see you!

Yep, if there is one certainty, I can promise you that