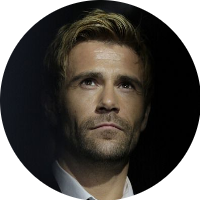 So a preface to this post before I get any further: Standing Trials is the first site I've ever been a part of with language system that is able to be learned, mastered and expanded on. It's a truly exciting prospect for us linguist nerds.

That being said, I've some concerns about the system. The first is one that I'm sure any other linguist PC would agree with. Upon examining the rules for learning languages, the instructions aren't very clear. In order to level an easy language from Unlearned to Broken is 25 skill points and 1 knowledge. From Broken to Conversation, 30 points and 2 knowledges. Is this 25+30 to become Conversational, or is it 30 cumulative, and the knowledges just increase as it goes?

Personally, I think the latter is the better system. In real life, learning a language becomes easier the further into it you get, and I see no reason why ST should be any different. If it takes 55 skill points, or ~6 solos worth of points for ONE language to be vaguely proficient, it would become a tedious process to level multiple languages, especially at higher levels of difficulty.

Which brings me to the Linguistics skill. It offers quick ways to advance languages, and that's really great for those of us who want to use it. But, two things strike me about this. One, Linguistics is yet another skill, which requires its own points sink to level and use effectively. The second is that by leveling a language with Linguistics, you don't obtain the points for that level, but instead just gain the level. ALSO, it grants no knowledges as you advance it.

In order to address these, perhaps the Linguistics skill could be changed, or could offer more bonuses. For example, if for every level of skill in Linguistics ( Novice, Competent, Expert, Master, Legendary ), the number of skill points required for the languages changed, it would be simpler. For example, if a Novice Linguist wanted to learn Leni, an Easy skill, it would cost 5% less than someone unskilled in Linguistics. Each tier would offer 5% more discount. OR let the skill points count for more as the tiers progress. So 1:1 at Novice, 2:1 at Competent etc. This way, spending 100 or, gods forbid, 251 skill points in Linguistics offers a true bonus to learning languages, so that a Legendary Linguist would be able to learn even the hardest languages more effectively, with each skill point spent in languages counting as 5.

I don't know, this is just to open the idea to discussion. It's late, so don't judge me.
word count: 529
Top 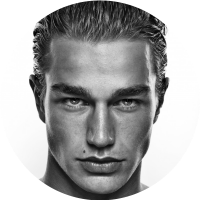 I wouldn't necessarily say that with progress, languages get easier. It might strongly depend. I remember that getting to passive or subjunctive forms could feel like a major hurdle in a language long after I thought I had a pretty good handle on it. In part because I may have been approximating these constructions with faulty grammar before and had to unlearn that. With a language using a different script or other differences (going from, say, English to consonant-based languages or tonal languages) the initial hurdle might definitely be the biggest though.

I'd also keep in mind that the Language system in ST was probably not created with the linguistically inclined scholar in mind but rather meant for people picking up languages via exposure which is a mostly organic process and in my estimation does get harder as you move away from the everyday.

Which isn't to say that the entire Language system couldn't do with some adjustments. Also see my post on Language Families down the page. There should be consideration for languages using the same symbols, similar grammar or words just a vowel shift away if they have a common origin... and thus possible cost reductions for enterprising Linguists. Also see I think Golem's reply there. We (the players) are totally able to contribute our vision for something and at least submit it for consideration.

There's a ton of ways this could be modified, but of course this will always impact the people who already invested in the old system so no idea how much leeway you might have there.
word count: 269
Top 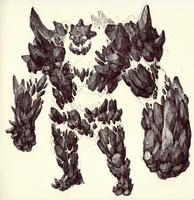 Wow, lots of info here. I'll do my best to go through and answer the question as best I can.

1) Yes, it is an additional 30 points to level up to conversational after the 25 from broken, however, knowledges are cumulative. To level up, you'd need 55 skill points and 2 knowledges of that language. The idea behind this is to strongly try and encourage people to use the linguistics skill. By using that you get free language upgrades, and is often far cheaper than upgrading each individual language.

2)I like that idea- decreasing the cost is another bonus to taking the linguistics skill. I'll add this to our staff suggestion thread and talk with some of the others about implementing it.

And yes, just confirming what was said above- you guys are more than welcome to try your hand at helping out to develop these kinds of things.
word count: 156
Top

Echoing parts of what Aeodan says, I would like to see some tweaks with the language system, if at all possible. I loveeee the language system as a whole. Y'all wouldn't believe my excitement when it came out, and I immediately utilized the guide and dropped some skill points into Common. It makes linguistics feel like a rewarding skill that doesn't just sit squarely in the realm of academia. It has practical uses for knights, merchants, and nearly any PC!

On that note, I'm sad to see that PCs aren't utilizing the language system more. We have many PCs that travel all over Idalos without a translator and I always wonder how they must feel being in a city where Common isn't... well, common. I think the variety of languages provides a lot of opportunities for tension and conflict as these PCs feel lonely and unable to communicate. Then, boom - language guide to the rescue! So, all said, I'd like to reiterate my earlier statement - the language system is a great RP resource that lends a feeling of 'culture' to the world of Idalos as a whole. (I mean seriously, we have soooo many written languages).

Moving on, if we look at a PC who wants to become a knight, we might see the following: The PC picks up novice linguistics to gain an additional two language slots to eventually learn Draketh and Rakahi. Draketh is directly related to his/her profession and the addition of Rakahi means that he can communicate with any Biqaj come into Andaris. Win-win, right? Well, that PC would obtain Rakahi (Broken) as a novice linguistics bonus. He would then have to gain a knowledge 25 skill points to move to conversational. Draketh is much more involved and would take additional time. I've broken it all down below,

This is an ambitious PC with big dreams. They could have stopped at conversational Draketh/Rakahi and saved themselves a lot of time, but for the sake of example, I'll add up all of the above and assume they want to be an amazing renaissance-man/woman kind of knight. That's 210 skill points (or 14 threads with the 2+ PC collaboration bonus) for the languages, with an additional 5 points for the novice linguistics. 215 skill points in total!

With this many points, a PC could easily go from unskilled to Master in any number of skills, including magic. While the PC is gaining the benefit of two languages at fluent, I think the steep costs will discourage all but the most dedicated of PCs. I'm not sure what the solution is or if anything needs to be changed, but I wanted to provide an example to anyone who comes across this thread.
word count: 518
Top

I strongly agree with Inali's sentiments here. I definitely think the system could use some improvement to become more relevant to the RP. Would love more people learning other languages, but the incentive just seems too low for the cost!
word count: 41
Top
Locked Request an XP Review Claim Wealth Thread
5 posts • Page 1 of 1