• Closed • Between the lines

14th Cyclus - 717
While the Cyclus cold gnawed at the bones of any who dared to venture outside, Rafael sat quietly in the furthest corner of a muggy old classroom. The building was old and had seen better days. Every so often a gust of wind would whistle through one of the cracks in the wall and cause the hairs on his body to stand on end. Yet, despite all this, their teacher for the day persisted.

She was young. Younger than any teacher he'd ever had before and blessed with piercing blue eyes. At first glance he'd even thought her to be one of the dozen or so students who sat hunched over fresh parchment in rickety schoolbenches. Being of noble birth, Rafael had enjoyed private tutelage for the majority of his childhood but his education had been cut short when he'd left Warrick to squire under Malcolm. But with Malcolm so far away and his future in the Iron Hand being so uncertain, Olyfer had encouraged him to finish his education and join one of the public classes. The first time he'd stepped into the classroom he'd deliberately dressed plainly and had only introduced himself as Rafael. So far, no one had bothered to ask any further questions and he hoped it would remain that way until he would head back home to Warrick at the end of the season.

A quiet sigh escaped him as his gaze drifted away from the teacher and towards the large windows. On most other days he was a fine student, but today, everything seemed to simply bounce off his brain. As he looked outside he could only think of his return to home and the inevitable talk he would have with his father. As his eyes wandered back into the classroom he wondered how many of them had even the faintest idea that he had helped a handful of Qe'dreki escape certain death. While he cared little for their opinion he was certain that not many would sympathize with his views. His eyes flicked over to the young teacher. Whose side would she be on?

Resting his chin in the cup of his hands, he wondered, blisfully unaware that his daydreaming might be perceived as staring. 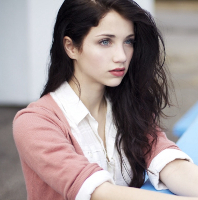 I suppose I have to teach the young rascal a lesson.
word count: 11
Top
Locked Request an XP Review Claim Wealth Thread
2 posts • Page 1 of 1