Named after Etzos' original founder, all players new to the city must post their arrival here first 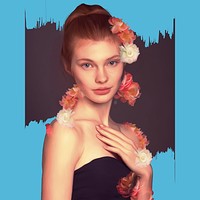 The trek to the fortress city of Etzos was not a long one from the river, but it felt like an eternity to Lucy. She shambled along, a zombie of flesh and bone but barely life, her pupils dilated despite the glarind sunlight. She would have shielded her eyes if she had the strength, but it had flown from her limbs trials before. She fought back the urge to vomit, instead, pushing along with the crowd of people moving into the great Pahrn Gate. Set behind an elderly woman with a burlap sack, presumably of belongings, Lucy considered reaching a weakened hand into the bag and feeling along for something she might use... Or sell.

Little Lucy of Lysoria... From street queen to beggar rat, she thought, fiercely fighting the urge to rob the woman. She looked to her left and right, to the guards who were ushering men and women in after taking their records. She likely would be caught anyway, even if her pride allowed her to steal from the woman. Nevertheless, the though remained on her mind until she stepped up to an armored guard, who looked at her from beneath his skullcap in expectant silence. When nothing was forthcoming, he huffed and motioned with his hand for her to get on with it.

"Name and business in the city?" the man said, sounding bored with the line he'd muttered a thousand, thousand times. Lucy stared at him for several trills, prompting him to lean forward to examine her ashen pallor and dilated pupils.

"Are you sick?" he asked, not concerned for her health but for the health of the city. Those infected by the Plague Bitch were not welcome in the mighty walls of Etzos, but Lucy shook her head.

"Hungry and tired is all, ser," came the weak reply, and she forced a meek smile. It would have never been believed in Ne'haer, where she was known to every guard in the city almost. But the one here seemed convinced, and after studying her for another moment, waved her on through into the city. She needed to find food, shelter... And comfort. That should be the easiest, since she had an idea how to find it.
word count: 381
Top Woe approached the gates of Etzos once more. They were looking more, populated, more orderly than he'd remembered from last time. Where before the plague-heaps, funeral pyres, and mass graves had once lain scattered across the walls of the Big Smoke, now there appeared to be regular patrols of blackguards and military on the walls, and the gates were properly manned with several representatives of authority. Perhaps his mother hadn't been mistaken in sliding into Etzos as its 'savior'. Maybe this was exactly where they needed to be. As if there was a 'they' anymore. Woe shrugged at the guards and presented himself as they asked, "I'm Woe Morandi. I'm here to visit family."

The light of the suns caught on him briefly, revealing a newly emerged hone mutation, that caused shadows to play strangely upon his skin. It was obvious to anyone looking at him that he was a little bit of a freak. Yet magic was largely tolerated as a discipline here in Etzos, was it not?

Barring any objections from the guards or exceptions to be made, Woe walked into the Outer Perimeter of the city, ready to see what he could see of his mother's handiwork.

It there was to be a reunion, it would be a very strained one. He almost rather hoped that his arrival would go unnoticed, and that he might have time to himself, to relax and perhaps find some honest work. In any event, his duties to the Guild of Hospitality couldn't stand to have him be here for more than a season. He would have to return to Quacia and resume his duties and machinations there. 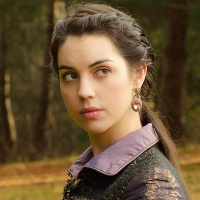 Natalia was the very picture of calm. “Get tossed into a Yaralon sewer, and you’ll figure it out. There’s always something worse.” Of course, neither of them looked their best. Forty trials at sea in cramped quarters would do that to a person, but arrive they had. Walking from where the boat had docked, they were given directions for the main gate and sent on their way.

Her eyes lifted, seeing the fortress city for the first time. An odd feeling rose inside, one she had expected and frankly would have been concerned had it not made an appearance. Change was difficult, and leaving Scalvoris for Etzos, even for a small window of time, was change Natalia hadn’t seen coming. Had it not been for Grayson, they might not have traveled there at all, but her trust was in his assessment of her restlessness and recommendation heeded.

“Looks warm and friendly to me,” she said, delivering up the words without a hint of sarcasm, although her cousin knew her well enough to know the statement was dripping with such. Chuckling lightly, he retorted. “I told you. It’s not a nice place, but I think it’s perfect for what you need. At least right now.”

She had overheard enough on the trip to Etzos to know that it, at the very least, was somewhat anti-Immortal, which posed a bit of a dilemma for her, being the daughter of Chamadarst. Not that she had a relationship with her Immortal father or anything of the sort, but still, it was logical to assume that the progeny of Immortals weren’t given a warm welcome either. Grayson had assured her that if she didn’t go around mentioning that fact, everything would be fine, but it still concerned the young woman.

Soon enough, they arrived at the gate, and a guard approached. “Natalia Gregorios,” she answered. Although most military types were similar, a glance told Natalia everything she needed to know about the man, so it wasn’t that hard to deduce that being straightforward was the best play.

The name part wasn’t difficult, but the next question posed a slight challenge. She couldn’t very well say what she was really in Etzos to do, so some other variant would have to do. “Seeking training in a few trades, and no, nothing unusual to declare.”

Once Grayson was done with his entrance interview, they asked for directions to a suitable inn and were on their way into the city.

word count: 497
"A girl should be two things: who and what she wants."