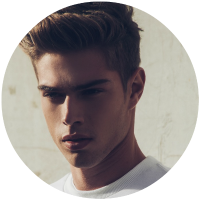 Cling not to the ephemeral. That is what I've learned this past season. That which is fleeting shall never stay, not for want or for necessity. Instead, it shall pass, and leave you with nothing but an empty feeling and a fond memory. Which is all the worse, I should think. Were the memory soured, or not existent in the first place, I feel that perhaps my situation would be different. Except that they are not, and I am.

It has been a month since I've spoken to my dearest Lazuli, though not for her lack of trying. No, instead, I have become a recluse of my own volition, secluding myself from all but my most loyal manservant, Lionel. I have shut securely that door which I opened less than two month before, the door burst at the hinges by love in its purest form, and have vowed not to open such a vile door again. Indeed, perhaps that was not the first of those doors I have opened, and the experience of the first may cloud the enjoyment of the second. He was worth it.

On second thought, was he? I found it dreadfully dull to pine for him in his absence, and it is not that it is my concern what he does or where he goes, but instead that he went and is gone... without me. Since I was a boy, and he budding into a man, my cousin and I have shared a certain tenderness, one borne not from proximity of body, but of proximity of heart. He has told me his dark secret, and I mine to him. We grew together, in the purest form of love, since we were boys. And still, without word, he departs and leaves me to myself, silent in my sorrow but singing through my desolation.

And yet, even as I scribble these words, I find myself doubting their sincerity, even from my own hand. My cousin will always hold this place in my heart, even if I were to wish upon him a fate worse than death; which I do not. Instead, no, I wish that he knew what hurt he has sown, and what he shall reap upon his return to the false duchy of his solitude. He shall find that his empire that he built, the singular rose in the garden he has tended dearly for ten arcs, shall smolder in ruin and flame. He shall find that the he whom he loved, if only in the brief flicker of passion, has withered and wasted, not dead from starvation but from loneliness.

And cousin, for this should find you in due course... Cousin, I hope that as you read this, it conjures images of the two of us as children, sipping wine when our parents backs were turned and giggling into the night at the jokes about the lusty barmaid. I hope that you see as though I was standing in your vision my face, bright and shining and smiling, and know that you will not see it again as such. Alistair, my only desire in this letter is that it leave you with vitriol in your throat, and that every time someone mentions the sadness caused by your dearest cousin Theodore, that you suffer my name. Upon reading this, take your leave again, this time from this world as I surely will in short time. As he finished the note, Teddy set the quill down, practised eye scanning the page. The two lines he scribbled, though he could erase them, gave more sentiment to the parchment than Teddy expected. From the corners of his eyes streamed tears, warm on his already-flushed skin. His pale hands shook, both in anger and anxiety, unable to even hold the quill any longer. No sooner had he removed the parchment from the desk did he start openly weeping, sobs carrying into the quiet stillness of the room.

He put his head down on his arms, resting on the desk to allow the sobs to wrack his body. His ability to breathe was restricted, and he felt as though he were suffocating, causing him to suddenly lurch to his feet. Quickly rolling the parchment and tying it with a red ribbon, Theodore hid the note under his bedding, calling to his manservant Lionel.

"Lionel? Are you awake? I am ready for my bath to be drawn, please. The usual." He heard a distinct snore and then the smacking of lips, as if Teddy had woken him up. With a wistful smile, Teddy paced back into his bedroom and removed his clothing, which were not bedclothes at all. Instead, he wore the outfit that Alistair had given him as a gift, as he had most trials since Alistair's departure. He folded them neatly while listening intently to Lionel setting the water for the bath. He could already smell the spices, and they seemed to calm him. Shortly, Lionel's head appeared at the door. He seemed surprised to see Theodore already undressed and lounging languidly on his bed, awaiting the bath.

"My lord, it is still quite early in the trial. Perhaps sleep would suit you more than a bath, yes?" But the look from Theodore stopped any further chastising, and instead, Lionel sighed. "Very well, my lord. Shall I prepare a breakfast, then?"

Theodore slid from the bed, and Lionel's eyes remained on his charge's face. Lionel never looked at his body, perhaps because he used to clean the shit from it when Theodore was a babe. Nevertheless, his demeanor was quite as it always was, which even further calmed the Young Rose. A slight shake of the head, though, set Lionel back on his heels.

"No, thank you, Lionel. In fact, return to your slumber. I am fairly certain that after seventeen arcs, I can bathe myself without supervision. Unless you'd like to stay and watch, that is..." He knew the mischief would deter Lionel, who was neither in the mood nor particularly receptive to Theodore's jests about his sexuality in any case. The manservant simply offered a shake of his head and returned to his sleeping chambers. Theodore, on the other hand, returned to his bed and snatched the scroll from where he was sitting, grabbing his razor and mirror so that he may shave while bathing.

As he entered the marbled bathroom, the scent of cinnamon and cloves swirled into his nostrils, sending sensations to his brain. The water was scalding, just the way the young Venora liked it, and he slid into it without much fuss. He watched how the water steamed against his skin, getting lost in the swirling eddies of the steam dancing on his surface. He sat, transfixed, for bits. But after a moment, he returned to reality and the crushing weight on his chest.

Theodore could not remember the last time he smiled, at least genuinely. Of course, his affectations in the public purview were different, as he could be as false as he wanted to be, but those closest to him could sense his dysfunction. Indeed, Lionel had grown concerned because Theodore stopped drinking wine, which he thought the lad would never do, and refused food for nearly a cycle after Lazuli's return to Warrick. Until Lionel's shoulder healed from the attack of the shadow monster, Theodore would not allow the manservant to work, instead demanding Lionel stay in bed and rest... Theodore never left his bed either. And since, the young Venora had been reclusive and confidential, not allowing visitors or even taking letters. Theodore knew Lionel had noted his change... He just did not concern himself with Lionel's opinion.

Instead, he sat in the bath, soaking his burning skin. He closed his eyes and leaned his head back on the tub, sinking ever further into its depths. Closer and closer he drew to the water's surface, and the scent of spice intensified as his nose came level with the water. Before he knew it, he was under the water, eyes open and burning. He stayed there, despite the pain caused by the scalding water, until his lungs burned as much as his skin. Yet still, he held himself there, dark rings circling his vision, until he could no longer stand it. His head burst from the water as he gasped in sweet air, chest heaving and thrashing spewing water everywhere.

And Theodore was irate. He slammed a hand against the edge of the tub, sending a shockwave of pain to his shoulder. He examined the hand, and the knuckles were swollen and bleeding within trills. Gritting his teeth, the Venora boy stood and growled, punching the tub from a greater height to allow more leverage. Blow after blow, until his left hand was numb and broken, rained onto the tub. With a yelp of pain and frustration, Teddy splashed back down into the tub, sending more water cascading to the floor.

Tears streamed from his eyes, which were naturally drawn to the counter-top, where his letter sat undisturbed by how outburst. His mind whirred, racing over every word and ever connotation to ensure it was exactly as he wished it. As the tears continued to fall, he closed his eyes again. His good hand groped the side of the tub, fingers finally wrapping around the object he wished to see. Without opening his eyes, flipped it open, holding it under the water as he ran a finger along its spine. Though the water was burning him, chills ran over his flesh.

With his eyes closed, he set the razor to his arm and dragged, tracing a jagged line from his wrist to his elbow. He then switched hands, feebly holding the bloody instrument with his broken hand. He repeated the motion, opening the vein from wrist to elbow. With a scream of pain, he dropped the razor to the ground, sending a loud clang through the room.

Once again, he was transfixed by the water. This time, instead of steam dancing on its surface, a dervish of tranquility, blood swirled beneath it, painting the skin it touched in a crimson hue. He laid his head back as his arms began to grow colder and colder, numbing from bloodloss in bits. Suddenly, Lionel rushed in, having heard his scream. He sprinted to the side of the tub, murmuring words that Theodore could not make out. He clung to consciousness the best he could, but the darkness on the edges of his vision grew thicker, threatening to rend him quickly from the world. And there he sat, bleeding out in the tub in Lionel's arms.
word count: 1225
Top
Locked Request an XP Review Claim Wealth Thread
2 posts • Page 1 of 1