This area is unmoderated. Please click on "Forum Rules" at the top of this page or go to the "Unmoderated Areas" forum to see the rules for playing here.
Forum rules
Post Reply Request an XP Review Claim Wealth Thread
5 posts • Page 1 of 1 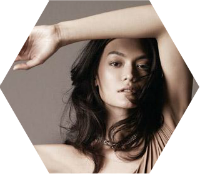 Temples were a hotbed of information. That was a lesson Moiran had learned as a girl at the elbow of a favored of Aeva. Like many of the far flung who found themselves within the auspices of Dhruv Ej'ryn, Cressa took Moiran as a temporary pupil and suffered the child's endless questions with admirable patience. It was she who introduced Moiran to her first temple following a stretch of deprivation in the fleet. They had recently fled the blasphemous Nashaki, a city whose political machinations regarding the dispersal of water left the faithful biqaj shaken. Others, such as Moiran's father, rocked with fury and his quartermaster's wisdom alone spared all of them further battle. Cressa all but booted Moiran off boat in Ivorian and hauled her along for an expedition to the temples of Yithiral.

Cressa was a woman of varied interests and religion and theology were not her primary lesson that day or those following. Instead the ambitious jeweler showed Moiran how to douse for the deep wells of secrets. The accumulation of knowledge and sound information on current affairs was necessary for business. Any business.

It was those hot, distant days ripening in Moiran's memory that brought her to the door of Inali, a pitcher of fresh water in hand.

Moonlight illuminated the priestess as she waited for her knock to be answered, responding to the thick silver blood in her veins. It slunk her shadow out through the street and deepened that darkness of her hair, left loose to ruffle over the collar of her weathered coat. That coat hung open despite the cold, old brass buttons a dull glimmer. She was unaffected by the chill, neither stamping nor shivering though her breath fogged like anyone's in the interminable night. Tall boots, low slung trousers, and a slight frame in need of good feeding made her up as an average stranger. Moiran would be surprised if anyone found her striking anymore.

A ready smile appeared at the opening of the door. It crinkled the corners of her eyes, their color drifting from frigid blue toward warmer hues of amethyst and pink. Shockingly genuine.

"Hello. I'm sorry to disturb you. Are you Inali? I'm Moiran." The white-eyed woman was studied with an unfaded curiosity. Rakahi came out of her mouth, fluent as her heartbeat. Perhaps a linguistics scholar could hear that this was one biqaj who was not from Ne'haer. Moiran's language had no mooring, and it never had. She was from nowhere, the product of the world's ports. "I heard you might be willing to help me learn to speak better Common."
word count: 450 Inali had burned through the early hours of the day with one hand flipping through pages of ‘Basic Business Principles’ while her dominant hand scribbled notes in a ragged journal. A librarian within the Academy library had suggested the tome hesitantly when Inali had inquired about the business plan applications Vyryn had mentioned to her many seasons past. The Judgement Hall clerk had looked at her blankly, and suggested she ask a banker. The banker had scoffed and called for the next patron to come to the counter before Inali had finished her question. Enraged, the Eidisi had cursed the short man harshly in her mother tongue before stomping out into the snow, wishing him all manner of ills.

The biting cold of Cylus had turned the inhabitants of Ne’haer into cruel caricatures of themselves. The banker was kind when compared to the patrons that incited near constant bar fights. The whole city had something to prove after the disappearance of the children in the city square. With her patience running thin, Inali had turned to the Academy library as a last resort. There were no applications within the stone building, but the book would provide ample reading material until the warmth of Ashan thawed the city and the moods of her inhabitants.

The well loved business primer had been annotated and underlined by generations of aspiring businessmen and woman. The defaced text pained her eyes and it took considerable effort to gather the few notes that she had written within the journal.


As Inali began searching for some indication of how she should invest her early profits, a welcome knock at the door distracted her from a chapter entitled “Business Taxes and Tariffs”.

Inali rubbed her eyes and stoppered her inkwell before rising to her feet. She opened the door to see a bright-eyed Biqaj smiling upward towards her, glass pitcher of water clutched in her hand. The woman was dressed in a pair of trousers, a coat that had seen better days, and a pair of boots that were completely foreign to Inali. The Eidisi raised an eyebrow, sure that the woman had come to beg for a warm place to spend the night. Before she could make up an excuse about having a floor covered in broken glass from an experiment gone wrong, the woman spoke up in Rakahi.

Inali looked at the woman expectantly, waiting for some indication of who had referred her. With no reply after a few awkward trills, Inali settled into her second plan. She replied to the Biqaj in Common, caring little if the woman understood more than a few words.

“You want to learn Common then? Why? Why not seek out any number of your kin and learn their bastardized variant of it, with their phrases surrounding ‘aft’ and ‘fore’ and ‘starboard’? Surely they can help you. It’s how I had to learn, out on Lake Rea. If you really wanted to learn, wouldn’t you have tried asking me in Common? You assumed I spoke Rakahi and you stand here in clothing fit for Ymiden. Why not seek out shelter elsewhere? There’s no need to lie.”

Inali looked upward for a moment, taking in the pale glow of the moonlight on the rooftops of a nearby building. Perhaps it was too harsh. It took a moment of somber reflection to realize that she was no longer in Viden - the harsh tone of a busy professor was enough to offend instead of inspire.
[/quote]
word count: 659
Top

Inali smirked to herself as the girl left the premises. Her haughty professor tone hadn’t suffered after all those years away from a formal classroom. Good. She didn’t need random women barging in and asking for lessons that they had no hope of taking seriously. The eidisi knew that her thoughts would be considered cruel here, but she had seen what happened to inattentive pupils – they would start strong and learn lots of basic words and then stop studying as soon as the more difficult grammar lessons entered the equation. It was a dreadful waste of time for all parties involved.

The eidisi shook her head and returned to the Business Taxes and Tariffs section of her book. It took effort not to groan out loud. The section had its own table of contents to list out various known laws and regulations by city. Further, there was an entire twenty-page section devoted to theoretical taxes that could topple all but the most prepared of business owners. Deciding to forego the section on known taxes until she had decided on a location for her business, Inali flipped to the pages that were concerned with taxes in times of war.

The text was based on small skirmishes and city takeovers of the past, but it was abundantly clear that any military occupation would result in high taxes and possibly extortion. A particularly chilling account scribed by a tailor during wartime described how his business was taken over to produce uniforms and standards. He was, of course, given none of the profits. Within a half arc his family was too poor to stay in the city. Inali frowned at this, suddenly understanding why a large fund for incidentals was necessary. The odds of a classroom being taken oven was slim and she could ply her craft anywhere that had a flat surface. Still, who wanted to learn during times of war?
word count: 328
Top

There was some mercy to found in the withered text. The final chapter was dedicated entirely to business success stories. The author made sure to include a variety of industries and cultures – highlighting that a well thought out business plan could ensure success – if it was paired with a talented artisan. She laughed lightly at this. In Viden, there was never a shortage of eager parents looking for tutors for any subject under the sun. While her knowledge of linguistics wasn’t good enough to tutor the most promising pupils in her home city, Inali knew that she could succeed outside of Yvithia’s domain.

The most intriguing success story discussed the various problems a sea-faring merchant faced when he lost his ship and crew. It took multiple arcs to save to funds needed to buy another ship, and another arc beyond that to regain the trust of the sailors. When he did, he was beset with more issues. The sails were cheaply made and the stitching that held the large swaths of fabric together unraveled during their maiden voyage. During the arcs where the captain was poor, he spent many nights at a popular inn. While unorthodox, he became a talented storyteller in his own right and used this skill to bolster the hopes of a crew that was on the verge of a mutiny. When they returned to port with a full shipment and new sails, the captain’s luck finally turned. He was able to invest in a full ship inspection to find the other small issues with the vessel and pay his crew a bonus for their ‘enduring fortitude’. An arc later, he was flush with nels and applications to join his crew. His first mate was given a ship of his own and the duo created a sailing empire.

Inali stretched and closed her notebook. While bland, the book had taught her much about the risky world of owning a business. Now she could focus on the wonderful dinner and stories that awaited her at a local tavern.
word count: 351
Top

Maybe you should go back to being tortured by Mara. I'm sure she has some 'business management' lores grind out of you ( ͡° ͜ʖ ͡°)