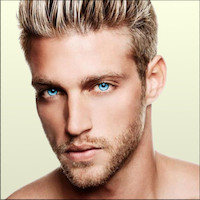 Anos and Atashi had rushed the girl, along with the multiple men- hogtied on the back of Atashi's horse- to Element Hall.

He wasn't a big fan of military after his run in with the Steward in the Iron Hand- it was all too easy to imagine the corruption and politics that marred what should have been a noble profession. Who knew how many of these men and women were using their position to lean on those beneath them. Despite that, and mainly for Trisha's sake, he had forced himself inside the building.

They hadn't been told much- the man's name was "One Eyed Jake", and he was a terror on Scalvoris. It was being kept under wraps to prevent total chaos, but word was beginning to leak. They had begged Trisha to keep quiet- they would pay for her treatment and host her somewhere safe until this was all over.

She had tearfully accepted, having woken up briefly. Hugging Anos once more, she whispered into his ear to keep searching, begging him to find her brother. It had been five trials.

That night, Anos had collapsed in his bed, exhausted.

Which brought him to totrial, instantly waking up as if he had been shaken. The door was locked to his room, though gaps of light shone through the cracks in the old wooden walls. He breathed deeply, his hand shaking for some reason. He stared at it for a moment, before reaching into his pocket and pulling out the object his mind had been focused on since yestertrial afternoon- a single chain link, shattered at one end.

Anos closed his eyes, trying to calm his breathing as the bits ticked by. Slowly, after what felt like ages, his tremors stopped, and his breathing slid into a smooth, slow rhythm. The name rolled around in his mind like a chant- One Eyed Jake. A song at times, the words blurred into one another and began to lose their meaning.

Like a flower, something opened in his brain. A light washed over him, the world suddenly appearing dimmer. He stood, feeling as if his body was moving of its own accord. He pulled on his chainmail in a trance and left the house. He saw the woman that he was renting from, and she was saying something to him, but the words washed over him without sticking- why did she move her mouth like that?

Floating on a cloud, he left the small shack and began walking quickly down the streets. The metal link was still clasped securely in his hand, but the name that was repeating in his head had quieted to a murmur.

He wasn’t paying attention to where he was going, so when his feet stopped of their own accord, he was surprised to see he was back at the house Atashi and he had gone to the other trial.

At least, until he caught sight of a blue-white outline disappearing inside the house. He furrowed his brow, his eyes narrowing as he strained, and the outline reappeared. It moved in reverse, as if he was turning back time, and Anos halted the shape as he walked forward to study it closer.

He walked in a circle around the shape, freezing as he caught sight of the face. WIthout question, it was One Eyed Jake.

SOURCE
Last edited by Anos on Tue Mar 28, 2017 3:31 am, edited 2 times in total. word count: 579
Whoever fights monsters should see to it that in the process he does not become a monster. And if you gaze into the abyss long enough, the abyss will gaze back into you
Top

Anos stared in shock and confusion, his brows furrowing as he lifted a shaky hand and passed it through the frozen image of the man.

The man looked to be about fifty or so, a thick beard covering his cheeks. A hat was pulled low over his eyes, but Anos could see the eyepatch despite it. He wore a heavy leather trenchcoat, patchy and repaired several times. Anos heard more speaking, dimly again, and he half turned to see someone in full armor speaking animatedly.

His gaze drifted away from them as the ghostly image backed up again. Anos followed behind as the image retreated, the light outline ghosting through other passerbys.

Anos felt as if he were detached, his body moving implacably forward. Those on the street moved out of his way, though he didn't see their scowls or muttered comments of "how rude!", or "Excuse me!"

The image led him through the town, the twists and turns soon ending in a deserted section of town. A large store, appearing to be a blacksmith, with a "Closed" sign hung in the window was where the image began, and try as he might, Anos couldn't see where One-Eyed Jake had come from before that. Still moving in a haze, Anos closed his eyes and focused. He needed to find the man. Repeating it like a mantra, he felt himself return to the world slightly, the fog lifting.

"Hello?" Anos called out as he hammered on the door with a mailed fist. "Anyone home?"

A crash was heard inside, a female shriek, and muttered comments before the door was thrown open. A half-dressed man stood in the doorway, a woman's face peeking around his considerable girth. A sheet was wrapped around her body, and Anos noted that he would normally be incredibly self-conscious in this situation. Somehow though, it felt as if it were happening to someone else.

"Ahem?" The man cleared his throat, frowning at Anos. He turned his body to block the woman from view, and Anos realized the man was the same height as him, and quite a bit wider, with the muscles of one who swings chunks of metal for a living.

Cocking his head, Anos looked at the man and nodded. "An old man, trenchcoat. He came by recently and bought chains."

The frown deepened, the man's face closing off. "Who are you? You not see the sign? We're closed."

Anos nodded, his mind momentarily drifting off. He jerked his attention back, focusing intently. "Aye. I'm with the Iron Hand, on lend to the, uh, Scalvoris Military. The man is One-Eyed Jake. This is a matter of life and death, sir. He has another captive." Ending with a conversational bomb like that should keep the focus from being on the first half- a shaky lie at best.

It got a reaction. The man jerked back, visibly shaken, and turned back to his companion. "Go back to bed Martha. I'll be there in a bit." Uncaring of the cold, the blacksmith stepped forward, forcing Anos to retreat as he closed the door. "Aye, I remember him. Odd man, but I never thought... I tried to look for him, but I couldn't find him- he left his gloves."

The words came out in a rush, as if the man needed to exonerate himself. A wind blew by, but the man barely budged. Anos wondered how warm the man's chest hair kept him- truth be told, he looked rather like a bear.

"Can.... Can I get those gloves?" Anos felt his focus slipping as the light began to wash over him again. Digging his nails into his palm, Anos grounded himself and took the proferred gloves. "Thank you."

Anos said some pleasantries, though what he said left his mind at the same time as they left his lips, and headed for the nearest tavern. There was something he had to do.
A hand on his shoulder brought him from his trance. His head jerked up, the gloves that had completely taken his attention, falling to the floor at his feet.

"You okay pal?" The voice was rough, the hand calloused. Anos muttered something, numb fingers reaching down to scoop up the gloves, pulling on the thick fur hat from Angela. Without saying another word, Anos brushed past the inn owner and back out into the cold.

He was too distracted to notice the shape that rose to follow him out.

The light was impossibly bright, stabbing at his eyes from all directions. Wincing, Anos trundled back to the blacksmith's shop.
The streets were dirtier and grimier in this part of town, the snow having already been churned into a wet, brown mush. Anos trudged through it, heedless of the puddles that soon soaked his feet.

A small shack was where it ended in a cul-de-sac at the end of a deserted street. The outline was pulsing in time with Anos' heartbeat, the world seeming to shimmer when he tried to look at it. Stepping up, Anos tried to peer through the dirty window, seeing nothing but blackness.

His attention on the present was nonexistant, so he never heard the opening door, nor did he hear the steps of the man creeping up behind him. The first warning he had was a cloth pressing firmly against his mouth and nose.

He had the presence of mind to struggle, but the man's arm was already pinned to his head. Thirty trills passed as Anos jerked and bucked, but he couldn't seem to hit the man behind him. He dropped his staff as his knees began to go weak, his mind screaming out for air.

One big gulp was all it took, and as the chemical burned the insides of his nose, blackness crept over his vision.[/color]

SOURCE
word count: 992
Whoever fights monsters should see to it that in the process he does not become a monster. And if you gaze into the abyss long enough, the abyss will gaze back into you
Top
Post Reply Request an XP Review Claim Wealth Thread
2 posts • Page 1 of 1