The seven Duchies of Central Rynmere and their respective baronies, cities, towns, villages, and landmarks each overseen by a Duke of one of the seven noble families and ultimately controlled by the King of Rynmere.
Locked Request an XP Review Claim Wealth Thread
3 posts • Page 1 of 1 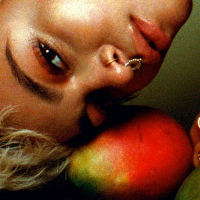 3rd of Cylus
[img]https://lh3.googleusercontent.com/-wIlx ... /ulsa3.png[/img]
Ulsa had not been long in Krome. This singular fact was the only reason she had taken it upon herself to explore her surroundings. The cold would have forced her to stay within her burrow, enveloping herself in the warmth of her mount. But her survival would depend on knowing the area and thus, she wandered. This lead to her current position, perched in the branches of a tree with a growing sense that she might have gotten herself lost.

The Tunawan stopped to assess where she was and how far she had gone from her burrow. It could not have been long since she left, which would mean that she could not have gone far. Still, this did not solve the overall problem. She crossed her arms over her chest, brows furrowing and a pout forming on her lips. Of all the times to get lost, it had to be now. Ulsa had not seen signs of other Tunawans ( much to her dismay ) and would not be able to ask for help in getting directed back to her burrow.

None of this, she understood, would have happened if she had stayed home. It was a simple fact she could attribute to much further back in her own timeline, but there was no changing the past. She got back to her feet, turning back the way she assumed she came. She reminded herself that things could be a whole lot worse. She could be like Kasin, lost in the world. Well, she could have been even more lost. Not so comforting a thought as she had hoped. But, her complaints and feeble attempts at comforting herself would need to wait until she actually found her way, she supposed.
Last edited by Ulsa on Fri Mar 10, 2017 12:25 am, edited 1 time in total. word count: 307
Top 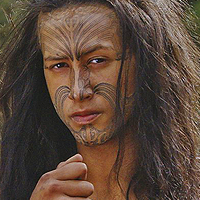 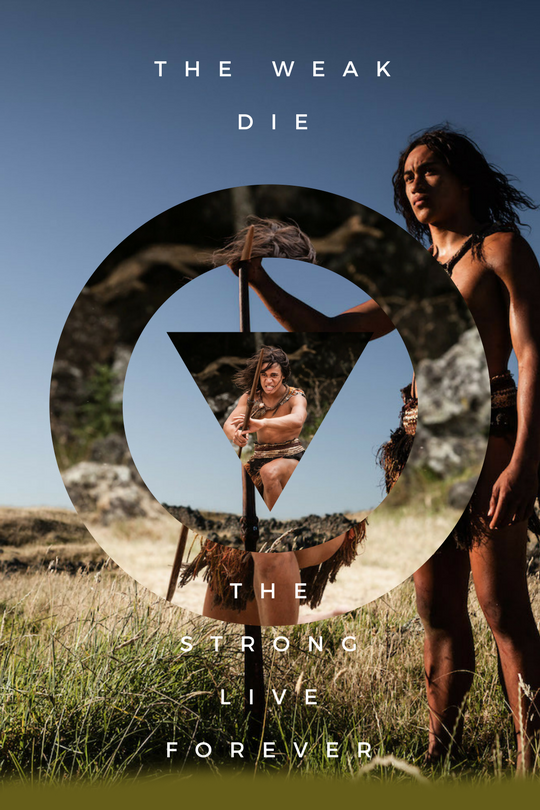 The Trial began in a state of adolescence; snow blanketed the ground, and frozen grasses littered the soil beneath his feet. He had a tendency to walk about barefooted, but today he wore incredibly thin shoes composed of nothing more than boar hide. Sky searched desperately for mint, but it was an incredibly scarce resource due to the current weather conditions. He continued, and journeyed both far and wide; Mint was his favorite snack, but when crushed up and placed between lip and gum the lingering flavor was truly divine. The Savage searched far and wide, but only found far more grass and snow than plant.

Mint often had a distinct smell, and a very distinct look from what he recalled as he chewed the leaves so often. The leaves were typically green, and had serrated edges with tear-shaped leaves however due to the snow coverage he could not see enough to gather information. Therefore he decided to take a closer look, and knelt down in the snow only to discover that a mint plant rested a few paces in front of him. The moment he began gathering the plants he noticed something peculiar off in the distance, but he did not bother. Leaf by leaf, he plucked them off of the plant until it was stripped bare, and noticed that they were covered in small bits of ice.

The ice melted upon contact with his skin, and ran down the palm of his hand. Sky chose to turn his hand toward the side as to release the water, and made several attempts to count how many leaves he had. He noticed that when he drank the cold water in already harsh and cold conditions he entered a violent show of shivers. Every time that he attempted to count the leaves he failed, and simply began the process of crushing them in his hand. Several of the leaves simply snapped due to the cold temperature freezing their internal fluids, but they left behind a thin-paste with a familiar smell.

The savage rolled it in between his fingers until it became nearly a mush save for some of the stems in the leaves being left behind in the green mass. The smell was perfect, and typically he just chewed the leaves to achieve the wonderfully pungent taste. However, he had just learned how to make it less harsh and rough against his gums. The moment the process was complete he shoved the entire ball of crushed , partially liquidated mint leaves in between his gum and bottom lip. The moment he did so he could've sworn that he detected movement off in the distance again. What in the hell was that short thing that he saw moving a few feet away from him?

He moved closer to investigate, although his lip looked as if he left a walnut there, and the moment he got closer to it he noticed that it looked like a plant. Only the plant had legs, and arms, and something that grew out of its head. Sky was clad in nothing more than his bear-Korowai with his necklace made of human teeth around his neck. The closer that he got the more he understood that this was no plant; it was alive, a creature. The moment that he reached arms length with it he spoke, with his incredibly raspy and somewhat damaged voice.

“What are you?” The Savage beckoned the strange creature.
word count: 578

[img]https://lh3.googleusercontent.com/-wIlx ... /ulsa3.png[/img]
Ulsa went rigid at the sound of a voice, hoarse and inquisitive. Her mind was already cursing her for her carelessness, for allowing herself to be spotted. Especially in the snow and ice when the golden petals atop her head were most noticeable. She’d seen many different creatures in her travels, bipedal and otherwise. While she did wonder as to why this one wore so little in the cold, she didn’t bother to ask. Instead, she considered her options.

The man had already seen her. There was no turning away from that. He clearly didn’t know what she was, but she was unsure of how to process that. Eyes narrowed, she turned to fully face him. His expression matched his words, curious and bewildered. Definitely had never caught a glimpse of a Tunawa before. And she would be the first one. Which meant that he likely had no idea of what she could be capable of. This fact heartened her, enough for her to stand tall and puff out her chest. If it came down to it, she would figure her way out of it.

”I am a Tunawa.” She tried to put some brass in her voice, to deepen it. Maybe it would convey some kind of power and maybe hint at him not wanting to mess with her. Which would be a great thing to keep in mind, she would say. He was still far enough way that she could run off if she needed. Oh, how she wanted to, though. But she would bide her time and play by ear until a plan really formed itself. ”What are you?”
word count: 284
Top
Locked Request an XP Review Claim Wealth Thread
3 posts • Page 1 of 1