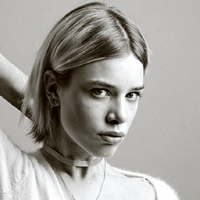 It is perhaps the queerest aspect of Chivalry, to believe you are doing right by people and yet be so hated by them. It was no small joke that there was resentment from the peasantry. There always would be, it was perhaps the fate of the uneducated masses to not understand that the nobility acted in their best interests. It was not as if the nobility caused a bad harvest or drought, but they were always blamed for it. The common man could simply not wrap their head about what it was to be a Venora, their attempts to near always ended in suffering and further unpleasantness, crushing the occasional rebellion was not only painful for the citizenry, but for the chantry, it was not the venora’s wish to drive brother to war against brother but such things happened.

It was spring and the inner walls of house Venora were stifling. Perhaps the only thing more Stifling than them was the atmosphere as an offshoot of the Venora line the worries of being an heir were slim and the pressures of such duties and training were thin. As the youngest Venora this meant that he had the least responsibility and the worst work ethic. Perhaps it was a culmination of all these things that gave him his inflated sense of authority, and his families loose reigns on him. It was not uncommon for him to hide away in a room all day perusing a hobby or to spend an entire day out and about without telling anyone what he was doing, as long as he was seen in the evening not many worried, and even if he wasn’t seen it was only a mild curiosity.

Leaving the for the village he set out, Perhaps some people use their brains, or.. at least have some inkling of common sense. Maetraeus was not, however one such person, the woes of the world the injustice of the rich and so on was not his fight. He cared only for his hobbies and literature. So as he walked into the village without anyone in tow, perhaps he had been asking for it, and if he’d stopped for a moment to consider that the irony of the cosmos was waiting to pounce he might have prevented what was about to happen.

Walking with his nose in a book the young Venora strode, his goal was to see what fabrics he could acquire within the small store in the village. So far into the book that he didn’t notice the fool that struck out to trip him, sending him careening into the muddy proof of spring rains. Falling face first into the puddle book and all Maetraeus tumbled downward soaking himself and soiling the novel, it was the latter of the two things that upset and surprised him most. He could have blamed it on himself his own clumsiness and cursed himself, but it was the laughter that followed his fall, that furrowed his brows.
Looking up he saw them, three men, or, a man and two boys that looked to be right about his age.

“Take a tumble there Milord? I’m amazed the puddle didn’t move out of your Royal way. Perhaps you aren’t as Regal as you pampered children like to act.”
Stunned Mae gazed at his assailant. Perplexed at why the man had done what he’d done, perhaps he saw pleasure in misfortune, such people were common, but his fathers words rang and he knew it was out of hatred. But what made him truly angry was the lack of since the fool had, did he not understand the collateral of his actions.

“You DAMNED fool” The young Venora spat looking up from the dirt. “Do you know what you’ve just done? You’ve ruined a work of art! A novel muddied by your stupidity! You damned peasants no not what you are doing!” Standing up angrily Mae swung his free hand in a hard balled fist at the man’s face planning to send him careening. Only to be snagged by his collar.

The man just grinned back at him, holding him up by the color so that his feet dangled an inch off the ground. The man’s face when from an antagonizing grin to a mask of hatred.

“A damned peasant am I?” The man spat. “Well let me tell you something you Damned Venora, you might be mighty in you’r walls and behind you’re family, but out here, you’r just a brat.”

The man’s breath reeked of alcohol and even the two boys flanking him backing away, not for fear of the Venora. However, for fear of the trouble attacking one might bring down on their heads they stood back cautiously, to be associated with the assault of a Venora was trouble, tripping one was one thing, attacking was another. Villagers all looked on casting eyes about looking for a constable of some sort. To the Venora’s Misfortune and the villagers luck none were present. That’s when the fist blow struck making the boy see stars. The man had had enough of the repression and was lashing out. Mae’s head rocked when the man hit him, even he was surprised he understood that the poor could hold animosity for the rich. But…… the rest of his thoughts were silenced by the second blow as a busted lip crimsoned his face and made his consciousness blink. He kicked and swung at the man in reaction adrenaline kicking in but it seemed this was a fight he’d lose.
word count: 954
Top 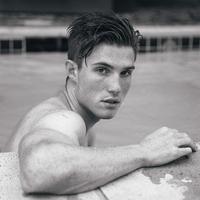 His time in Sabaissant was more a dream than reality, but he knew that his feet were planted firmly on the ground. As it stood, though, it had been a few trials since he'd seen his surrogate family, and he missed them more than he anticipated he would. It was a split decision, but he decided to pop by the orphanage, to ensure that the windows were reinstalled properly... and to check on the children and Miss Maybella.

As he strapped on his weapons and armor, he thought back a few trials to the fight that took place in the yard of the Little Garden. For arcs, he'd practiced in that yard, pretending to smite villains and slay monsters while the other kids laughed on and chided him. But it had all turned out the way he'd thought. They were attacked, and when they were, he was prepared.

Though he did owe a debt of gratitude to the Lord Venora, without whom he would have surely lost. The men were not properly trained, nor particularly bright, it seemed, but they were brutish enough that he would surely have come out much more worse for the wear. The thought made him smile as he departed from the fortress, passing through the steel gate with the onyx rose emblazoned on it. He paused to admire the wrought metal for a few trills, then continued on his journey into the villages. The trial was dusky and dim, but his spirits were high. He was excited to see his family again.

The next break passed unceremoniously. Though not what many would consider a "nice trial", Jericho was enjoying his trip nonetheless. It wasn't to last, though. Not far from him, he could see a crowd gathering, and based on the energy surrounding it, he was sure it was an altercation. Probably two farmers arguing over whose cart had been first on the road. He gritted his teeth, trying to avoid the conflict if he could. As he drew closer, though, he heard a bit of the exchange and let out a sigh.

Nobility. Damn it all. At his height, he could see over most of the crowd. The noble, obviously a Venora from his looks, had dug himself into a tough spot, and there wasn't much he could do to get himself out. The crowd had formed a ring around the two, blocking off any escape the small noble boy had. After a few more insults, the altercation became physical, and Jericho could feel his blood surge. As he approached, he shoved through the line, prominently displaying the black cloak, emblazoned with a bright red rose. Pinned to the lapel was an intricate rose, crafted and signifying the power and authority of Lord Alistair Venora. Maetraeus would recognize it immediately. First, he needed to be extracted from the situation.

Saying a quick prayer to Ethelynda, asking for her protection in his defense of the noble, Jericho bowed his head. After a moment to let the prayer be heard, he shoved the last few of the onlookers aside. They glared at him, but many didn't say anything. Not everyone was as bold as the man who attacked the noble boy.

A powerful arm wrapped around the noble boy's waist, lifting him from the ground and dragging him away from the attacker. Unfortunately, the crowd had closed again behind him, and refused to let the two through. The man, with a twisted grin, raised his eyebrows. Jericho placed Maetraeus on the ground and placed himself between the Venora and the assailant. Defiantly, he stared at the man.

"By the authority of Lord Alistair Venora, I command that you leave this young boy alone. Your attack on this young Venora violates the law." His words were met with derisive laughter, and the man stepped forward. Unarmed, he was peculiarly brash for a commoner, but Jericho did not have time to ponder his bravery. Instead, the man swiped a jab at him, connecting cleanly with his jaw and jarring his head back. The crowd roared, and Jericho ensured that Maetraeus was safe behind him.

Ethelynda, allow me to protect the weak in your name. With that, he brought his fists up. This brought a smile from the boorish man, who wanted nothing more than to brawl. He stepped forward, and Jericho met him in the center of the circle. The air whistled as the man swung again, only to be countered this time by Jericho's forearm. He slammed a fist into the man's chest, staggering him. He'd been fighting all his life, battling older, larger kids for the necessities, and this one was of those. A necessity. With a growl, the man returned, swinging a basic flurry that caught Jericho off guard.

Left, then right, then left and Jericho was on his heels. The commoner pushed the attack, and Jericho backed into the ring of onlookers, who shoved him back in. Thinking quickly, he ducked his head and rammed his shoulder into the man's gut, tackling him to the ground. He capitalized quickly, slamming his fist into the man's face repeatedly, once again feeling warm blood coat his hands. After thirty trills, through, he let the man's head fall back into the ground, where he stayed, unconsciously. The crowd, seeing the brutal beating, began to quickly disperse. Forgetting the man, Jericho climbed to his feet and checked on Maetraeus, whose face was busted.

"Calm, my lord. I am Jericho, guard to Lord Alistair Venora. You are safe with me." Thank Ethelynda, he thought.
word count: 938
Top
Locked Request an XP Review Claim Wealth Thread
2 posts • Page 1 of 1