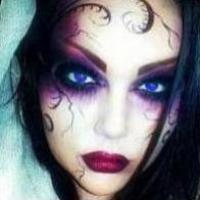 Well it seems only fair to join the rest of you in this exposure of social ineptitude.
I am Linika, but you may call me Jeff.
Yes, yes, a guy playing a female character.

It's all YOUR fault you know!
You made the Naerikk, a race specifically mentioned to focus on poison, as an all-female race!
What choice did I have?

No, in all honesty, this is not the first time. I played a female PC in the MMO 'Rift'. in fact, I had two of them (one on each side). But all the rest have been males.

MMOs are what led me to forum RP, however indirectly. I always played RP realms, but they were sad jokes; a bunch of avatars standing around calling each other "loser", insulting their Moms and giving their unsolicited and pre-teen take on what were then current topics. There was no more role-playing there then there was on the PVE realms.
Ahhh...listen to me rant...

So actually Rift was where I found my first reasonably pure RP guild. But sadly, it went end-game. Their choice, of course, they paid their dues and I hope they had fun. But I stayed with some rp'ers that moved from MMO to MMO. I hadn't even heard of "forum" rp then. When I finally did, I wished my old mates well, invited them along and hopped aboard. I have not looked back. Sadly, they did not come with.

But now I have you guys. And soon you will be wondering what you did to deserve this...

I mean, come on, a guy that likes board games more than video games?
Still tears up when Heather dies in 'Highlander'? (different 'Heather', Whisper)
Considers Blood Elves to be the beginning of the end for WoW? And still remembers making his daughter's Alliance Guild swear that "The Horde Rules", to get me to get off the BG's for the rest of the weekend, as his proudest moment?
Still does Table top RP on Friday AND Saturday nights?
Has 'The Keep on the Borderland' module for DnD?
Can recite damn near the entire script from 'Monty Python and the Holy Grail'?
Greatest pet peeve is the relentless use of the word 'Decadent' in every commercial for ANY product with even a trace of chocolate in it?

You have now officially scratched the surface.