90th Zi'da, 716
Three trials before, Faith had gone shopping where she had met up with Kura. It was a good job she had because at the point that she'd bumped into the woman, Faith had been ready to don a sack and never wear clothes again. But then, things had vastly improved and with the help of a female friend, she'd spend a very happy amount of time, and no small amount of money, on outfits. Not lots, she could make things herself for a much reduced price, but these things marked a change for her. They were not just what she'd paid for, not just what she'd earned but they were actually what she wanted to wear.

Today she was wearing a long very pale rose-pink dress she'd bought. She would never have worn anything so backless when she had scars and brands, but there was something incredibly liberating about being able to wear such. It was a simple dress other than the lack of back with a straight and full skirt and a thin satin belt and small red details sewn on the edging. Were they outside she had a lace bolero-style cardigan which she wore with it, but here in their room she was able to not do so. The fact that she wore her hair loose meant that, ironically, most of her back was covered but Faith didn't care about that. It was comfortable, she felt comfortable in it and she had chosen it because she liked it.

She'd been out earlier to pick up some things for a project she had to do. That normally meant coming home with yarn, material, ribbons and so on. As, indeed, she had. But she'd brought home something else too, hidden in her magic bag. Then, she'd sat on the bed, cross-legged and with an undeniably impish expression on her face. She was, there was no doubting it, up to something. Placing the bag down in front of her, Faith looked at Padraig and, as he put down the book he'd been reading, she grinned.

"I challenge you to a race."

It made no sense, she knew it made no sense and she beamed in delight at him. "Come sit with me? I have a plan and I thought we might both enjoy it." It had been snowing heavily for three trials, only stopping the afternoon of the trial before and Faith had been entranced when she went out to get things by a sight that she had seen. In seeing it, she had thought of something and in thinking of it, she had decided to do it. "When I was buying yarn and cloth this morning, I saw some children playing in the snow. I stopped a while and watched them and I wondered what it was like to do that." Reaching into the bag she brought out a sheaf of papers, blank parchment which she put down between them.

"In this, there is wood. More than enough. I can make whatever you design. I'd like to play in the snow, Padraig." Faith knew that she sounded utterly insane, but equally she knew that he would both understand and be more than happy to oblige. "I'd like to have that snowball fight with you and show you my secret weapon which guarantees I win. I'd like to lay on the ground and make a snow angel and I'd like to walk back home with you, laughing at the fun we had." She tapped the parchment and there was a definite challenge in her eyes, in her expression.

"More than all of those things, though, I'd like a sled race with you. Two sleds, you design them, I build them. Maybe we teach each other a thing or two in the doing of it, too. Different designs but equally good in your eyes. We then toss a coin and whoever wins choses either which sled belongs to who, or where we race. The loser choses what's left and we race them." Of course, Faith knew that there was no point to a challenge if there wasn't a prize at the end. "The winner gets a prize, chosen and agreed by us now. They can be different, we can choose what our prize would be, or what we'd like to give as a prize if we lose. Whichever you prefer."

She looked at him and in that moment, Faith looked her age. Eighteen, though she didn't know it and thought herself closer to twenty and utterly delighted at the thought she'd had. "What say you? Want a race?" 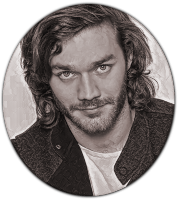 Padraig liked the dress she was wearing, and he'd told her so. In fact, the book he'd been reading hadn't held his attention as well as it had been, before she'd come in. But then that was the norm. The missing back portion admittedly was the thing that interested him most. But the color she'd chosen was interesting too, considering he couldn't recall her wearing it before. But in either case, he was glad for the most part that in choosing the dress, she seemed to be coming into her own, more and more with each passing trial.

The expression on Faith's face however made him suspicious. Not in a dark or foreboding way, but he thought she was definitely up to something. He set his book aside and eyed her suspiciously. "What are you up to?" he asked. And then she told him. "A race?" he asked, genuinely curious as he got up and joined her on the edge of the bed. He was sometimes suspicious of her plans. The last one had resulted in them chasing down and taking on a serial killer. Then again, in a strange way he'd enjoyed the process, if not the reasons behind it.

He frowned though, just a little. "You've never gone sledding before?" He'd said it before he could stop himself, and then realized how stupid it was. Of course she hadn't. Her childhood had been filled, not with play or exploration, but with hard training, even beatings. He could have kicked himself for not thinking first. He'd make sure they remedied that. She'd go sledding even though he hadn't done it, hadn't even thought of it since he'd been very, very young.

"Then you will," he said and smiled. Play in the snow, he meant. "Two different sled designs," he said, just to clarify. "And a prize. But win or lose, I've already got my prize." Her, that was. "Alright then, two different sleds, and a race." Having agreed, he grinned and fetched a quill and ink pot, took the parchment and moved to the desk where he could work better. Sleds weren't really his area of expertise. But he'd seen a few. And what he knew was that in order to glide quickly and smoothly through snow, shallow or deep, there ought to be some physics at work. And not just gravity.

"Remember, I'm not an engineer," he reminded her with a smile as he began to draw, beginning with a traditional sled. The type he remembered using once when he was very young. It didn't amount to much other than a platform where someone could sit or lie flat, comprised of three boards fixed lengthwise and two runners curled at the front. "If I remember correctly, this type of sled moved quite fast on packed snow. But if the snow is deep and powdery, the runners tend to sink in and you get more resistance. It slows you down, you lose momentum to the friction and they're somewhat difficult to control at high speeds."

The next one he drew amounted to a scoop, large enough for someone to sit on, which was helped by a seat back that he drew at the rear of it. Besides the seat back, it seemed to be all one piece, and could be guided by leaning one way or the other. "With the runners gone and replaced by one large surface, you ought do better on deep powdery snow, and just as well on packed. You may bounce more off of divots, or catch air now and then, but it means less resistance, less friction, and better momentum because you're as good as floating on the surface." Depending on the hill grade however, one might falter at controlling the thing, and struggle to get that control back. Speed though, there ought be plenty of it.

He paused for a moment afterwards, considering the alternatives. And then he grinned a little and drew again. This design consisted of several parts. The section where the rider would be seated was something of a scoop itself, if a somewhat flatter bottomed one. It had a low seat, two curved wings at the front where the rider could place their feet, and sort of a spoiler at the back behind the seat. In front of the rider would be a shaft of sorts with a crossbar to hold on to.

That section however was fixed onto a single but wide runner. Flatter on the bottom and curled up at the end. It extended a foot or so out the front and another out the back. "This one has just one runner instead of two, but because of its shape and size, it ought to glide atop powdery snow much better than the first one would. There's some balancing to be done to stay on and to steer it by leaning one way or the other. But staying aboard is what that crossbar is for," he told her with a grin.

So with the first design there was stability, even if speed depended on the snow conditions that trial, and it could be a challenge to steer the thing. The second would be trickier to steer, it relied mostly on leaning. And it might not be as forgiving of minor mistakes by the rider. The last one? It was an attempt to combine the positives of the other two, while addressing some of the negatives. A little trickier to guide and learning to ride it would require a little experimentation to get it right and reliably stay aboard. "What do you think?" he asked her.
word count: 962
Top
Post Reply Request an XP Review Claim Wealth Thread
2 posts • Page 1 of 1