If anyone else is interested, please PM before joining 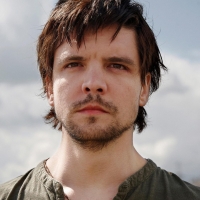 45 Zi'ida, 716
The storm hung like an ominous sentence above him. Furious clouds mauled each other in jubilant violence, spilling their salty rain-blood down on the pitching decks of galleon. A wave reached ponderous fingers over the deck of the ship as it listed into the cradle of the ocean’s palm, seeking warm bodies to drag into the abyss beneath. Narav feverishly clung to the ropes dangling from the main mast, unable to see through the rush of water as he tried to tie the knots down. Distantly he could hear the sounds of timbers protesting and the din of clashing steel. Pushing wet hair from his eyes, the young merchant dug his foot onto the slippery deck for traction and pulled the last knot tight. The ship roared around him, pitching swiftly away from the ocean and back into a buoyant equilibrium. The dark hulks of the three pirate ships came swiftly into focus. The Whore’s Kiss, the Tidemaul, and a third too far out of the lantern light to read the pitch letters burned across the hull.

Narav was alone, but in the back of his mind he knew this was wrong. Edward had been here, his father, and sister Danielle. The First mate, Brinson, the boatswain, Tomas. No haggard shapes crossed the sea-tossed deck. No red bearded figure at the helm, steering the galleon past the pirates and back into the open sea. Instead there was only the nauseating lurch of two ships colliding, one with an iron prow which dug deep and held in the limping galleon. Narav could see the bodies of pirates teeming on the deck of the Tidemaul, the ship currently keeping his own from escaping. Boarding ladders, ropes, and hooks would come next. He knew he was badly outnumbered, and with no weapon besides. The storm was an unforgiving whale between them both, aiding no side but her own. Narav bit back hatred for the men, their unclean bodies and choke-berry eyes, glinting with dull greed. He hated them all, wanted nothing more in the moment than to reach out with the hands of the ocean and crush the ship, their lives.

But then the fear found him, snapped vice-strong around his throat and forced the young man to scramble for the ladder below deck. There would certainly be weapons there, or perhaps he could let loose a lifeboat and take his chances with the storm. It was an angry thing, surely, but not so vengeful as to target any one human on the water’s surface. Blades however, pirates, were not well known for needing prisoners these days. Easier to gut him, dress him for a shark’s meal, than to throw him in iron.

Narav heard the snap of ladders against the deck before he tumbled headlong down the stairs into the belly of the galleon, his body a mess of bruises and panic as he loped in an ungainly four-legged crawl toward the armory.
word count: 504
Top They clambered aboard like demons: wild-eyed and whooping, with blades between their teeth and the crazed expressions of would-be murderers.

Sabine was no different. With a face streaked with rain and hair plastered to her forehead, she climbed the ladder leading from the Tidemaul to the civilian ship that they’d found stuck in the belly of the storm. She, along with the other pirates, passed over the railing and onto the deck with a holler, ready to fight off the crew that was no doubt waiting to defend their besieged sea-home.

But the ship was empty.

The trespassers stared at each other in confusion before spreading out across the deck, eyes narrowed and swords in hand. Sabine felt disappointment stir in her veins. It began to boil and shift, and quickly grew from disappointment to frustration to rage.

Her eyes glinted in the flash of lightning that came next and an unearthly growl erupted from her throat. “Come out and fight, damn you!” She fought to be heard over roar of the ship and the unceasing thunder that bowled across the black sky. “Cowards!”

The cry was returned from others on the deck.

Sabine tightened her grip around the short sword she carried and jerked her chin towards the stairs. She would start below deck and ferret them out – the cowards, the weaklings, the men afraid to die.

The ship pitched and she stumbled down the stairs with a curse on her lips and surprise in her eyes. Others came pouring down after her with blades and torches in hand. They wrestled their way along the passageway, all eager to be the first to find the crew and claim a kill. She followed quickly behind, leaving a trail of water and hatred in her wake

The feeling was growing stronger by the tick. She couldn’t place it – couldn’t understand why she hated this ship, why she wanted to kill, why she felt the need to bend someone else to her will. But the hatred was there and she wanted it. It made her feel powerful, like she could break someone with a look or tear out their heart with her hands.

Sabine clenched her jaw and continued down the darkening passageway as shouts from her crewmates grew more distant. She scanned the shadows, ever watchful of unexpected movements and unknown bodies. An unopened door came up to her left and she pressed her ear against the grainy wood, listening for cries or whispers that might betray the existence of another mortal.

Still, she was careful. She turned the doorknob slowly, but could not prevent the door from creaking in protest as she slipped inside. The ship pitched and the clatter of weapons rang out. Storm cracked gamely against the side of the ship, pitching its occupants in a rolling tumble. The clatter of the weapons on their hooks, tied upright, hid the ragged breathing of the young man beneath them. Desperately his sea-numbed hands fumbled at the clasps of chains, the knots of ropes to seize a sword or weapon from the reserve. He could hear them on the deck above and below, the thump-thump of boots and the screech of hungry metal in the empty halls. Unable to free a pike or sword, Narav settled for a curved dagger laid with others like it in a secure crate. Just as he tugged the blade up and tore it from its sheathe, the door swung open, revealing the shadow of another on the other side. Hatred clawed against the tide of fear filling Narav's belly and he flung the dagger headlong toward the intruder, snatching up another one and taking a wide-legged stance in the center of the armory.

The flash of long dark hair in the swinging lantern-light, the snarl of a woman with the storm tangled in her jaws, before the dagger flipped into the shadow of the door frame and beyond, to her.

Groaning, the ship listed and nearly upended, hurling Narav into a collection of pikes against the right wall. Luckily, the blades were proudly at attention above him and he crashed against the iron and shafts, pitching him unsteadily on his toes as he fought to regain balance.

A deep sound. A cracking noise. Somewhere beneath them, the timbers burst against the sea's impact. Gritting his teeth, Narav advanced on the open door. Whether he would find a female pirate, dead with a dagger in her, or waiting blades was irrelevant. The sea would devour them all if he remained where he was.

Shoulder down, arm curled to absorb the first swing of a blade if necessary, Narav hurled himself from the open door with the momentum of the listing ship, other blade naked and flashing at his side.

((You have permission, with superior skills, to handle this interaction however you would wish. I will roll with the consequences of your proposed action sequence

Lantern-light flashed, illuminating her dark-haired prey within. He stood, blade drawn, while dread and loathing fought for control over the shadows of his face.

Ill-conceived pride faltered as death whistled past her head and embedded its dagger into the wood-pannelled passageway. She ducked low and hissed. Pain erupted from the left side of her head – the stinging pain, the kind that was persistent in its desire to be noticed. One hand tightened its grip on her sword while the other touched the point of her ear, coming away with silver blood.

Sabine glowered into the darkness.

The ship heaved and she went flying, weapon clattering to the floor as hair obscured her vision. Inside the armoury, her adversary slammed against the row of pikes. An orchestra of iron rang out, fighting to be heard above the crack of the ship and the bursting of timbers.

She scrambled to her feet, sword in hand, as shouts filled the deck above her. Determination clouded pragmatism, and she directed it towards the goal: him.

His resolve matched hers as he threw himself through the doorway, blade in hand, aiming for her heart. She dodged, stepping sideways with a dexterity she hadn’t known she’d possessed. A growl rumbled in her chest and metal glinted in the candlelight as her sword returned the favour, only to be shoved away by his defending arm. She swore and aimed a kick at his legs, hoping to flip him on his back and finish the deed.

Should he fall, she would be on him like a mother tiger, sword against his throat if he didn't kick her off. But if he remained standing, she would drop into a defensive stance – legs bent, sword pointed towards him, and eyes on the precarious dagger he held in his hand.

And then came the question, a hiss of words underscoring her warning: "Where are the others?"

Behind them both, rivulets of seawater began to trickle down the passage.
word count: 344
Top
Post Reply Request an XP Review Claim Wealth Thread
4 posts • Page 1 of 1