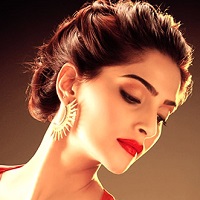 
Appearance
Slight of frame and relatively short at 5'4, Ashira is almost always impeccably presented. The only exceptions to this are when she is actively treating someone, as one can't always avoid blood and the like, and when she is working with her plants. Upon finishing those tasks however, she will immediately cleanse herself.

Ashira prefers dresses whenever feasible. They tend not to be overly ornate, though they are well tailored and of good material. After all, the dress is not meant to be the focus, she is. Similarly any ornamentation she wears tends to be simplistic.

Wealth and privilege can be seen not only in her wardrobe, but also in the fact that despite work her hands are soft and her hair is long and glossy, meaning she has the time and product to spend on them.
Personality
Proud and Ambitious. These things summarize Ashira. She is also intelligent, driven and cunning. Usually she is controlled, calculated. Every now and again something, usually Everett, rouses her to true passion, whether positively or negatively.

Ashiras goals tend to be internal and based on markers she sets for herself rather than physical items or wealth. She wants to improve herself. To be the best she can be. Her pride does means that she thinks her best is better than almost everyone elses, and proof that this is not so can frustrate her.

Despite all this, there is rarely gain to be had in seeming angry and cold. In being as prickly as her original surname. She is a chameleon, and will be who and what she needs to be to thrive.
History
Ashira was born a Thorn of Oakleigh. The Thorns ran and supplied the only infirmary in the Eastern Settlements of Rynmere, and as such they were moderately well of, though not wealthy. They also enjoyed a fair amount of respect, as is wise to show the only ones around to care for you when you're sick or injured. Though relatively coddled, having been born early and small for all that she quickly made it up reaching a healthy weight and size under her parents tender care, Ashira is no stranger to work. She was raised with the plants and medicine her family made their living on, and often accompanied and assisted her family when they made house-calls to more prominent patients.

One of those patients was Amelia Ward. Born sickly, Amelia did not recover, though for many years she was stable. At ten arcs however, her condition suddenly worsened. Her bones became brittle, breaking under the slightest pressure, and where once she had only needed to be careful, now she was bedridden. This was quite frankly rather convenient for the Thorns. As true healers, they would have preferred to return her to health and not be needed, but they could not solve the msytery of her illness, all they could do was treat the symptoms, and profit.

Ashira often went to the Ward estate on these visits, and it was there that she first met Everett. In truth, they'd seen each other in passing often throughout their youth, but had never interacted to any great extent. Ashira was there to work. Everett was learning business and the heir to his house. Add to this the fact that Ashira was admittedly gangly and often had rashes from her learning with plants and medicines and was clad in work clothes, and there was not much interest going either way. Flash forward a few years and Ashira had noticed Everett, the dark intense boy, almost man had more than caught her eye. She was of course beneath him, and the status quo continued. Several more years and Ashira had blossomed, coming properly into her womanhood. By now she was fastidious about her personage. Always impeccably maintained. Her mind also had sharpened. Poisons had taken her interest. To hurt and surprisingly to heal in some cases. Her once upon a time fancy of Everett had fled. So it was of course at this time that on his trips home from Andaris that he noticed her.

Everett, forward and set on his goals as always, approached her. She wanted nothing to do with him and told him so. This did not seem to concern him. He continued to woo her, out of the public eye, and it wasn't long before she gave in to his charms, and the two became lovers. Secrets however, have a tendency of coming to light. Rumors began to spread, and rumors could spell death. A good name ruined was business lost, and without business.. Patriarch Elliot Ward acted almost immediately. Within the arc the two were married.

Their marriage, while it certainly had passion, was not one based on love. Ashira had never intended to marry Everett, she had wanted to make a name for herself on her own terms. Not only that, but she was painful aware that she was the lesser. Almost a commoner. That it had been a close thing, Elliots determination of what would bring more shame. A discarded lover or a baseborn wife. Ashira was a proud woman, and she resented this deeply. Her family was respected, many men would have seen her as something to aspire to, instead there was derision. Add to that growing pressure for an heir, with the knowledge that once one was produced she was expendable, but if she was thought barren she was doubly so, and the tempers in their household ran high.

Still, she is determined to succeed at whatever she does, and while they may fight, often viciously, behind closed doors, to the rest of the world they present a unified front.
Housing
From Oakleigh and Berwick respectively, the Thorn and Ward families maintain their estates in those regions, that of the Wards making the Thorns look positively meager in comparison, diamond magnates versus relatively humble healers. Following Everetts ambitions however, Ashira and her husband no longer maintain homes or dedicated rooms there, though they are welcome to visit. Instead, they've moved to and currently live in an 800 square foot residence in Andaris.

The residence is not nearly as plush as either party would prefer, but it is well maintained and all it contains is of good quality. Ashira is not a cheerful nor particularly willing housekeeper, but she will not be seen as slovenly. The house has a small garden, barely worthy of the name as far as Ashira is concerned which currently bears only the single potted plant she brought with her when she married. It has started to thrive, but will not be a respectable shrubbery for at least an arc (as of 716).
Knowledge & Skills
[anchor=marks][/anchor]

1 Zi'da Calm Waters - Done
15 Zi'da In the Garden - In Progress
24 Zi'da In the Bleak Midwinter - Done
word count: 2536
Will be finishing existing threads with Nir'wei and Ivy so my partners can get their points. Then I'm out. As such I will not be starting anymore threads.
Top
Post Reply Request an XP Review Claim Wealth Thread
1 post • Page 1 of 1