[img]http://i67.tinypic.com/2uz9dmb.png[/img]
"The woods are lovely, dark, and deep.
But I have promises to keep, and miles
to go before I sleep."
~ Robert Frost
Contents 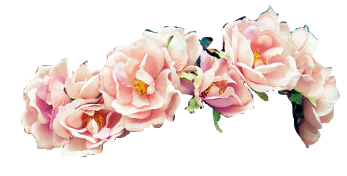 Ini'ra is short and thin, with tanned skin, mostly clear save for an occasional blush or few spots of teenage acne that still manage to make an appearance. Her hair is a deep brown, bordering on black, and her eyes are of similar make. She would describe herself as boyish - small chested and a figure lacking in curvaceousness; Ini'ra usually being conflicted over her own femininity, wishing, but unwilling to do anything about it. Preoccupied with her hobbies and chores, she keeps her attire simplistic, not often straying from traditional Sev'ryn attire of furs and leather, and wears her hair long, sometimes braided or thrown up into a messy bun.

Her feet often lack shoes, enjoying the feel of soil and grass between her toes instead of squished into heavy boots. She likes to display her connection to nature by decorated her flesh with temporary henna tattoos, waiting for the day she bonds with her familiar and a permanent one will arise.

Two independent tattoos on her feet - one of a tree with barren leaves, another in full bloom. When she puts her feet together, it creates a singular image. She received this as a child in traditional Sev'ryn fashion to remind her she is never alone.

Agreeable - Ini'ra, perhaps in her youth and naivety, resides on the compassionate side, more likely to attempt a diplomatic, cooperative approach to new people or situations. She first focuses on trust, kindness, and affection rather than hold suspicion for others. As a result, she hates the mistreatment of other creatures - including slavery or wasteful killing.

Spiritual - Not having yet bonded with a familiar, Ini'ra works hard to understand herself and the world so that one day she might be able to. Focusing on immortals and their intentions, she aims to figure out her standing in the world, as well as her purpose. As far as her calling is concerned, she is aware that it has to do with the caring of animals - both gentle and hostile, but has otherwise come up short. Using her loyalty and respectfulness, she can often be found integrating prayers in her everyday actions.

Gullible - Being naturally trusting has its downfalls, and Ini'ra is no different. Not yet experienced in matters of the world or even all the facts, her young mind will try to find answers, not always coming to correct solutions. While she has a strong curiosity, if one were to be believably dishonest, it wouldn't take much for this young Sev'ryn to fall for it.