City/Area Taken Place: Andaris, Rynmere
Thread Name: Union Station
Character(s) Involved: Celeste, Alistair
Quick Summary: Ali and Celeste meet, formally, between them
Requested Knowledge: Any
Other Notes: Please tell me if you want me to make a wrap-up post. Thanks
Fame: Any
Devotion: No
Magic XP: No
Warning: No

Another thread I abandoned. ;-; I'm sorry. I promise I love you, Faith/Celeste. lmao. This was during my absurd power-posting days, lol. Some threads were left behind.

wrong place, wrong time
Solo: Just Faith.
Faith, because of the Zuuda (Famula Blessing) power "See The Dead", sees ghosts. On her way to her first ever class at the Academy, she comes across a ghost who saw something. Faith helps her to cross over and in the process discovers a necromantic "stash". She destroys that and takes the bones which had been kept to give them a proper burial later. She's consequently late to class.

Knowledge: Please could I be given Blessing Ability specific knowledge for the "Memorabilia" ability in my Zuuda mark. (explainedhere. Knowledge related to necromancy etc also very welcome.
Devotion: Famula, mostly, though a little Vri in there.
Fame: As seen
Magic: Nope

Not a mature thread, but deals with death. Thanks for reviewing! 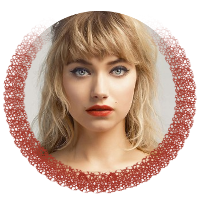 City/Area Taken Place: Warrick, Rynmere
Thread Name: [Warrick]The Judge of What One Deserves
Character(s) Involved: Olivia Warrick.
Quick Summary: Olivia stages a prison break for a man she has gained feelings for, only to fail and realize that he's guilty.
Requested Knowledge: Seduction, Persuasion, Forgery, Negotiation, Deception, Poisons, Linguistics. Maybe some knowledges on Isev, Warrick, and other little things like that. But whatever is seen will be fine. <3
Other Notes: Thanks for the review!
Fame: Possibly negative, for her failed prison break? I'm not sure.
Devotion: None, unless you think trying to free Isev counts for Ashan devotion.
Magic XP: N/A
Warning: None that I can think of. There's some hints of pervy older men being interested in sixteen year old Olivia but it's very minor.

City/Area Taken Place: Andaris, Lowtown
Thread Name: [Mature] Acquiring the Totem: Anaconda
Character(s) Involved: Fridgar, Woe
Quick Summary: Fridgar gets attacked by a snake, Fridgar gets attacked by a Woe, snake disagrees with woe, Fridgar punches the snake unconscious, Woe and Fridgar walk and have a pleasant discussion, Fridgar returns home to a gore spattered cabin, munches the snake and makes a totem. All in a days work!
Requested Knowledge: Becoming and strength for me, Whips and detection for Woe?
Other Notes: see the spoiler on the last post, that's the only thing I can foresee being a problem
Fame: probably positive for woe for saving Frid's life!
Devotion: Don't think so
Magic XP: Yes, becoming. Used basic transformation, blend and unleash
Warning: Yes, Rey'na left a mess in the cabin and Fridgar has a potty mouth. (Gore and swearing)

word count: 146
Whenever one finds oneself inclined to bitterness, it is a sign of emotional failure.
-- Bertrand Russell
Top Repercussions
Arlo and Vega
Following a dream which unnerved her a bit, Vega invades Arlo's tent and they talk about dreaming, Cassion and Jesine.
Knowledge: as seen
Fame: as seen
Devotion: Cassion / Jesine for Arlo if seen?
Magic: nope.
Thanks for reviewing!

Study Buddies
Padraig & Faith
They have a brief holiday on Faldrass resort where they meet a lot of beautiful people and go shopping. Social thread.
Knowledge: as seen
Devotion: don't think so
Fame: err - gifts. There are definite gifts.
Magic: nope
No warning.
They purchase some stuff unique to scalv, prices are included in the thread and are in the ooc forum also.

City/Area Taken Place: Emea, Ne'haer
Thread Name: The Bliss of Dreaming
Character(s) Involved: Just Avrae. (Solo)
Quick Summary: Avrae has a dream about his old love, Nabua, who died when they were teenagers. It quickly ends in a nightmare.
Requested Knowledge: Swimming, Linguistics, Knowledges about Nabua. Anything seen.
Other Notes: Thanks for the review! Also note that Avrae in reality doesn't know how to swim, but in his dream he does. I figured since Emea isn't real, he could dream of himself swimming without actually swimming well in real life. It's also why I didn't break up his vauni very much, he speaks it rather clearly in his dream.
Fame: Anything seen.
Devotion: No.
Magic XP: No.
Warning: Not really. There's some kissing and some sadness but I doubt it can be labeled mature.

City/Area Taken Place: Venora, Rynmere
Thread Name: Eviscerate Your Fragile Frame
Character(s) Involved: Alistair
Quick Summary: Alistair attempts to garner evidence of the molestation of Zvezdana and him by their father. It's mostly just ranting to the self and a bit of going through Willow's letters.
Requested Knowledge: Any
Other Notes: I broke a taboo. This is in first person. It's not even that good, but I really wanted to write it, and in first person. Don't worry too hard about the knowledges, it's fine, lol
Fame: Nah
Devotion: Nah
Magic XP: Yes, he's in his revealed form the entire thread, and casts a portal
Warning: First Person, lol. It also references animal abuse, and child molestation. I probably shouldn't have marked it as mature, but whatevs.

City/Area Taken Place: Outside of Andaris, at Malcolm's and Elyna's house and some nearby fields.
Thread Name: Rynmere's Worst Burglar
Character(s) Involved: Peake Andaris, Rafael Warrick
Quick Summary: Rafael sneaks into Malcolm's home for information on Elyna's disappareance but stumbles across a big, fat, smelly problem there.
Requested Knowledge: Any
Other Notes: Ending was unfortunately a bit rushed, but overall I think it's an enjoyable read.
Fame: Maybe?
Devotion: Nah
Magic XP: Nope.
Warning: Peake's involved, that should be warning enough.

word count: 90
Life is a dark comedy, only you're not in on the joke.
Top
Locked Request an XP Review Claim Wealth Thread
856 posts