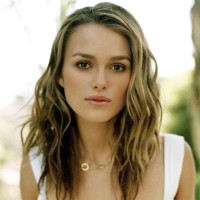 Crimson was watching the conversation unfold in front of her. It made her smile, watching Kylar talking to someone new. Before meeting her, he travelled alone. Then they met and travelled together. But he never went outside of that. It was always Kylar and Crimson, in his eyes. If they went shopping, he would stand tall and quiet while she joked with and talked to the shopkeeper. It was like as far as he was concerned, she was all that he wanted. Sure, he seemed happy, but it hurt her to watch someone she loved isolate themselves like that. So she stood there and smiled, not at all bored of their conversation. In fact, she took in every word and watched the emotion run through Kylar's face.

Finally, their conversation ended, and she turned to Kylar as he spoke to her. She wanted to tell him to carry on, but she knew that he was right - they had to go and get the shopping done. Besides, she wanted to know what he had been hiding. So she turned to Atashi and smiled, bowing her head then standing up straight again and holding on to Kylar's arm. "It has been a pleasure, thank you. I hope to see you again soon!" She then awkwardly buried her face in to Kylar's arm and gently hit it. "My cooking isn't that good!" she said. She chuckled and looked to Atashi with a smile. "You're welcome anytime". With that, she clung on to Kylar's arm and turned to him. "So, what shop are we going to, exactly?"
word count: 269
Top 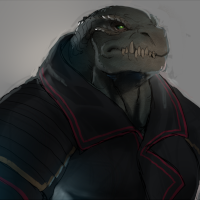 "You would think so, wouldn't you? Though maybe I should consider downsizing the shield, I think employers find it intimidating." He replied, he at least hoped that was the reason he couldn't find a job, and not his race. Though he couldn't help but doubt the judgement of others after he had been turned away at his final exam for similar reasons. If his race were the problem, it could potentially be used to give him the edge in a job, perhaps. Ithecal are typically good blacksmiths, after all.Then the Lotharro said something that made him shiver, mentally of course, he would think about becoming a sky rider. with an attention span like his, the thought of it was more than a little scary, he might have to move to Viden. "That's definitely something to think about, though make sure its what you want to do, it's a big responsibility after all!" He chuckled nervously, he didn't doubt the Lotharro's ability, that would be hypocritical, he was instead worried for the safety of everyone in Rynmere.

His heart broke a little when Kylar admitted to not wanting Atashi to come shopping with him, but stayed strong. As Crimson and Kylar conversed, he smiled a little. The couple were odd to, fair to say. A boisterous Lotharro and a quiet Sev'ryn were an odd match-up, but sorta cute together, none-the-less.

Kylar was looking up at Atashi with a confused look on his face, perhaps he misunderstood his compliment? "I mean your body. It's clear I'm not the only one who trains, right? Or are you trying to tell me that you're naturally well-built?" he raised an eyebrow, perhaps Kylar isn't as boisterous as he first thought? Is there modesty beneath the loud exterior? Or perhaps Atashi was just bad at complimenting people. Regardless, he got his second reply, not one he was expecting either, it was full of wisdom and insight. Atashi, taken back a little, then spoke. "That's unfortunate, Bah! Forgive me for the strange question, I got excited and thought that if you trained, you might have ties to the Military, I aspire to become a soldier, you see." He rubbed the back of his head, feeling a little foolish for getting ahead of himself. "Nevermind, Maybe you're right about the mercenary work though, maybe it won't be that bad. If I can even get a job there!" He laughed heartily.

He then realised that Crimson had just been listening in to their conversation in silence, which was unsettling. Kylar then apologised to his partner, it looked as though the two were ready to get to their shopping. If he had to guess, he'd say it was mid-day, fair enough that they wanted to get on with their day. Kylar then offered to meet Atashi again, or even to visit his house for some of crimsons cooking. Crimson protested by punching Kylar, this made him smirk a little. "That sounds great, I will probably stay in this village a while longer, but who knows where the road will take us? Though if you're up for it I'd quite like to train with you some time." He grinned, he'd been needing a sparring partner for some time, and Kylar seemed more than capable. "But yes, I'd quite like to meet again. I wish you luck with the sky riding, Kylar, and I wish you luck with cooking, Crimson." He then shook Kylars hand before he bowed to crimson and turned to head home, feeling he had accomplished something today, despite still being unemployed.
word count: 619
Top Knowledge:
Gardening: The seasonal nature of plants.
Detection: Look where you're going.
Detection: An innocent expression isn't always as innocent as it seems.
Etiquette: Shaking hands, not with a blade in your palm.
Acting: Trying to act natural is not as easy as it seems.
Ithecal: Big.
Crimson: Sees right through you
Crimson: Loves nature
Crimson: Followed you into town
Atashi: An Ithecal
Atashi: Looking for work

Loot: NA
Fame: +1 (being kind to a stranger)
Magic: These points may NOT be used for arcana

Loot: NA
Fame: +1 (being kind to a stranger)
Magic: These points may NOT be used for arcana

Knowledge:
Discipline: Perseverance brings success.
Psychology: How you look is important, especially in job interviews.
Endurance: Carrying a shield all trial is tricky
Etiquette: How to greet a lady
Kylar: Doesn't look where he's going
Kylar: A Lotharro
Kylar: May want to be a skyrider
Crimson: Kylar's partner
Crimson: Sev'ryn


Loot: NA
Fame: +1 (not letting Kylar trip over your tail),
Magic: These points may NOT be used for arcana
General Comment:
A well written thread where the three of you seemed to really 'click' together well. I laughed a couple of times, Crimson and Kylar's relationship is well written and I loved that curiosity apparently killed Crimson's mother's cat! Atashi is obviously a very optimistic chap and I hope that the three of them become firm friends. I look forward to reading more.


Story A good little meet and greet story where you wove a plot into what could have been dull and / or contrived. But the three of you were very genuinely well written and it seemed to be a fun thread. I think Atashi summed it up well in his final post ~ something was achieved! All good.
Structure No issues.

Please do PM me if you've got any questions
word count: 409


Will be very intermittent / possibly MIA as Peg until RL learns to behave itself. Please direct queries for Scalv / Viden to Avalon and any site stuff to Basilisk. Thanks!
Top
Locked Request an XP Review Claim Wealth Thread
13 posts