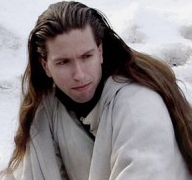 61st of Vhalar
The day was a rather calm one all things considered, with earlier days well enough in mind. Oscar crossed his arms and leaned against the side of a building. One that had been abandoned, or rather had the inhabitants killed with the earlier events of the season. He looked up at the sky with a blank look on his face, hands shoved into the pockets of his robes as he did. Not normally his idea of a place to meet up but it was as good a day as any to get to work on something. Not that he was particularly looking forward to this.

It had all started yesterday, when his Uncle returned from a meeting with the Seeker cell’s Warlock. The old man had handed off an assignment they had anonymously taken regarding possible Necromancer activities within the city. And due to the fact Oscar was a new Seeker to the city and merely an Acolyte; it fell to him to investigate matters. His Uncle viewed it as a good way for him to show his metal as a member of the Seekers. Oscar personally could have done well enough without the bother. He wasn’t exactly the investigative sort. Though, he had to admit despite the taboo on it. Necromancy as an idea intrigued him a tad. Likely due to his use of Aberration.

There was just one devil in the detail. He was to conduct this investigation with another. Another that was running rather late. The Seeker sighed. He could feel Bob stirring; bemused at the fact they had been inactive for a period of time. Oscar looked at his shadow and sighed. Constant companion that one. Still, was a good thing others couldn’t see him most of the time. Otherwise there might be a lot more running away screaming than Oscar would have otherwise enjoyed.

After waiting for a few chimes the Seeker heard footsteps approaching and stood up, brushing himself off. He rounded the corner and promptly stopped midstep as he noted a pair approaching him. The older one he didn’t recognize but the younger one he managed to pin down straight away. The tall mage managed a grin as he looked at the shorter young man and walked up the pair.

“Well hello there. Didn’t expect to see you again. Small world and smaller city.” Oscar offered to Rafael with a chuckle. “Only expected one of you, but hey, the more the merrier.”
word count: 417
Top 61st Vhalar, 716
Captain Ziri Cospa of the Willow Woods outpost was not a man to be trifled with. He strode forward in mighty steps as Rafael tried to keep up with his superior. “Chop chop short straw,” Ziri called over his shoulder. A white smile split his dark lips as he grinned at the outpost’s latest recruit. “We’re running late, and it ain’t because of me.”

Rafael bit back a snide remark and pushed on. They had been walking so long that his legs had started to ache. Although they were only lightly armored, the first few drops of sweat already trickled down his back. Ziri’s relentless pace and irritatingly chipper mood didn’t exactly help.
“Ah, here we are,” Ziri commented as they rounded a corner and were greeted by a familiar face.

Rafael wasn’t quite sure of his persuasion on the gangly mage, but offered a weak smile in return regardless. Ziri came to a halt beside him and shot a glance between the two.

“Just to set things straight. We’re not here for the bounty.”

“We’re not?” Rafael interjected. They had walked all this way for what? Charity?

“I said you could do with some experience. I didn’t mean the business side of things.”

Defeated, Rafael retreated a step and let Ziri do the talking. The strong, bald captain glanced around the town before his eyes settled on Oscar. “I’m Ziri, captain of the Willow Woods Outpost. This cretin here,” he teased with a half-smile, “is Rafael. Who might you be?”

Direct as always, Rafael thought to himself.

(OOC: welp! So sorry for the immense delay!)
word count: 310
Life is a dark comedy, only you're not in on the joke.
Top
Post Reply Request an XP Review Claim Wealth Thread
2 posts • Page 1 of 1