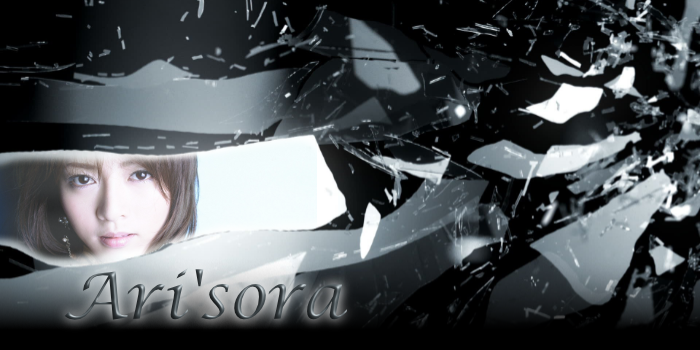 
"Come on, hurry up! We're going to be late!" Mi'zuri shouted impatiently.

Ari'sora rolled her eyes in exasperation. She didn't know what her sister was so excited about, and she really didn't care too much either...or she wouldn't care if Mi'zuri wasn't insisting on dragging her out to some who knew what gathering. But it was clearly very important to her sister, and Mi'zuri was really good about looking after the kids, so Ari'sora figured that she could humor Mi'zuri. Once in a while, at least.

"I'll take care of the kids while you're gone, Ari'sora." Ryl'ryn reassured her.

Ari'sora gave her friend a grateful smile before joining Mi'zuri at the door.

"Okay, I'm ready. Now what is this thing we're going to, anyway?"

"You'll find out when we get there. And you most certainly are not ready! Here, you'll need this."

Mi'zuri crammed something on Ari'sora's head. Startled, she pulled it off to get a better look at it. It was a hat. An obnoxiously orange and black striped hat. Ari'sora frowned at Mi'zuri. She hated the color orange. It certainly wasn't anything she was going to wear willingly.

"And why do I need to wear this ugly thing?" she asked as she frowned at her sister.

"Everyone in the group wears them. It's part of the dress code."

Ari'sora's frown deepened as she stared at her sister skeptically. Her sister was well known for the pranks she loved to play, and Ari'sora was more than a little convinced that this was yet another one of her pranks.

Sure enough, Mi'zuri was wearing a hideous orange and black striped hat too.

"Fine..." Ari'sora muttered as she put the hat back on.


Mi'zuri all but pulled Ari'sora through the streets of Scalvoris Town in her rush to get wherever they were going. As they made their way through the crowds, both of them got weird looks as people stared at their orange and black striped hats. Mi'zuri ignored the looks, and Ari'sora assumed that she must be used to getting them; she would have to be if she wore that hideous thing out in public often. Unfortunately, Ari'sora wasn't used to getting those looks, and they made her want to hide.

When they arrived at a house at the edge of the city, they stopped.

"Are you ready to tell me what this is all about yet?" Ari'sora asked.

They were ushered inside after a few bits, and Ari'sora noticed that everyone in the group that was gathered in the living room were all wearing the same hideous hat.

So maybe the ugly hat really isn't some kind of a joke or prank then. she mused.

"See? I told you guys that I would find someone else to take my place!" Mi'zuri crowed cheerfully.

The others in the group stared at Ari'sora calculatingly, but was too busy staring at her sister in shock.

Take her place in what?! she wondered in alarm.

"Maybe...but is she any good at debating?" one of the others asked.

"This is my sister...well...my half sister, really. Her name is Ari'sora. And I don't know about debating, but she's really smart. She knows all kinds of stuff about a lot of different things. So she'll be a lot better about this than I would be."

"Well, I guess we could give it a shot. Do you know anything about Azulin, Ari'sora?"

Ari'sora gave the woman who had spoken a blank look as she tried to process everything that was happening.

"Do you mean the plant, or the drug?" she asked at last.

"The drug. We're debating on whether it should be legal or not. If you agree to take Mi'zuri's place, then you'll be taking the side that it should not be legal."

Ari'sora considered her options. She really didn't like getting dragged into things on the whim of her half sister. On the other hand...this actually sounded like it might be fun, and she did know a fair amount about the drug thanks to some of the books she had read when she was younger.

"I know a fair amount about it." Ari'sora admitted.

"And are you willing to take your sister's part in the debate?"

Ari'sora thought about it for a little more before nodding.

"Great! I'm Sara, and I will be your debate opponent. I'll be taking the side that Azulin should be legalized. Marcy over there will be asking the questions that we have to respond to."

And with that, the Azulin debate began. The first question was why they thought that the drug should be made legal...or not. Sara went first, and made her point by talking about the aspects of the drug that had beneficial uses. Ari'sora listened carefully, looking for weaknesses in the argument. There weren't any that she could see, but she knew that her side of the debate had strong points as well.

"Do you have any counter arguments, Ari'sora?" Marcy asked.

"It is true that the stems of the Azulin plant can be made into a tea that will strengthen the body to help it fight off illness and infection, as well as to recover from injury faster. But that version of the drug is already legal. You can get it from just about any member of the Order of Adunih, and it is sold in a few shops that sell herbal remedies as well. It is the other forms of the drug that are illegal, and they are illegal for good reason."