• Solo • Surgery on the Fly 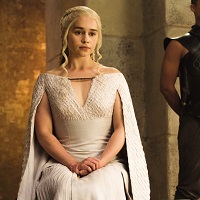 Surgery on the Fly

Gennadiya slipped from her horse and mustered all of her determination to keep from swaying as her feet hit the ground. The Lysorian was a city dweller and usually rode in a carriage or wagon when a horse was involved in the equation. She had ridden a few times but never enough to truly become comfortable with a horse, and this trek to Storm’s Edge was not easy for her. Sheer will power forced her to stand up straight despite the screams from the muscles in her backside.

She took her horses reigns and walked the beautiful creature towards where the others were being corralled his evening. With her were other volunteers from the Order who had answered the call to come and help the Knights at Storm’s Edge. Gennadiya paused and looked at the horse trying to remember all of the places that saddle was strapped into place. She hadn’t ever saddle a horse but they had showed her how that morning. Slowly the young healer began to unstrap the saddle. Once she had found them all she carefully pulled the saddle down the side trying to prepare herself for the impact as the full weight of leather saddle landed in her arms. She gave a umph as she for a moment struggled and then securing the weight she ungracefully moved it to where the others had already placed there saddles. Once in place she stood up straight and finished taking care of her horse.

As she came to join the others she began to realize that they were a bit early is stopping today she looked at the gold cloak who was running this expedition. He was standing and looked over all of them before he spoke. “I have called an early stop to this trials travels so that we could have the chance to prepare for the coming event.” He said in a rather cracked voice. “I know you are all qualified medics, but most of you haven’t ever done healing on a battle field, and let me tell you that is something different. And while I can’t truly prepare you I don’t want you to be blind sided either. So tonight your all are going to get lessons in combat surgery.”
word count: 384
Top

The gold cloak looked around at the various members of the Order who had come to help with Storm Edge Keep. His eyes looked a little sad as he spoke. “Time is always a concern when it comes to healing, but in a battle it becomes even more critical. I have been in battles where the people coming in out number the healers by twenty to one.” The crowd of order members had been quiet before but the silence now was stunned. Gennadiya quietly listen but already could see where this statement was going and felt her heart growing heavy.

“Diagnosing becomes extremely critical, but this is different, you will be faced with wounds most of which are obvious, but don’t let that allow you to become complacent. Especially since you will now have to make the hardest diagnose you have ever had to make. Can we save them.” Adiya flinched at that last comment. The young woman could already see it in her head. Bodies coming in with wounds that a bandage would stem. Others would have to be taken into surgery right away to be stitched up or possible amputation. Then those who are holding on to life but have lost too much blood. With a lot of time and focus maybe they could be saved, maybe.

The instructors voice continued explaining what she was picturing. He continued on though. “Back at the hospital we have staff and time to focus on anyone. Here you might have to trade one life to save four who in the same time could be treated.” He grew quiet and there was a hard silence among all of the brothers and sisters of the Order. “I am sorry to be so blunt but I wanted you all to understand that this is a serious. I am also sorry to you green cloaks as this will most fall on your heads as those with more experience will be in surgery.” There was a small gasp from one of the green cloaks.

“Okay. Any questions on this subject.” There weren’t any what was there to say.
word count: 354
Top

The silence stretched giving the lesson a much more somber mood then was common in such lessons. Saphire eyes watched the gold cloak as he began to explain that when dealing with a battle you might have a surgery to actually work in or you might be working in a tent or the open. Gennadiya had done some minor surgery in her patient’s house but never really anything as different as a tent or an open field. She could instantly see a number of issues that could arise from this type of surgery. Keeping things, especially wounds, clean would be a nightmare.

It was at this point that she looked over and noticed one of the green cloaks standing rigidly at the back of the crowd her face almost a thunderstorm. Gennadiya extract herself and moved towards the back of the crowd. She moved up next to the Hilata who was standing at rigid attention. Gennadiya stood next to her and whispered. “Let’s step away.” She said. There was a tense moment of resistance and then Hilata’s shoulders slumped and she stepped back. Gennadiya moved with her but caught her superior eye contact and gave a nod.

After a few steps Gennadiya put her arm around the young woman’s shoulders as they continued to walk. They stopped once they were out of ear shot. Gennadiya looked around and confirmed they had some privacy but weren’t dangerously away from the crowd. The young healer looked at the even younger healer and then drew her into a hug and wrapped them both in her cloak against the Cylus wind. After a moment Gennadiya spoke. “Can you tell me what is bothering you?” The young woman was aware that anything could be the problem here and didn’t want to leap to a conclusion. Though she suspected it has something to do with the prospect of going into battle, or possible the recent lecture. Though it could be anything.

Hilata stayed there for a moment and then stepped away and wrapped her self in her own cloak, and turned to look at the crowd her expression crest fallen. “I am a terrible healer.” She said, Gennadiya looked kindly at her but her expression showed encouragement to continue. “I am scared.” She finally said. Genna extended expression stayed kind.

“Why would that make you a terrible healer?” Genna asked. “We are all scared.”

“No your not.” Hilata said with a scoff in her voice. “I see you standing there so calm and composed, how could you be scared, and the others so causally talk about deciding if someone will die or not.”

Genna began to understand that Hilata fear was stressing her and causing her to have a panic attack. “Hilata I am scared, I don’t want to go to Storm’s Edge, I don’t be there when the enemy assaults the wall. I don’t want to have people die.” Genna’s smiled slipped away. “I don’t want to die.” The Lysorian expression was serious but not fearful.

“I don’t either.” The woman said and started to cry. Genna pulled her back into her arms and held the sobbing woman. The woman seemed to collapse into her arms and Genna slowly lowered both of them down to the ground and so that bother were sitting on the ground. Genna held the other woman to her chest and gentle rocked as the Hilata had her panic attack.

After a short time Hilata stopped shaking and crying and then pulled her self away and began to speak. Genna put up her hand and spoke again.

“No need to ashamed of being afraid, you should be afraid. This is dangerous. You cannot control how you feel, you can only control how your actions.” Genna smiled. “We just need to help you find a way to channel your fear.” Genna stood up. “You are brave.” Hilata got a smile after that and the two went back. Genna aware that they would need to keep an eye on Hilata. The fact she had this break down here could be promising or bad. Hilata either was working through her fear now and would be bold when the time came or she would be total useless. The Lysorian woman suspected the former as the later would have shown signs sooner.

The two woman joined as the gold cloak was explaining about broken bones. Genna stood next to the woman and the listened to examples of what could be set to heal and when you would need to take off the limb. “Remember that if you choose to take the leg you will need to remember that you will need to make sure your instruments are clean and that you and those assisting you clean that wound. More people die in the infirmary from laziness on the part of keeping things clean then anything else.”

Genna suppressed her own internal shudder at the horrors that could very well be awaiting this crowd. She lifted her head and offered a prayer to Moseke and Ymiden to give her peace. Then she remembered the promise she had made to her sister. She would help them men and stand by these her sibling healers.
word count: 879
Top

- - -
Comments: This was a well-written thread. The lesson was interesting and educational, and I like how Gennadiya talked to Hilata and comforted her during her panic attack.

P.S.: I would have added “Endurance” to the list of skills used because you wrote that Gennadiya’s backside hurt from riding and “Strength” because she lifted the heavy saddle – and perhaps "Discipline" as Gennadiya suppressed her internal shudder in the last post.