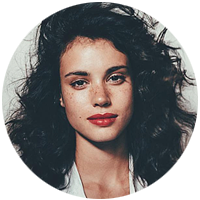 If transparency is what you’re after, then I think yours shouldn’t be the only voice preaching to the crowd about another older, retired member of staff, especially when your audience doesn’t know the full story and your account of their actions taken are biased from your own perspective— especially when the majority of your staff had grudges the aforementioned person during and after their time here.


Message from: Squirrel
You want to make a public thing out of this, fine.

Mortalborns, as characters with significant and potentially world-changing powers, need to be accessible to storytellers to progress the plots of the world in a meaningful and lore-friendly manner when the players themselves choose to no longer play them. These are rules that you helped create, and like every other person on this site, you are expected to abide by them. The same way that the cities that you have had a hand in creating can no longer be simply removed from every map, plot and thread on this site simply because you wish them to be.

This is not a novel you wrote alone. This is a multi-player online role-playing website with multiple players and multiple staff members who all contribute, no matter how small, to a greater whole. Other people create threads with your character and help it develop. Other people create the resources that you use, just as your resources will now be put to use by others. You need to re-evaluate exactly what intellectual property is and how you fit into it. I won't go into accusations of integrity or respect, but I think your actions have said volumes.

Since this is an issue that keeps cropping up, I do want to make this absolutely clear, since I know this post is now going to get a lot of traffic whether it deserves it or not. We have a Terms of Use. We abide by it. The works and the effort that go into this site, stay on this site. You want to pull a fit and squander all the work done not just by yourself, but by everyone else who worked alongside you? Do us a favour, and next time, try having a conversation before you pull the trigger. Unless you're just doing it for the attention you lack at home.

Get the hell out.

This is a recent message sent to the user behind the Malcolm account from one of your staff, the tone of which I’d like to point out, and is only one reason among many why these issues escalated in the first place. Let me be clear: there are always two sides to every story and propagating these issues towards your player audience so characteristically biased of you is disappointingly expected.

After I left, you all updated the ToU used on Standing Trials to include that bit about user writing as far as copyrights to the site go. Mind you, when both Kingdom and I, Jade, found out about this, we publicly approached the entirety of the Staff in discord about how we did not agree with this decision and were treated like children throwing tantrums over our writing and time put into the site being tossed into the hands of others, plagiarizing it as their own work, and soiling the whole concept of what was created in favor of your own self interests.

Mind you, when the Malcolm account was created, it registered under a different set of ToU rules-- you know, that legality page when you go to register and it says ‘I agree to these terms’? The user did not continue to operate under this account after the previous ToU was removed from the site, nor did the user operate under this account after you implemented your rule of the site’s copyright material. Therefore, they were bound to the previous ToU structure that they agreed to when they first joined the site, which stated that their material was their own.

I know this because I wrote the damn thing.

The staff was well aware of Kingdom’s passion for their work, and Kingdom did a lot of work. More so than the majority of you did in your time here. More than I did. Therefore, they have every right to be frustrated over the continued belittlement shown for their efforts and contributions towards the site, especially when you all make as little effort as you can respecting the previous dedication put towards what you now use for your stories. Especially when you all don’t even bother to care about how this might have made Kingdom or myself feel. Especially when some of your wouldn’t even fancy a response to either of us when our concerns were presented, other than treating us like children throwing tantrums. And please, don’t try to justify yourselves with your usual excuse of ‘the story is always changing’ and ‘rules are rules’. There are a number of ways to honor and respect people and the time they put forth and get done what you need to get done, if that’s what you’re interested in doing, which you’re not. Let me be clear once again that this, “Kingdom, during her time on the site, was incredibly hard working and produced a lot of lore. We are - as has been said many times - very grateful to her for that. As we are to all past moderators and anyone who has contributed. We have worked very hard to ensure that the work of any moderator who leaves is adhered to.”, is NOT what you have done and it is NOT how you honor someone.

As far as Kingdom deleting the Malcolm posts, well that’s quite simple to explain when they’re seeing their other work transformed by others with no say in the matter. It was something they could control, given their account wasn’t retired, when they couldn’t control the use of their other writing material. If in the same situation and treated the same way, I’m sure there are a number of people who would have reacted similarly.

I understand that there is a lot of animosity spiraling around us and I get that we’re all human. What I don’t appreciate is this post: viewtopic.php?f=469&t=13364&p=138194#p137890 written with the notion of ‘transparency’, which clearly drags my friend through the mud for their seemingly out of place, unreasonable, and uncalled for actions, is only a means of painting them a bad guy while setting yourselves back on your high horses with whatever excuses you want to give. ‘This included reviews, plots, and guest moderated threads.’ Yeah, no. Kingdom did not delete reviews. This is a lie. Plots, only their own posts/writing. Guest moderated threads? Only their own posts/writing. What narrative are you attempting to paint here? Trust me, I know the truth, you know the truth, and your player base knows the truth (yeah, they’ve been coming to me about it).

I’m expecting to be banned after this, given the recurring theme/convo here. You can pull logs, I can pull logs, but at the end of the day--- this is now your circus, your monkeys. But you’re not going to cast an individual, whom I respect and care for, in a negative light; regardless of their flaws, your beef with them, and especially when they can’t defend themselves.

Though, I think Squirrel said it best.

Take your transparency and get the hell out.

Jade, I'll be honest, I'm surprised to see you defending Kingdom. Because you're right, you know the truth and so do the rest of us. However, since truth is so important, how about we let the site have it. First, however, the repostings of this topic have been deleted, there was no need to spam.

Now let's be clear, Kingdom did a lot of things while she was on staff, in terms of pure activity, she made the rest of us look slow. There's no arguing that. However, you speak of honoring Kingdom and I would say, up to this point, we have. We honored her by letting Rynmere and her review history be her legacy on site and covering up the fact that the lion's share of her activity as a staff member consisted of bullying other staff members, forcing us to keep logs of our activity so that she could use her rate of activity to belittle other staff for not keeping up with her, manipulating members of staff, including you by your own admissions, into alienating other staff members to force them to leave, picking favorite players, plus her own PC's, to give special rewards too, and using her position as a Narrator and moderator to persecute players and staff who she felt slighted by.

That is Kingdom's true legacy on the site, creating an atmosphere of bullying and toxicity so omni-present and vile that it nearly destroyed the site in 2016 because so few people were willing to work with her anymore. You know full well that it got so bad that, when she was left staff after her bullying got too bad to allow it to continue, we wound up re-working the entire site structure in order to prevent anyone from having the same kind of power over others that she abused. You also know that when she applied to rejoin staff months later, almost every single staffer we had at the time said that they would resign from staff if she rejoined, all because her treatment of them was so horrid that they refused to be on staff with her again.

Even after leaving staff, she insulted and tried to manipulate the mods who tried to keep Rynmere going after she left staff, a tactic that got so bad that staff left Rynmere rather than keep trying to mod for her. There are players who, to this day, have refused to return to Rynmere because of how bad her treatment of them was while she was the mod there.

You and I know full well that I could go into more detail, give specific accounts of her unacceptable treatment of staff and players, but the victims of her bullying do not deserve to have their bad memories brought out for everyone to see, not without their consent. But this tactic, destroying her posts, and they did include reviews we just recovered those first, without a care to how it would affect people who had written with her or gotten reviews from her? It was selfish, arrogant, and cruel, all traits she exhibited while she was staff, and we will not apologize for refusing to allow our players to be subject to such treatment again.

Now, none of this is to say that Kingdom is a bad person off-site. What she's like outside of an online environment, I can't say. But power and the lack of consequences bring out the worst in people, and so it was with Kingdom.

As for the points about Public Domain, the site has always been Public Domain. If you look on the wiki, it even says so, in a direct line taken from the old Knowledge Base. The line even still mentions the Knowledge Base, which we hadn't noticed before now. Standing Trials being Public Domain, and all that entails, didn't start with us, that started with you, Jade. All we did was add it to the ToU so that people could find it easier.

Also also, our ToU includes this line: "The staff of Standing Trials reserves the right to edit or change any of these rules at any time without warning." It has always included that line, and we have always notified people of ToU updates, so yes, people are still beholden to the ToU, even if it changes after they agree to it.

You won't be banned for posting. We did stop your posting, but that was to stop the spamming of this topic. We're only going to reply to one thread, after all.
word count: 775