The cities and villages of Melrath are as varied and diverse as they come. The capital of Raelia is the the jewel of this western kingdom, playing host to a merchants, artisans, Aesir priests, as well as a cut throat political landscape dominated by the nobles of Raelia. To the south in the depths of the Myrkvior Forest lies Melrath's second largest, and oldest city, Fensalir. Here people have learned to live alongside spirits and the natural world by maintaining their loyalty to traditions laid down the first Melrathi. To the east lies the small fishing village of Noatun, and to the western mountains rests the Mer city of Verimeer, the brewing town of Alivilda and the alpine village Vormund.
Locked Request an XP Review Claim Wealth Thread
2 posts • Page 1 of 1 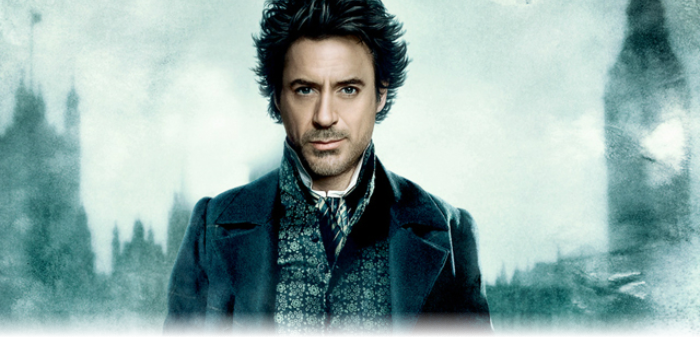 An off beat day was transpiring for Abra. He wasn’t in the Syns tower or out on some mission or even working on his business. Today he was dedicating to his favorite immortal Chamadarst. He far too often spent his time engaging in business and combat but rarely took the time to sit down and blow some glass. Nobody could blame him after that glass statue that he had made that had been broken down by an angry populace. Just touching his glassblowing equipment gave him nasty flashbacks to one of the few times he had used magic against a Melrathian.

“No bad thoughts,” he told himself, “not today.” He cleared his mind and unpacked his things. He was not in his own home because he lacked the most crucial tool needed to blow glass, the furnace. So he had come to a forge where he could mooch off the heat to perform his craft. The smith didn’t seem to mind so long as he stayed out of the way which was exactly what he was planning on doing.

Abra took in deep breaths to prepare himself for the glassblowing he was going to do today. He also flexed his wrists and fingers so that they wouldn’t get worn out so quickly. Lastly he flexed his back since posture was an important part of any crafting. He couldn’t go injuring himself and putting himself out of commission if a profitable mission came up later.

“What to make?” he asked himself while prepping the glass to be heated. He had to decide before he started or else he would end up with some unidentifiable blob that nobody in their right mind would want. A shuriken came to mind so that’s what he tried first. He heated the glass then blew all while using his hands to make sure the tips of the shuriken formed sharply. From this he learned that the furnace was plenty hot enough for today’s work and that it was possible to make a shuriken if he worked on his dexterity.

Thankfully his Isolated Calm ability allowed him to focus while he worked and made it so he nearly always performed better when he was working on his own. Just a few more attempts later and he had a rapidly cooling shuriken in his hand. He put it aside while it finished transitioning phases so that he could make some alterations to his design. He wanted to make it thinner, like a standard metal shuriken. A bulky shuriken defeated the purpose of being a nondescript and light weapon.

Glass was put to the fire once again then more pushing with gloved fingers and palms flattened the shuriken out and made the tips a little more refined than last time. With each attempt his shuriken were becoming more like their steel counterparts. While the later shuriken cooled he picked up his first one to see how durable it was. It felt sturdy in his hand but hurling it at the wall made it shatter. “that was unsurprising” he noted while cleaning up his own mess. It told him that these glass shuriken were going to be useless against heavy armor.

A gust of wind reminded Abra just how sweaty he had become. The cold chill nearly froze the sweat on his face making him burrow his chin into his coat when he wasn’t blowing glass. “Maybe it is time for a little break.” He sat down and put down his glassblowing rod so that he could meddle with some materials for the time being. The bustling markets around him might as well been closed for all he cared for he didn’t notice any of it thanks to his being a Sombran and all. Only a child that approached him pulled him from his work.

“Make me a dove!” she told him. She must have been six arcs old. She looked of an average middle class for Raelia but it was hard to pinpoint anything else about her. He was torn between tearing her apart verbally and being nice to her. He wished her parents were with her so he could make an easier decision.

“Why would I do that?” Abra asked, “have you any money?” If the girl had coin, he would make her whatever she wanted, within reason.

“No, no money. Dove please!” she told him again. She gave him a toothy smile that might have warmed a normal person’s heart. Abra didn’t see an innocent child, he saw a freeloader that wasn’t going to pay him for labor. If there was one thing he hated…

“That’s my niece,” the smith said behind him between clangs of his hammer. “if you don’t mind, she’ll leave us both alone if you just make her one.” He sounded hopeful that Abra would comply since he was using his furnace and all.

“So that’s the way it is,” Abra scoffed, “if I make you this dove you’ve got to promise me something.”

“Uhuh?” the girl leaned into listen.

“Make sure you bug your uncle extra for me,” he teased. He didn’t even know the smith but he teased nonetheless. He stopped at this comment though since he didn’t want to go making unnecessary friendships. Especially not on a day dedicated to Chamadarst.

“Don’t listen to him Artha!” the smith said nervously, “it’s dangerous for you to even be here, just run along now.” Artha just giggled while Abra wandered over to the furnace and started blowing a dove shaped glassware.

“How’s this?” Abra asked with the dove in one hand and another on the girl’s chest to stop her from grabbing the hot glass.

“I want it!” she shouted happily. Somehow her pleasure made Abra feel a sense of pride. He’d made something that someone else had enjoyed? That was more than he could say about any of the wooden thralls he’d made.

“It’s hot now. It’d be like putting your hands in the furnace. You like your hands don’t you?” Abra asked.

Abra smiled uncharacteristically. He was actually enjoying talking to this child. Maybe it was because it wasn’t often that kids wanted anything to do with what he had to offer the world. If he could feel this connection with children then he might find more time to blow some glass for them. After several bits the glass cooled off enough to be held with the skin. He placed the dove into the girl’s hands and told her, “be careful. If you drop it it’ll break. And I’m not making you another one!” He wasn’t sure if she heard him though. She ran off to some other shop and that was the last he saw of her for the rest of the trial.

With his only distraction out of the way Abra fell back into his solo work mode. He made more shuriken all while making them more accurate to how he imagined them. Every time shuriken cooled he threw the already cooled one and tested how it worked. He discovered that since glass was lighter than steel the wind had more sway over it when it flew. He also discovered that making the edge of the shuriken sharper made it cut through the air more smoothly.

Abra must have made several dozen shuriken by the end of the trial but only ten were left unbroken. He still had his doubts about the usefulness of the glass shuriken but at least he had given it a shot. On his way home he mused, “since they’re glass they’ll break when thrown. That means that my opponent can’t possibly use it against me like a steel shuriken could. It’s got to be more cost efficient to use a reusable weapon though.”

He turned the final corner to enter his neighborhood then he got a new idea. “What if I can put something in the glass? Glass is hollow by nature so maybe an alchemical mixture could go in there. Ah, I knew this would all come down to my negligence of seriously studying that stupid craft. Maybe I’ll pay that Syns alchemist another visit.”

He finally made it inside and was greeted by his slave Crimson and then secondly by a welcoming meow of his other slave Ivana. “I’m home,” he announced unnecessarily while they helped him out of his heavy clothes. He didn’t say another word to them other than a curt “it was tasty” with regards to the dinner that he scarfed down in seconds. He sent a rush of pleasure to his slaves’ tangles to reward them for a job well done then hurried into his room so that he could examine his shuriken further. This was just the beginning, mark one of a long line of glass weaponry. He had many ideas to jot down and consider for the rest of the evening. 10 glass shuriken of basic+ quality (You can only make average quality shurikens as a competent glassblower.)

5 for giving a girl a glassblown dove for free. she went to show it off.


Comments: You over played your skill levels on the loot crafted here, so I downgraded your loot. Try not to make the same mistake again. Here's the crafting quality guidelines as it lines up with player skill: wiki/index.php?title=Category:The_Shoppe#Crafting You'd be at the upper end of novice so basic+ is the best you can make.

I docked you some wp for lost materials and overplaying your skill level here.

Otherwise, not a bad crafting thread, nice and relaxing change for Abra.