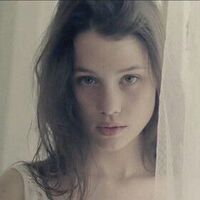 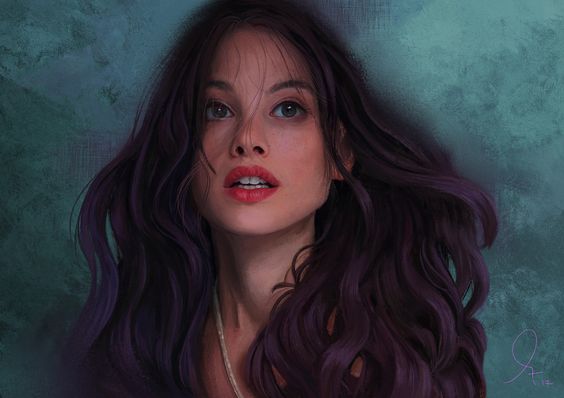 Once her mother had said that the spirits listened to every prayer, no matter where a Melrathi was or who they were. That when the rain came, it was the anak who offered cleansing to those who needed it. It was the renewal that nurtured the crops and people alike.

Each droplet reminded her of them. Of who she'd been. Of the life she could have had, if they'd never crashed on that shore. The spray of the water that woke her from that sandy beach, young as she'd been, and followed her family into the barbaric, monstrous lands.

Most other slaves were asleep. Mouse had heard the rush of water though and hurried into the torrential monsoon. Wind picked up over the fortress walls but didn't make it into the utopian courtyard of palm trees and neatly carved stone benches.

She could have stayed there until she died.

Mouse didn't even open her eyes when she felt a rough hand grasp her thin arm at the bicep. She simply fell into the dragged force. Until the rain vanished and she heard the echoed thrum of the tan stone of the pavilion that covered her.

"Look," coarse Haltunga greeted her ears. She felt a rough hand against the side of her head, shaking her.

She slowly opened her eyes and stared at a muscular torso. Mouse stepped back, but the attempt halted when the man kept hold of her hair. She whimpered, but said nothing.

"- you - to drown?" asked the Lotharro, of what little she could understand from the language. "Idiot girl."

He wouldn't let go of the wet strands of her hair. Mouse turned away, to avoid acknowledging him, but this proved to be the wrong choice. He made a sound that she didn't understand entirely. A sting shot through her scalp. He pulled the hair to force her to look up. Mouse saw that it was one of her new master's many sons. Her face, already paled from the cold night rain, turned ashen in the darkness. All of the torches had gone out from the rain. She could barely make out the craggy broad shape and the blunt nose that bent awkwardly at different spots, the scars that marred his shoulders and chest.

"Sleep, I'll go," she relayed in her crude approximation of her masters' language. She placed a hand to his, and lightly scratched at the knuckles for him to release the tight hold on her hair. Her heart quickened. Could he tell that she'd been remembering? Could he see the family she'd lost, reflected in her eyes? Would he beat her until she forgot again?

He let go, but grabbed her dress and pulled at the poorly woven cotton. It tore under his strength, at her sleeve, and Mouse's eyelids lazily lowered. She felt a knot gather in her stomach.

"Wet," he said, among some other words she didn't know. He held up the torn cotton in front of her face.

Mouse shook her head once, as slowly and carefully to not cause any potential offense. Her body trembled, whether from the cold or the torn sleeve, or that the Lotharro remained so close to her and when she breathed, she inhaled his potent musk now. How she hated the smell of them.

The muscular man wrapped an arm around her slender waist. She squeaked in weak-willed fear.

He lifted her up and over his shoulder. Mouse stared at his scarred backside and stared at the dagger on the back of his belt. She felt a small pat to her rear, then they journeyed across the courtyard and into the main fortress. Slaves weren't allowed in there unless they were working though and Mouse felt her pulse race at the thought of her master catching them. She'd only been serving this master for the past ten trials or so, she didn't want to trade hands again. The process of being sold off between Lotharro was a terrible one that she didn't want to repeat.

The first time, at the turn of the new arc, hadn't been so bad, other than the separation from her siblings, but the second time... it had taken a few different negotiations and tests before the master who owned the fortress around them, had decided to purchase her. She'd heard horror stories of slaves once they reached womanhood, of how they'd get traded around masters, each time worse and poorer than the last, until ending up as one of the completely broken mistresses she sometimes saw... if they survived the marketplace exchange, that was. She needed to stay with this master, otherwise Mouse knew she was fixed on that path. Not by her choice, but simply because she was a female with all her limbs intact.

Mouse's trembling turned to actual shivered shakes that she couldn't control. Her teeth chattered. She stared without blinking at the dagger, just there for the taking if she reached enough... She could grab it and stab into the man's backside. She'd witnessed men killed that way, if she just aimed in the particular low slant of the back's curve. It was how one of her brothers had died, all those arcs ago after that shipwreck. She remembered it now and the clatter of her teeth got louder.

A few curt words of the guttural language sounded from the Lotharro. He bounced her on his shoulder, then laughed at whatever he'd said, and smacked her on the behind again. They entered a small room that held a cot of flattened hay and a small stove of reddish stone. He dropped her down on the hay and Mouse watched as the dagger went out of her reach. She fell onto her back, and held absolutely still, except that she shivered so bad that she brought her arms in front of her. Her fingers curled into fists, the knuckles turned white.

Mouse stared at him. She tried to figure out what he wanted of her. She slowly sat up and when he didn't send a hand across her face for it, she figured she'd guessed correctly. He waved his large hand at her trembling body. The brunette glanced down, then realized he wanted her to take off the dress. She shook her head so fiercely that rain droplets flew about in a splay.

The man lifted a hand to block the water from his eyes and yelped at it. The stove fire started to warm the small room, the dimensions barely big enough for the two of them even with Mouse's petite build. He said something, but she turned away from him and leaned into the wall. Mouse closed her eyes.

A pause. Shallow breathing. The warmth aimed to dry her memories. His odor permeated the enclosure around them. He grasped her ankle and pulled her away from the wall. Hay gathered underneath her as she fell to lay down. Mouse kept her eyes shut and didn't help while he tried to figure out how to take off her dress.

Without her assistance, it was far more difficult. The sound of tearing as the Lotharro lost his patience with his father's newest slave and simply forced the soaked-through dress away in shreds of rags. Mouse held her breath. She tried to cover herself, knowing the yellowed bruises that could be seen on portions of her exposed body. But she didn't do anything more than that.

Calloused fingers grabbed at her jaw, forced her to turn her head and "Look."

Mouse opened her eyes slightly. The man glared at her. He looked frustrated. She didn't understand why. What was she supposed to do? Was she supposed to comfort him or... she didn't know. Too many other slaves had tried to explain these things to her that her head was filled with contradictory information. It resulted in a certain paralysis in the moment, and she suspected it was why her last master had sold her away.

Mouse's chapped lips parted. Her slender nose twitched when she had to breathe in another whiff of the heavy Lotharro musk. And the slave girl squeaked. Re: Raindrops Keep Falling On My Head [Southern Gauthrel]


Comments: Poor Mouse! This was really a heart-rending read, but in a good way. I genuinely felt sorry for Mouse as she remembered what her mother told her, and felt her disgust at the grubby Lotharro that man-handled her. One can understand her motivation to destroy all Lotharro having witnessed this crime. So well written, though, that I couldn't help but keep reading despite how bad I felt for Mouse.

If you have any issues with this review, let me know.