The cities and villages of Melrath are as varied and diverse as they come. The capital of Raelia is the the jewel of this western kingdom, playing host to a merchants, artisans, Aesir priests, as well as a cut throat political landscape dominated by the nobles of Raelia. To the south in the depths of the Myrkvior Forest lies Melrath's second largest, and oldest city, Fensalir. Here people have learned to live alongside spirits and the natural world by maintaining their loyalty to traditions laid down the first Melrathi. To the east lies the small fishing village of Noatun, and to the western mountains rests the Mer city of Verimeer, the brewing town of Alivilda and the alpine village Vormund.
Post Reply Request an XP Review Claim Wealth Thread
2 posts • Page 1 of 1 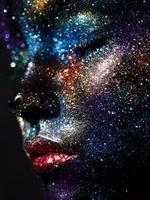 Though she always avoided going to the same place too often Zih found herself once more cluttered at a small table in the Knowledge Hall of the Citadel, this time she was studying the native herbs. She wondered if it was strange to seek knowledge on a place where she was supposed to have lived her life. Her brain pushed out the thought, questions similarly filling it's spot. What if someone recognized her? What if they didn't? What if she already worked somewhere? Did natives know everything about their city? Maybe knowing everything was suspicious? With a sigh she ripped the page from her journal and tossed it into the bin. Her worries making the patch tear as she pressed too hard with shaky hands.

Looking back to the scroll she began to write again, gaze flickering from the page then making unfortunate eye contact, which in turn forced a polite nod of greeting. The Yludih was began to wonder if she was becoming familiar, it was likely by the end of the cycle she would be. But it's not as if she could flee in this weather. Her hand paused, and she took the moment to stare at what she'd written to distract her helpless, hapless thoughts.

It was enough that she was tired of looking at it, her pencil fluttering to the table as she reached for more books. Her gaze froze as a book was dropped on the table. Instinct made her glance at title "Food Cures" but she wished she could stop her eyes from traveling up the worn hand to the smiling face of one of the librarians.

"I noticed you had a theme, this is in the cooking section but the Healing Hall swears by it." The woman winked. "Though you probably already know that."

The teasing made her tense. The Melrathi were never friendly with her, polite but not casual friendliness. That was reserved for friends. Her heart beat so loudly in her ears she was sure it would shatter her stones, rip through her illusions, and place itself on the table for viewing. But after an amount of time that could almost be considered awkward Zih recognized her as the librarian she'd seen the previous time as well, in this same native form. Her shoulders dropped just enough to be noticeable.

"So...so th-they've told me." An attempt of a smile was made as she finally took the book. Internally she debated fleeing, her feet tapping with the urge but her need to know more moved her lips before she could stop them. "If you have, um--"

"I'll bring you some recommendations!"

The woman seemed happy to help, hurrying off to undoubtedly bring her more heaps of scrolls and books. It had been a terrible idea, her stomach fill with worms so strongly her throat clenched with the strong, sudden urge to vomit. Zih needed to leave but...

Perhaps she could stay and not come back for the season. Her face would be forgotten but she would still be able to learn more. The thoughts didn't soothe her heart nor her shaky hands but focusing on the words was enough to stop her from making a scene. Was it worse to stay or worse to flee as if she'd done wrong? Nothing she did here was the right choice, except to write and finish whatever disaster she'd started.

The Yludih was absorbed in her notes, even if her body habitually checked it's surroundings and continued to twitch with nerves. It hadn't occurred to the young woman before that food could help so much. Eating good foods was a must but to think she could create an entire meal that might cure a sickness was astounding. And helpful. If Zih could find a way to properly combine it she could work as a doctor while never drawing attention, after all, who would remember a meal they ate? And who would think it would be the cure to their ailment?

It was opening up a whole new world for her but she'd need non-Yludih to truly see if it could work. It'd make no difference to her own kind but it never hurt to have another skill to hit and survive with. Cooking would never replace her medicine, not with the images of her father always so fresh, but it may work in other ways. Already her mind worked to try and pair the herbs with the food, thinking of how she could make a dinner to help keep away the cold.

It's probably why she missed the librarian coming back until a few more books thumped softly onto the table. The noise was enough to send her out of her chair, journal clutched to her chest. The two woman stared, the Yludih half ready to flee but her body was too frozen in shock to move, the tension only broken when the librarian cracked a small smile.

"I didn't mean to startle you."

"You-I-it's fine." The Yludih said. Her voice was little more than a quaint whisper as she cautiously set herself back in her seat, fixing her ink pot and grabbing the rolled away pens. The librarian nodded, her eyes searching Zih's face in a way that made her false skin itch.

"I'll leave you to it, let me know if you need more books!"

As she didn't trust herself to speak anymore the young woman only nodded then shakily focused back on her words. The earlier train of thought was hard to pick back up, and no longer could she trust herself to focus so strongly. Not unless she was in her own home. And the books would no doubt be helpful but Zih could not risk losing herself in the words and her notes. Already she'd likely left an impression of some sort and that was enough to make her heart clench. It was dangerous to have a pattern and the Citadel was becoming one. The Librarian even knew what she studied.

To try and calm her thoughts the Yludih took the stacks in fully, noting the people milling about or passing through. The overall quiet. None of the faces look familiar to her but maybe that was a mistake. If she knew the faces she'd know who to avoid, and when everything had become so second nature. If at that moment she could have left the city and safely reached another, she would have. But where could she go in the cold seasons? Her sense of direction was good but she had no idea what other cities lay beyond Melrath or Ne'haer, and going back was entirely out of the question. Sutck she found her gaze resting, unfocused on the words she'd written.

Right now her options were even fewer. Politeness, and to not be suspicious, dictated she at least glance through the offered books even if her mind was not on the task. The pages slipping through her fingers as if they were a blur of dull color. No more. The young woman would come here no more, at least for the rest of the season until she could figure out how to come in with less fanfare or avoid that librarian altogether. It was disappointing but needs must, and as the last book closed she packed her things, and scurried away from the Hall of Knowledge with several backward glances that were anything but casual. Yet, no voice called out to her, no one waved goodbye, there was nothing about her escape that would make anyone think twice.

At least, hopefully there wasn't.

It was the brisk cold outside that finally snapped her nerves entirely, breaking them off and letting them fluttering with cold snap. At home she could write recipes and think. Out here was far to dangerous. There were too many eyes that might note things about her, or worse, note her in general. Head down, she moved through the streets until she reached her temporary home, all the unease trapped in her shoulders falling, the frown fading as the door blocked any eyes from seeing her.

Never again, she thought, never again would she step foot in the hall.
Credit Free to Use Templates
word count: 1507
Top 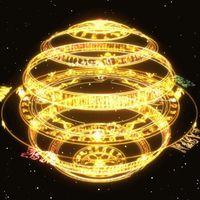 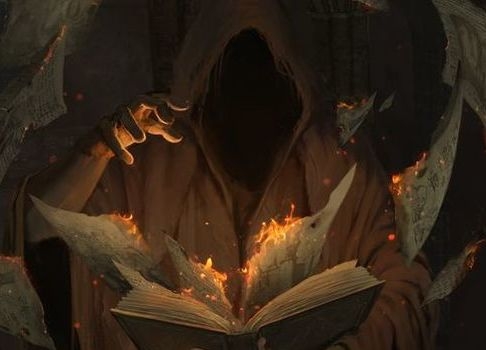 Renown: +5 (dreaded renown upon ye, Yludih! That librarian knows who you are and what you're studying.)


This was an amusing library thread. Zih might overthink some things here... but then again, for a Yludih, that makes sense. Most people would be happy to have a librarian recognize them enough to help them out, but that would mean something else entirely for a Yludih. Kudos on staying true to that.

The dialogue was short and sweet here, with most of the narrative centered on Zih's internal thoughts - which made sense for the context and gave insight into what was actually going on - while on the outside, the scene would've seemed fairly ordinary between a librarian and a shy individual.

As for the research itself, I sure hope that Zih practices her cooking skill before she starts feeding random food to strangers to "cure" their ailments!

Great job and enjoy your rewards!