• PM To Join • And this little piggie got none 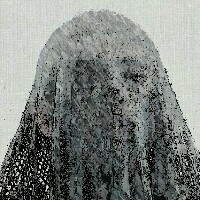 And this little piggie got none

Zythulic set his pliers down gently, basking in the ambiance of his supervisors work, the pleads of mercy. The young man closed his eyes as Rodrick the Butcher, his mentor, finished pulling a canine from his victims’ mouth. Zythulic drowned out the man screams and focused on the sound of water dripping from overhead. The stage in which his mentor and he worked was a reasonable sized room, with mason walls and a solid stone, for easy clean up. The only compliant he had had about his classroom was the minimal foresight into the construction of ventilation shafts. When he and his mentor took to work, the walls would sweat and drip from the ceiling. This was amplified when the warm seasons came, which only made learning here grew even more unbearable.

“If you are quite done with day dream, perhaps you’d like to hand me those clamps.” Rodrick looked over his shoulder to his student.

Zythulic opened his eyes and regarded his mentor for a moment. He was a barrel chested man, who looked much too large to handle delicate tools of his trade, but he was regarded as one of the top extractors of Andaris. He rarely ever killed, what he referred to as, his audience’s before he got what he needed from them.

“Yes, sir.”, the young man handed his mentor a clamp, that was normally used by carpenters to secure pieces of wood together as they worked on them. His mentor had a knack for using various tools of other trades in his art work. Zythulic admired that in him and knew he could learn a lot from Rodrick.

“You see, as you gradually break a man’s will to live, you also break down his ability to hold any secrets. And though this man may or may not be innocent, it shouldn’t matter to the artist. All we are here for is to complete our artwork and the paints to do that, secrets.” Rodrick said as he secured the clamp to the man’s index finger. The man begged and pleaded as blood pouring from the sides of his mouth,” I’ll…I’ll tell you all I know! Please, just stop!”

“Ahh, looks like we have come to the conclusion of our class?” Rodrick slowly began to twist the clamp down, the pressure building ever so slightly on the man’s finger.

“So, will you tell us about how you and your boys planned on extorting Haedar’s Spice Consortium?”

“Targeting such a kind old man, who’s worked so hard to build such a lovely little empire?”

“What a shame that we had to cross paths, the way we have, isn’t it?” Rodrick stopped just short of applying the last, breaking pressure on the clamp.

“Zythulic, if would you be a doll and get Mr. Xander’s cell prepped. We will be done shortly.” Rodrick said as he waved his student away.

Zythulic bowed obediently, and opened the door. He glanced back at Barris Xander, a living dead man. Zythulic chuckled to himself and stepped out, closing the door behind him.
word count: 530
Top
Locked Request an XP Review Claim Wealth Thread
1 post • Page 1 of 1