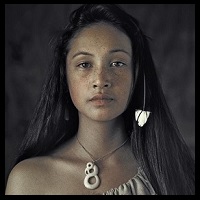 But no really, I'm just.. I'm just going to pretend I was here the whole time. Shhhh. I came with the place. Like the retro linoleum and that one weird stain on the wall.

● Have you roleplayed before? If so, where? If you have, how long have you been roleplaying for?

Yeeees. Online at least 8 years. DnD before that. Not very well. Largely because I refused to learn the mechanics and just told stories. Put most of my points in charisma and just bullshit my way through everything? Okay! I actually remember first trying to RP online faaaar before that 8 years would suggest, at the time being very into horses and wolves as young girls often are. Embarrassingly so. And then I got annoyed by all of the optic movements, crania raising etc. Even at that age it occurred to me that using the goddamn thesaurus did not make you smart, just pretentious in some cases. You looked with your fecking eyes and moved your head around you smarmy bastards.

Then came the DnD years, my favourite character who made the GM the angriest was a centaur where I only took monster levels. He kept pitting us against melee enemies. The archer sat on my back and using my at that point stupid fast speed we literally run circles around things until they were dead. It was pretty great. Yeah, I'm that kid. The one who eventually a meteorite hits because IT SERVES YOU RIGHT.

Then I ventured back to online RP, but faaar, faaaaaaar away from anything that looked like thesaurus was God. I actually wound up on a Star Wars site. I was there for several years. I had a lot of fun. I honestly wasn't too into Star Wars before hand, but when I started looking into the world.. It is really expansive and has so many possibilities. Frig the movies, just browse the Wookieepedia for awhile. Unfortunately that site suffered from more of a concern for pedantic and unnecessarily rules rather than story. Are you playing a Padawan? Well, it doesn't matter if your character has been a Padawan for years due to absent masters. It doesn't matter if you've written hundreds of threads and slowly learned and built skills and been through shit that some of these Master have never seen. You have these exact set limits. Because reasons. Eventually I just got.. dispirited I guess, and I left. For me, story is king. Have you fought two hundred duels? Actually typed those suckers out? Well, I don't care if that guy over there has a fancier title, if he's only fought ten duels and hasn't trained, he's going to lose.

I found another Star Wars site! A bigger, prettier one! All seemed good! I even wound up running a faction of about 50 people which was pretty cool. So basically GMing for them, training their character etc. Sadly this site was run by staff who were all friends which was great, but had a tendency to pick people they didn't like for whatever reason and brutally bully and ostracise them. Less great. Like, I had the majority of these writers on Skype, and I literally had to talk down a kid or two who got to the point were they were borderline suicidal. Turns out that sometimes kids who don't have a great real life turn to RP and the internet to create a better fictional life for themselves. Who would have ever thought. This stressed me out. A lot. I realized I was on the site to have fun, and I wasn't any more. Plus after looking out for one person too many, I was now also on the shit list. So I just left.

A friend sent me to Mizahar! We're not friends any more. That bastard. That bits a joke. We're still friends. But yes, as one might have expected given the above history, I got myself perma-banned in under two months. A personal best! Plus honestly the first time I've ever been banned from anything. I might disagree with folks, but I do not break rules. So that was interesting. Within minutes though, two separate people sent me here! They reckoned it was a space I could live a little happier, and I agree!

● Do you have any nicknames you go by? Is there a name you prefer people to call you?

Nu. My actual name is Cassidy. The name of whichever character I currently am is fine, any short form of said character is fine (In character this one usually goes by Tose! Partially because I don't like typing out her full name). Basically as long as I know you're addressing me we're golden.

● What are some of your most favorite characters you've made? They can be from MMORPGs, Video Games, etc.

I have had a lot of character that I loved. Lirit Stian was probably the first one I really invested time and effort into. My wayward Ryn padawan. She was who I would be if I was brave. She helped me through a lot. I found the more I wrote like her, the easier it was to be like her in real life.

Then Chiasa Kritivaas, the Twilek who started out as a heel, utterly out for herself, bluffing her way though life because in reality she was powerless and eventually became the most powerful crime lord in the known galaxy, a loving mother even if her relationships all went to shit, and who actually looked out for and cared about the people in her syndicate.

Werdla Dardalab who existed to show people that you could take hits, damage and even lose sometimes and still be a total badass who could turn the tide of battle. She wound up losing a leg, and it never slowed her down. She did the job in front of her.

Fiachra, who did as she pleased and saw everyday as a new adventure. I didn't get to do near as much with her as a wanted, but I had fun with her while I had her.

● Is there anything you're excited about when it comes to the Standing Trials RP? Anything that you're concerned with?

World and Lore building! I love that you're letting people take part and help with this. That what we do might legitimately impact the entire world plot.

In an OOC sort of way, I love that you guys seems really committed to this place being positive and inclusive. I love this so much. So much. ಠ_ಠ

● Do you consider yourself skilled in something (Art for example), if so, what is it? Do you have a favorite hobby besides RPing?

Haha, I am a dabbler. I have done and do lots of things, but I do not think I am particularly good at anything. At least nothing suitable for polite company.

● What is something unique about you?

I live in the goddamn Yukon. I have punched a large number of things in the nose. Bulls. Boars. I am afraid of garbage trucks. I really like black licorice. It's okay if you don't, but you're wrong.
word count: 1233
Top 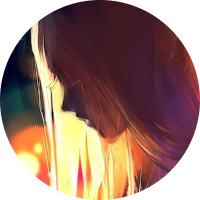 |ಠωಠ|
I love the way you express yourself casually. It's very "catchy", for lack of a better word. Your text has a lot of "personality", and I love it! I'd say that the speed at which you were removed from that latest site is rather impressive and I'm very curious to hear what happened sometime, but for now... Welcome to Standing Trials! I hope you'll enjoy yourself here (though you already seem to!). If you have any questions or concerns, hit any of us staffers up anytime and we'll get it sorted as fast as possible.
word count: 100
Top

Anomaly; thanks! Probably my favourite author ever is Terry Pratchett, he's definitely influenced my writing a lot. Basically I want to write things that are fun to read! Obviously sometimes I have to put on my serious face for some situations, but I like finding humour and being irreverent. ...that..that might be why Tose has a goose named You Bastard. Also geese are scary. I'm just saying. Almost as bad as swans.

That's Rincewind the Wizard, isn't it? (I am equally unsure of the spelling, as well)

The world ambling through the universe on the back of a colossal Turtle?

Well, with those credentials, I believe I can say without fear of contradiction, that you are sure to last at least THREE months here!

Mal; It is totally Rincewind and the world on the back of the great A'tuin! Awwyis, three months, time t'get writing, I have much to do in that time frame!

I took far too long to read your hello and now I pounce on your for hugs!

Sounds like a nightmare! Welcome to ST, so far I've been lurking a couple of months and it's been really positive, inclusive and friendly.

From a fellow dabbler - welcome

Also, an on off WoW player - so hey, no judgement! Have to love a bit of TP too, Angua is my favorite. My favorite ever...and now we'll never know what was supposed to happen with Carrot!

YUKON -omg...wow....I know a few guys from up there, because I lived in Kelowna for a bit. Hope you have lots of fun, feel free to poke me for threads

Pixie; Haha, it has been a long journey to here, but all of the stops had some good in them and I always managed to have some fun so, I do not honestly have that many complaints!

I just like the achievements really. They appeal to my borderline OCD xD Not the ones where I need to play with the other people though >.> Solo all the things!

And yes! I am sad that thats likely the end of Discworld. I mean, to be fair he was quite prolific, but it is still sad. So many storylines that we never found out where they ended. He would likely have a witty* comment for this, but still. I'm not sure who my favourite character is! I really loved Small Gods and Monstrous Regiment as books though.

Also Kelowna! Exciting! I have friends who still live there, also good wine! We shall definitely have to thread at some point.
word count: 160
Top
Post Reply Request an XP Review Claim Wealth Thread
9 posts • Page 1 of 1