Labrae visits Vera and the Weaver begins her task. Vera's very first comment after Labrae finished speaking elicited a comment from the Scarecrow. "S'ketta didn't teach you rumorcraft because she's terrible at it. He main skills are being unobtrusive. Nobility is more trusted than the peasantry, but the peasants are more numerous. And both groups mingle in the military. If you have a military patient, that's where to begin. For a good rumor though, it can't be something you yourself heard. For this, say one of your patients is a palace worker and they brought it up. Act like the thoughts nagging at you, let people ask you about what's bothering you, then comment on it, make like it's really stuck on your mind and they'll ask you about it. Tell anyone who asks you about it." she said, smirking slightly.

"Another way to get it to spread is to find some way of getting the rumor into that lovely little paper I've seen about. Most everyone in Rynmere can read it, so if you can subtly convince one of your patients to take the rumor to them, it'll grow even faster." Her advice on rumor craft given, Labrae stretched out on the couch again, reaching up to pet one of her birds. "Now then, do you have any more questions, child? Any information or advice you feel needs to be shared?" she asked.
word count: 243 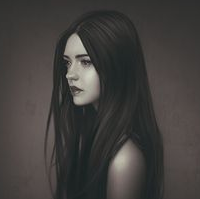 The words of Labrae branded Vera with a noticeable surprise - S'ketta, terrible? Well, it made sense ... but why was she brought up within the order by someone so... untalented? It was a question for her to ponder later, but for now she was concerned with her primary goals - assisting Labrae in any way she could. Nobility is more trustworthy ... but the peasants carry more power in numbers. Spin the rumor like a delicate web ... but from a distance, in case it gets disturbed. Yes ... that made sense.

"So ... make it their idea? I'm a psychologist, I should have known spinning it in that way would work better. Nobody's perfect, but the gaps in my knowledge need to be filled. Deception, inventing information, controlling it ... I'll give you beyond my best, certainly." Always spinning the information in her mind, she fell silent briefly while she listened to Labrae further. "The paper? I noticed those, but I've had my head buried in my work far too often to inquire about them, but they seem like a potent device for information spreading - I'm tempted to feign some aloofness, or some hardship ... to buy myself some free time."

Vera's eyebrows furrowed, and her eyes widened - yes, perhaps the most important thing. "Lethroda ... webspinning. Is the arcana of attunement capable of detecting these? Are there other methods of detection - I am ... afraid of utilizing it too often, I don't want to have someone follow the string back to me simply because they have something I could not prepare for. It's likely a question few could answer, possibly even yourself."

"My studies of illusionism are coming along well, but I've lately realized that my spiritual connection to Sintra has ... been stagnant despite my unwavering faith in her. I feel her with me due to the mark, but it's ... far away, as best as I can describe it. Is that connection something that I need to hone, a sort of muscle that gets stronger as I practice with her gifts? I mean this with the utmost respect, but my mind permits me a certain introspection to wonder sometimes if I'm addicted to our bond somehow, as if she feeds me a drug that I desire more of."

Vera glanced at Labrae's birds, her mind wandered to yet another question along those lines. "What do I do if another Immortal takes interest in me? I've long wondered ... I only have room in my heart for the space you - the webmother, and the goddess, fill." She sighed, shutting her eyes briefly in deep thought. "I don't know what the consequences of a blessing are - if my every movement is revealed to that deity, if they understand my thoughts... I could certainly play pretend, extend my influence the same way I would within an organization, but it's magic ... it's dangerous to meddle with something I don't understand even a sliver of."
word count: 499
Top
Locked Request an XP Review Claim Wealth Thread
12 posts