Quick Facts:
Height: 8"-16"
Width: 4-5"
Length: 4-5"
Fruit: Creates a single seed in each flower, similar in size to an almond
Poison: The seeds, in larger quantities, can cause blood clotting.
Native to: Central Idalos Coast
Locations: All the Coasts


Appearance: The taller flower is thin, the petals small. The centre of the flower has holes, and those holes provide air flow to the seed. It is slightly purple, but the centre is pure white. The seed is a solid brown and circular, as well as very fragile. Squishing it between your fingers releases a white powder, and the terrible smell of sulfur. The smell of the flower itself is subtle during the day, but grows stronger as the sun sets. During a warm Cylus, fields of them can cause their smell to spread for miles around. It is a fresh smell, and is very similar to forget-me-nots.

Habitat: They are seen in large batches all across coasts, and the smell of them has become synonymous with the sea for many. They grow better in more temperate climates, with an excess of rain and a moderate temperature arc round. They have spread throughout the world, however are much more common in areas that satisfy the above. They have developed a special relationship with numerous species of turtles, as the eggs are laid in their root balls. The root system protects the eggs as they grow and as the plants die, the eggs then hatch, and their scurry towards the ocean kicks up enough dirt to cover the seeds dropped by the flower.

Lifespan and Development: The flower grows as one of a batch, up to a dozen flowers sprouting from a single seed. Each flower then drops another seed, causing very dense patches, with very little between. They are rarely spread by animals. They die from low temperatures, so often they die off during Cylus, however if it is warm, they can survive for several arcs.

Uses: The plant is often grown for the seeds, as in small doses they can be used to stop bleeding. Additionally, the small petals can be dried and used as a stimulant, causing increased heart rate and sensitivity.

Abilities: The seeds can be used to stop bleeding, when boiled into a paste, however care has to be taken that very little of the paste leaks into the bloodstream, lest the healer become the killer. When used as a poison, it is often ground and added to strong-tasting wines and ales, as the flavour is quite distinct. It can take arcs of constant dosing for the poison to take effect, and as such is not often used for this purpose. The petals can be dried and used as a stimulant, and are a common additive to other medications to speed up the intake rates. 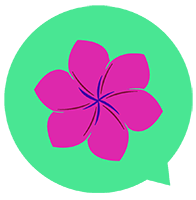