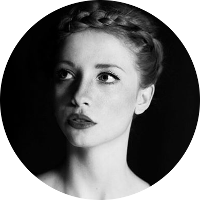 Hey there! I'm Briar, and that's likely the name I'll stick with for my first character here. I was pointed here by a friend, and I've been looking around a lot and reading up to try to get a grip on the site's lore. The site seems very neat so far and I like where I think it's going. I'd love to stick around and see it grow, and potentially contribute at some point!

Have you roleplayed before? If so, where? If you have, how long have you been roleplaying for?

Short answer; Yes. I've roleplayed actively and through various mediums since late 2004. I started out on forums and have since then explored LARPing, tabletop, IMs and roleplaying through MMORPGs and similar. I've bounced between all kinds of different genres, between freeform, high and low Fantasy settings, fandom roleplays (Bleach, Naruto, Harry Potter, Fire Emblem, Golden Sun, etc.)... Most of the sites I used to frequent aren't around anymore, save for Mizahar (that I spent a couple of years on). Nowadays I don't really do a lot of roleplaying in a play-by-post format (I primarily play in tabletop groups and roleplay in World of Warcraft), but I've been looking for a place to leisurely (at first) get back in the groove. Hopefully this site will be what I need to find inspiration again.

Do you have any nicknames you go by? Is there a name you prefer people to call you?

Not really! Briar's fine, for now.

What are some of your most favorite characters you've made? They can be from MMORPGs, Video Games, etc.

Uh. This one's tricky. I've always had a tendency to overburden myself with a large amount of different characters. I like to try different things and run new and interesting concepts and I like to challenge myself by stepping outside myself and my comfort zones. So, I've played a lot of different things throughout the years. I really don't have any outstanding, singular examples of characters I've played because none of them really... stand out to me. I know that's incredibly unhelpful. Sorry! Quiz me on this later and I might have more to say, but it's very "needle in a haystack" right now.

Is there anything you're excited about when it comes to the Standing Trials RP? Anything that you're concerned with?

I'm pretty excited about the site because of how young it is. It's not hard to see that it's still in development, which isn't a bad thing. There's a lot of space to develop in and influence the direction of the site and the flavour of the world, which appeals to me. It definitely helps that I've already spotted a few familiar faces amongst newer and older members and even a couple on the staff, so that is very exciting. None of the concerns I have are really worth mentioning because they are easily amended and worked around (and if I decide to stick around and get invested, I might take it upon myself to help with these things!). All in all, it has a very "home away from home" feel to me and, so far, a very open and welcoming environment. I like that. I'm very optimistic!

Do you consider yourself skilled in something (Art for example), if so, what is it? Do you have a favorite hobby besides RPing?

I don't really have any skills, in my opinion. I worldcraft and write, as a die-hard roleplaying nerd and aspiring writer. But, that's about it. I don't know if "being friendly" is a skill, but that's about all I have going for me.

"Gaming" and "wasting time" are hobbies, I guess. I gravitate towards RPGs and interactive storylines (Mass Effect, Telltale games, Dragon Age, etc.) and good storytelling. I started playing retail World of Warcraft again recently in preparation for the new expansion, though, so there's that.

What is something unique about you?

This is a difficult question to answer, for me. I'm not a very special person, in my opinion, so you'll have to settle for a boring answer.

I generally don't have a lot of good things to say about myself.

I'm Swedish! Does that count? English is my second language (so, please, forgive all of my inevitable mishaps).
word count: 754
Top

Hehe my first proper RP experience was a Harry Potter based site! Yay! Always brings back fond (and not so fond) memories! There's something very different about having a character in a world which is so well known compared to one where most of us have no idea what's going on!

Welcome to Standing Trials, I wish you every bit of luck on your adventure and if you have any questions, don't hesitate to throw them at any of the staff or players!
word count: 86

Hey Briar! Welcome to the site! It's quite amazing the various kinds of gaming you have gotten into and I feel would add lovely depth to your outlook on this site. Hope you have a tonne of fun here, the land of Idalos is your oyster!
word count: 47
Top
Post Reply Request an XP Review Claim Wealth Thread
4 posts • Page 1 of 1