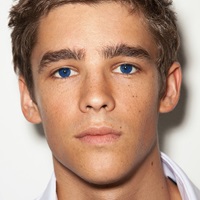 To state the obvious I'm new and am really impressed with Standing Trials thus far. I see a lot of creativity and devotion at work, and can empathize with the amount of efforts going into developing and up keeping something this massive (while, oh you know, keeping up with this little thing called life). While I imagine there are some criticisms, the design decision to not reinvent the wheels in terms of skills, multipliers, and other site functions is also really, really, really nice...it only took me, like, five hours as compared to the more likely seven to get the bare bones in place for a character. THAT ALLLLLL BEIN' SAID, onto the main event...

Have you roleplayed before? If so, where? If you have, how long have you been roleplaying for?

tl;dr: Yes, Various, so many

Just typing this makes me all gushy and excited. I've been creatively writing/role playing for around about a decade now. The social aspect and shared experience of RP is what usually catches my attention as opposed to delving into my own fantasy. I also love interacting with the works of others; this goes ten-fold for a project like this where designers are so eager to get players to interact with their creations! My experience ranges from real-time game settings to other forum-based roleplays. The different experiences are varied with their own histories that I've let go, along with the worlds and characters embodied within them. I figure Idalos is a new game board.

Do you have any nicknames you go by? Is there a name you prefer people to call you?
For the sake of the game, we'll go with Ilied or any nick-name that becomes of it.

What are some of your most favorite characters you've made? They can be from MMORPGs, Video Games, etc.
My most influential character was a mage who was originally designed from a real-time game experience. She was a concept that had manifested and evolved over several gaming platforms, settings, and RPs. She allowed me to have a voice and power in a time in my life that I felt I didn't, something I didn't realize until a while after. For one, it's amazing how our thoughts and feelings will manifest themselves in creativity. Secondly, the process of writing and exploring that character have helped me discover all the more of myself. I've mostly operated in high fantasy and science fiction, so characters with new perspective are always fun to play for me and peers. I love being able to convey elements of a story that are still relatable to us folk who are just typin' away at a screen.

Is there anything you're excited about when it comes to the Standing Trials RP? Anything that you're concerned with?
Oh geez, I mean it's a whole new world to explore. What's not to be excited about? There's a new lore and player base to get used to, that will take some time, but I think I'm starting in a conservative position that will let me feel out my character before I really venture out into Idalos. It will be memorable to see the character, myself, the world, and you all grow for the times to come. I'm just hoping I didn't pigeon-hole Ilied with his basic skill set! All the more to get creative with I suppose...

Do you consider yourself skilled in something (Art for example), if so, what is it? Do you have a favorite hobby besides RPing?

I've been told I write well, creatively that is, at least in a RP sense. I think my conversational writing voice carries well into the forum storytelling. For larger works, even a short story, there's definitely room to develop in making the story a rewarding read, which is what I'm looking forward to developing here. i think we can sometimes be distracted by the segmented, gaming aspect. I know my vivid language can be on point when I'm really in the mood, which is obviously great when the goal here is immersion.

I'm art-sy in general I suppose? I can't read music or sing well, but still love music and singing (who doesn't...?). I have a good sense of musicality and have been dancing in the past two or three years. Before that was writing, which I'm getting back into with Standing Trials hopefully. I think I've definitely found passion with dance and writing, and can balance between the two until I find a job that meets one of these ends.

What is something unique about you?
I'm a lore addict. If I start spitting up random items from the knowledge base and discuss them, please forgive me.

I'm excited to give Standing Trials a go. Looking forward to writing with you all at some point.
word count: 838
Top Hey Ilied! Thanks for providing such an interesting, thoughtful introduction. It was really uplifting that you enjoy the lore of the site and also fascinating your thoughts on forum RPing as a writing/gaming dynamic as opposed to short stories and the like. I can't wait to read and RP with you in the future.

I'm eager to get writing too! I'm trying to take my time to flesh out Ilied more and digest the setting a bit first though. Let me know where I can be put to use in development; I realizing it's a daunting task and there are technical bits that aren't always the most entertaining to write up.