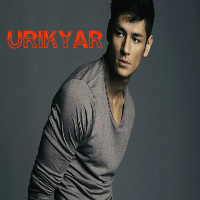 Partners: None
Appearance
Urikyar enjoys wearing simple clothing. He usually wears all black or all gray, but can be seen sporting white as well. Most of his clothing reflects his life in the city, and is not really suitable for his dream of sailing on the sea.
Personality
He has a problem with introductions, but after the initial jolt of meeting someone he has a habit of opening up and becoming attached to people. He always told himself that when he was old enough, he would seek adventures on his own.

He seeks to return to a life on the sea, he feels as if it is calling to him. The irony being that he doesn’t know how to swim. Whenever he enters a large body of water, he feels like his body is paralyzed.
History
Urikyar was accidentally created by the union of an aukari-woman and an unknown Biqaj. The Aukari-woman was originally brought upon the ship seeking passage from Sirothelle to Nashaki. However, the Biqaj vessel that she boarded was en-route to Doliene first.

The longer the trip lasted, the more and more curious the Aukari became about the Biqaj lifestyle. Eventually, she was charmed by an unsuspecting Biqaj on the ship, ultimately seduced by the thought of a thrill-seeking adventure on a ship. The two birthed their child in secret, where the Aukari succumbed to her flame afterwards.

The resulting child was named Urikyar, but his Aukari-blood was not physically apparent. The Biqaj on the ship raised him as one of their own until he reached his 17th arc. No Biqaj claimed him as their own child, but instead he was accepted as a member of the ship. They taught him to how to enjoy a life on the sea, and even how to defend himself. But one day when the ship was capsized, it was revealed that Urikyar was unable to swim. A crew member dived after him, and dragged him back onto a raft. The crew commented on his unusual warmth despite being covered in the cold seawater. It took a few seconds before they realized that the man wasn't breathing. It only took a single chest pump to burn a crew member's hand. It was a known fact that the heat of an aukari is strongest in their chest.

In Urikyar's best interests, he was abandoned when the ship landed in the port of Rynmere. He has been marooned there ever since.
Housing
He owns a small house in Andaris city, but he doesn't have a lot of pleasantries. He only has a small cot to sleep on, and has not invested in decorating it with photos, paintings, or even painting the walls. It has crossed his mind that maybe he should decorate it so that it would be more 'lively' but has ultimately decided against it because he doesn't plan to stay in the house for the rest of his life.
Knowledge & Skills

Fishing: How to fish
Leadership: One decision impacts the group
Stealth: Tread quietly