Hey there, OOCLY feel free to call me Kelson and nice to meet yaz! I mostly come from a background of role playing Star Wars on various sights and even on Jedi Academy. I have been role playing for a whopping eight years and it has mostly been sci-fi and things of that nature, but i always wanted to do some form of medieval fantasy role playing. And then, low and behold, on a certain someones Skype update, i saw a link to this site (you know who you are, feel free to speak up

). The name intrigued me so i went and investigated and i very quickly found myself intrested.

And so here i am. For a bit of information on me, i have done a lot of medieval re-inactments and even more medieval combat fighting. One of my favorite hobbies was (need to get a forge again) blacksmithing. I used to make a lot of knives, tentstakes and things of that nature. If you asked me if i was skilled in anything, it would probably be blacksmithing and history. Fighting too, but that doesnt paticularly come up much (not at all) outside of re-inactments (probably a good thing :p). I live in the US by the way.

As far as roleplaying goes, i like to put subtle to not so subtle humor in my writing most of the time. It can vary from light to black humor, but i do my best to keep it light and make sure it suits the situation. As far as text roleplaying PvP, i have very little (none) experince. The PvP i did do was on Jedi Academy, which had an actual combat system and we used that to decide victors. So for when i PvP someone, i will probably ask you many questions on what you think about how i handle things, and if there is anything i should change. Ignorant noob shall be ingorant, so forgive me in advance.

Other then all that, hmm.. Guess i can talk a bit about what my character will be starting out. Dresari here will be a former Archer for a place (Etzos/Andaris, one of the other probably) and will be a deserter. He started out life as a hunter, got drafted (against his will) into the military, and after a nasty defeat he fled into the wilderness. Currently intrested in mercenary work that will take him anywhere that doesnt involve the place he came from. And getting out of the wilderness where he is. Dont ask where he is exactly, i dont know yet either, but suggestions are extremly appreciated

And so yeah that about sums it up. Ask away any questions you wish to ask! Comment's and suggestions are welcomed.
word count: 463
Top 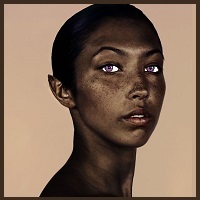 You did come over! Hurrah! Looking forward to RPing together again, also if you have questions I don't know the answer to, since I'm still relatively new here too, the chat here usually has folks in it who are super helpful and fun.
word count: 45
Top Welcome to ST! It is interesting you hail from a starwars forum and I think you will adjust quite well here, as Starwars is regarded to have both elements of Sci fi and fantasy.

When it comes to combat, perhaps ask someone to spar with your character, so you can get your head around how it works.

It sounds like you will be the go-to with questions on blacksmithing too !