• Memory • The Flames Will Consume

Kyrae finishes her training with the occult and is given her assignment. 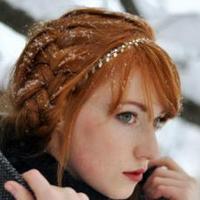 The Flames Will Consume Kyrae sat and looked out at the temple, her eyes flat and lifeless. She supposed so many of her fellows looked out at this scene and saw something to be desired, something to be envied. She saw only chains constraining what the Aukari were meant to be. Sometimes she wondered if Faldrun wore such chains himself, if the Fire Within longed for his consumption as well. If so, then he was as much a fool as her fellows. If not, his ignorance in trying to force order onto what should rightfully be the bringers of chaos could be forgiven.

Turning away from the temple, Kyrae used her thumb to push her glasses up her nose and looked at the hourglass in her room. It was almost time for her to go to the temple and end her training. The prospect brought a cold smile to Kyrae's lips. Beyond these walls she'd be free to throw off the veneer of contentment with this Heaven of Sirothelle and do as she pleased. She closed her eyes, recalling the fear in the eyes of the slaves as her claws had torn them open, the elating cries of pain and agony.

Opening her eyes, Kyrae thrust the memories away, then assumed the veneer of obedience and absolute belief. It wasn't as hard a task as one might have thought, for she fully believed what the temples taught. But belief and compliance were two different things, and she also fully believed that one day she would be the one to see Sirothelle burn to ashes. Pulling her cloak about her, Kyrae left her room and started to head towards the temple, wondering where they planned to send her, and how long it would take them to realize she hadn't gone there at all.
word count: 314
Top
Post Reply Request an XP Review Claim Wealth Thread
1 post • Page 1 of 1