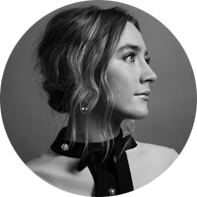 Lazuli smiled and brushed a tear away from her right cheek with the back of her hand, the skin over her cheekbones flushed a pale shade of pink where the blood had rushed to her head and made her dizzy with self-awareness. Not only was she terrible at taking criticism, she also found praise hard to accept. “You’re kind, Vivian,” the young woman smiled and bumped her cousin playfully with her shoulder before drawing another bolt to fix to her crossbow.

Lazuli watched Vivian take her shot, observing the woman’s posture and stance, how far apart she held her feet, the angle at which her elbow was raised, and how close her hand came to her cheek when she drew back the drawstring. When it came her turn to take another shot, eyes clear having blinked away the tears and cheered up considerably, Lazuli was better able to see the target, take aim and pull the trigger, watching the bolt sail into the target to land a shot this time.
The two of them had vastly different combat styles, both with the sword and in their ranged classes, Vivian with her short-bow, while Lazuli preferred her father’s hand-me-down. “I’ve been thinking,” the farm girl admitted as she turned her attention on Vivian once more. “I’d like to join the Skyriders and be like you.”

Like you, made the term sound so loaded and Lazuli worried Vivian might take it the wrong way and quickly rephrased the words. “You’re so brave… after the forest? I don’t think I would have ever left the house again placed in your shoes. I’d like to be more like you, cousin.”
word count: 295
Top Vivian laughed a bit as Lazuli called her kind, then shook her head. "Try telling that to our classmates." she said. She'd had a reputation for being cold and kind of a bitch for more than a few years, a reputation that she had to admit she had earned. Though Lazuli's next comment took her by surprise. "Like me?" she asked, before Lazuli explained what she meant.

Vivian took a moment to think over Lazuli's reasons, nocking another arrow to her bow and firing at the target, once again hitting the outside edge. "I'm not that brave, not really. It's been twelve Arcs and I still can't go near deep water without breaking down. But the military can help you, if you feel you need it. Personally, I don't think you do. But you'd be a good soldier, just as you'll be a good duchess, in time." she said, smiling at her cousin. She supposed she was being nicer to Lazuli than she was to most, but she did genuinely like her cousin, even if she didn't always understand her very well.
word count: 199
Please send all PM's to Basilisk.
Top

Remarks:
Good read. It was a shorter one, but you got across what you needed to, and threw in some glimpses into Lazuli's past. I enjoyed reading and grading it. If there are any comments or questions, feel free to PM me.
word count: 200