Shenanigans of Alcohol and Arcana [Ciaran] 716 Arc, 3rd trail of Ashan
Andaris Farms
7th Break
The snow would’ve been cold if Peake’s stomach wasn’t as full of wine as it was. Although these days were not as usual as he would’ve liked, Peake sometimes found a break between his two jobs, and escaped somewhere to simply drink and drink until he had to return. Those days and nights, blurry journeys fueled by wine, powered by lust, and motivated by anger were Peake’s favorite routine. It was in those lonely nights in which he could gloat in his own anger and self-loathing, doing so with fervor as he held onto those negative emotions for he knew he was nothing but a husk without them. His drunken journeys took him here and there, between a pair of legs at times, between vomit-coated alleys at others. He recalled his actions while drunk, yet he had done the same things over and over again that he simply stopped bothering trying to register what happened. Covered in his cloak and holding onto his bottle of wine, Peake sipped again, his beard damp yet unable to freeze in the cold of the night.


The roads were clear and Peake was the only soul in sight, if he counted as a soul that is. Ashan brought snow and cold, and work was hard, so some farmers didn’t quite dare fight the frozen soil with their picks. It had been a while since he had encountered anymore, the last being a group of knights he threatened in order to take their bottle of wine. Power did not leave room for morals and honor, no matter what his superiors told him. Peake had long ago dropped his when he realized they only brought him pain. The memory of his mother’s tears still haunted him, and still filled him with his anger that snuffed away his joy day after day. It were those morals what forced him to promise he wouldn’t tell, that he wouldn’t reveal the secret that only he hides. It was only when he was drunk and lost somewhere that he realized just how empty he felt, how meticulously detailed was his life in the eyes of his father, his crafter, the artisan that had shaped a piece of clay into whatever his whims desired.


“Do you know… who I am!?” Yelled Peake, lonesome walker in the lonesome morning. “Me… Me…. Look at me!” Speaking to nobody and everybody at the same time, he giggled as he let his head hang from his body, his drunken swagger bringing him forth step after step. “That’s right… simpletons, hide… in your puny houses…” His voice faded into a whisper, the air not quite enough to keep his body working properly. It was his endurance what kept him from passing out, from falling right there and dying in the cold like a cur that dies in an alley. The years in experience in excessive alcoholism had even taught him how to avoid vomiting. It was really easy, in fact. Do not focus on the cold or the heat of your face. Take your mind away, let it sail through the ocean of emotion, lose it in distant memories. Peake did so unconsciously due to his experience, and so his only objective right now was to stagger forward and ramble with the blurry thoughts that crossed his mind. At least, his eyes caught the blurry shape of a man in the distance, and so a hand came forth to point at him, doing his best to display the most refined stance he could possibly accomplish.


“Halt!” He yelled out, the figure indeed stopping and looking. It seemed like a knight by the shape of the frame, yet it could be an old wrinkled woman for all he knew. “Stay there!” Peake giggled as he dragged his feet onward, body dancing, dangling here and there that made him seem as if he was raised from his grave by a mentally ill necromancer. He was indeed a knight, that frame in the distance, as Peake confirmed when he finally arrived before him. Peake was, as usual, the tallest individual around, and this knight was no exception. He didn’t even had a beard, which only confirmed Peake’s thoughts about the immaturity of the individual. He was rather young, too, so Peake knew he could get away with pretty much anything. The Knight, drapped in chainmail, carried a bag full of weapons, apparently, which was immediately the main focus of Peake’s eyes. “You… what do you have there… simpleton?” Peake even smiled to him, leaning forward and planting his hands on the Knight’s shoulders to support himself. The Knight seemed to think about his reaction for a moment.


“Property of the Iron Fist. Please stand aside.” Said the young adult at last, trying to sound as imposing as he could before the drunk giant. Peake did not budge, however. Peake was really good at detecting fear, for he had made it his profession and his specialty. His drunken eyes could detect the shaking gaze of the youngling before him, his insecurity found in its very eyes. “No... You think I… Peake Maxos Andaris…. Steward in the Iron Fist… Lord of this Lands… will step aside?” The knight seemed to capture the idea, and so he fell into silence. “What do you carry… down there?” Asked Peake, obviously in control of the situation. “…Just some weapons I bought from the Iron Hand. Mostly damaged equipment or simply outdated. I asked my supe---“ Peake leaned over and took a hold of the bag, having to pull the Knight’s hand to wedge it free. Crouching down the best he could, trying not to fall on his face and start rolling around in his drunken haze, Peake opened the heavy bag and inspected the items. Indeed, it was old equipment.


The Iron Hand would have better luck buying new stock in bulk than to try to repair or update the armory piece by piece, thus they often sold these items to blacksmiths to recycle the metal. Some squires often took the weapons they used, purchased them from the Iron Hand as tokens, as an heirloom that reminds them what they had accomplished. Peake had done the same, buying the shield he carried around in his years training as a recruit. That shield was still around, maybe under the bed or left forgotten in some brothel. Not much of a sentimental man. Peake’s eyes found a bunch of javelins, which he immediately began extracting from the bag. “I need… these. You… You send me a letter in Andaris House… and I’ll pay them for you… simpleton.” The boy didn’t complain, Peake standing up with the five javelins, trying to eye the boy but his eyelids didn’t allow it. “Pick your bag… and go... You have my permission.” The boy didn’t say a thing, picking up his bag, offering a silent bow and continuing down the road.


Noble blood was a blessing in these senses. You could get away with anything, and Peake made use of his titles often. Maybe it was only to spite his father, for he was certain he would’ve gladly be born a commoner instead of under the belittling father of his. Shaking his head, Peake left aside the fantasies and instead turned to face the open farm that stood before him. The darkness was slowly wavering, yet the cold was still present. Dropping the javelins to the ground, all but one remained in his hand. “Look now!” He yelled to the bare and open field before him, a piece of land that belonged to a house in the horizon. “Peake! Professional Javelin Man… Slayer of Underwear, Glory of Andaris, Bastard of Rynmere!” He giggled dumbly as he prepared himself for a throw.


Almost unable to open his eyes, Peake brought his arm back, and after taking a long breath, he took a few fast steps forward in order to gain momentum, the last stride used to fuel a jump, and in the middle of the air when his momentum was the greatest, he brought his arm forward and tossed the javelin forward. The momentum was so great in fact that he ended up in the soil, looking up at the blurry weapon that weaved through the airs, landing approximately 60 yards away from him. Not an excellent toss, but still enough to bring a cheer from his mouth. “Yeaaaaaaah! He does it again! Amazing throw! Javel-in-ass!” The cheers to himself were well received by his intoxicated mind, bringing forward a hearty laugh that, unfortunately, brought forward the vomit in his stomach. And so his self-induced laughter was suffocated by the vomit of his bad habits.
Thanks to Lazuli for this amazing template!
word count: 1494
Top 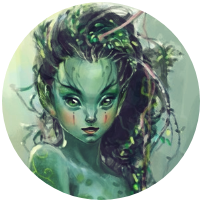 - - - - - - -
Comments:Given that it was one post, I did not feel I could grant you full points in story. I gave you two cuz I was able to crack a smile. The comedic value of the post was well worth those two points. I also granted you the title of Slayer of Underwear. Why? Because I can and I am sure that someone heard Ser Andaris' drunken tirade. Who wouldn't want to know Peake as the Slayer of Underwear.

If you feel I've missed anything or if you have questions about your review, please don't hesitate to send me a quick PM. Thank you!
word count: 265