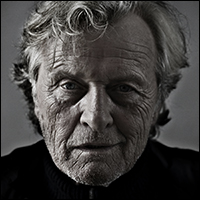 Frid is a strange Avriel. As an old fellow, he is neither loud, nor boisterous, nor does he share the superiority complex of his peers. A need to go against the flow of the torrent that is the Avriel culture, seems a powerful part of Frid’s ethos. He has never been one to play by the rules and is in fact, entirely about rewriting them.

Bitter at the Avriel and thus, bitter at himself, as Frid has aged, the feeling has only grown stronger. Now, it has culminated to a single point of reason: the Avriel must pay.

Frid is stern but softly spoken. There is defiance in his spirit. He hates to give in or give up. Some may call him stubborn, but he would simply call it, “strong minded”.

Age has made Frid slower in body, but not in mind. Though sharp, he is set in some of his ways. ‘Habits are tyrants,’ goes the old saying. While he may wake early and keep himself always organized, when it comes to doing something entirely new, he has difficulty learning or adapting.

Frid also shares typical mannerisms as old men go. He still spokes a pipe despite a raking cough, he enjoys whistling pointless, non-melodic songs, telling the same stories of his younger days, complains about the younger folk and finally, he finds it hard to pee.

Frid shows every year on his face, as if each arc of life was just another wrinkle stroke added to the many. His hair was once blonde but the color has since been wrung out by time, leaving only a silvery grey. His eyes, are still the same inky black as they always were and there is almost a youthful quality among his aged surround. His lips are often pursed and one side seems to draw up in a tell-tale grin.

Frid is tall with a body of average stature. His muscles have already started their process of age, leading to the usual cracking knees and shoulder joints, cramps and the like. Having kept active since a young age, he is fitter than others of his age.

Frid has one black, inky wing. The other is merely a stump. He cannot fly.

His torso and back are covered in the same black feathers.

Frid did not want to return anywhere even in the same region as Athart. Cruel and terrible Athart, with the eternal cracking of whips and the groans of slaves ground down to a something barely recognizable as ‘life’. Frid’s bitterness of the Avriel race was only slightly more than of himself. He recalled his own careless past as an Avriel adolescent, having left his well-to-do family with a big reputation to keep. He started to realize – why was his race so inherently…evil? The question was raised again and again. He had no answer for it.

When he left Athart and never came back, he settled with a family outside of Etzos, in a small house. He attempted farm work and failed as no other wished to do business with an Avriel with an Aukari wife. They managed to scratch a living somehow. She would work odd jobs for those who did not seem to mind she was an Aukari. Frid used his wings to aid the local authorities, scouting the whereabouts of fugitives. Too often he had to swoop down upon them, knocking them down with the butt of his sword. A near mortal wound from one particular job made Frid hang up his sword and pursue something else.

As time passed, Frid had outlived his wife. The Aukari did not live long: she had passed at 30. He often visited her grave. At one such time he encountered an Avriel who swept down in front of him. This one was sent from Frid’s family, not to take him back, but to punish him for smearing their reputation by his defection of Athart. The subsequent relations with an Aukari simply made their case stronger. Swords were drawn and they rose into the air to duel.

Frid fought like a man who no longer cared.

In the air they fought. Blades were swung but Frid’s enemy was stronger and quicker. Frid did not notice when his enemy hacked off one of his black wings. Perhaps it was the shock. He fell from the skies and crashed in trees below. His enemy searched for his body but found none. He assumed his target was dead.

Frid lived. Barely. At the foot of a tree, Frid bled profusely from the stump of his wing. He fell unconscious.

A neighbor had found him before he had bled out. She and her husband had managed to stabilize his condition and after months slow and an agonizing recovery during the Cylus, he had finally healed. Throughout his recovery, Frid knew the answer to his seemingly unanswerable question. The Avriel were evil from culture not from design. For this, he decided, the Avriel must be destroyed and allowed to recreate anew.

He paid her handsomely and left that place.

He decided it was time to move on.

Traveler’s Pack
• A brown, dusty cloak, torn on one side to allow his wing to function. A loose shirt, well fitting pants, undergarments, and a pair of brown boots. All clothing is standard quality.
• One tent (sized to accommodate two people or one person and their possessions.)
• One riding horse.
• One horse-pulled wagon (two feet wide, three feet long, two feet deep)
• 100 feet of rope
• One tinderbox.
• A set of six torches
• One Lantern
• One bedroll
• A compass
• A fishing net or fishing pole with a set of thirty hooks.
• A blanket
• Four rucksacks
• A knife
• One waterskin
• One set of toiletries
• One set of clothing.
• Two rags.
• A set of trapping equipment

Frid's steel scimitar, "Talon" has been part of his family for generations. The sword begins straight from the hilt until it makes a hooked curve. The end result is a sword that looks similar to a "p" shape.

It is holstered in a leather sheath, strapped to his belt.