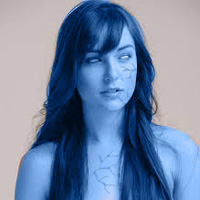 This was probably a silly question but do you know if there will ever be a race that fills the the short quirky race archetype in this game. Like the Gnomes or Halflings form D&D, The Asura from Guild wars 2, the Lalafell of Final Fantasy a realm reborn or Gibberlings from that one game (they're hive minded puppy people).
despite being 6'2 in real like I almost exclusively fill the roll of the short odd little freak in nearly ever role-play I've been in. I was hoping wisps would fill that role in like a princess mononoke tree spirit kind of way since spirit animals are a thing but if they aren't going that direction that's cool.
I fine with my current character, I was just wondering if this was open for consideration in the possible future.
word count: 145
Top

At this stage nothing is off limits but we will be focusing on finishing off what we currently have, anything else (including what you see but isn't finished), will be introduced through RP.
word count: 34
A N D I T' S A L L J U S T S M A L L S T U F F, B A B Y.
Top

sorry I thought I answered this.
I'll just help develop things that need to be developed in the mean time instead of asking for new projects that probably aren't that necessary.